With Cedar Point back, Sandusky looks to show off refashioned waterfront after pandemic derailed plans 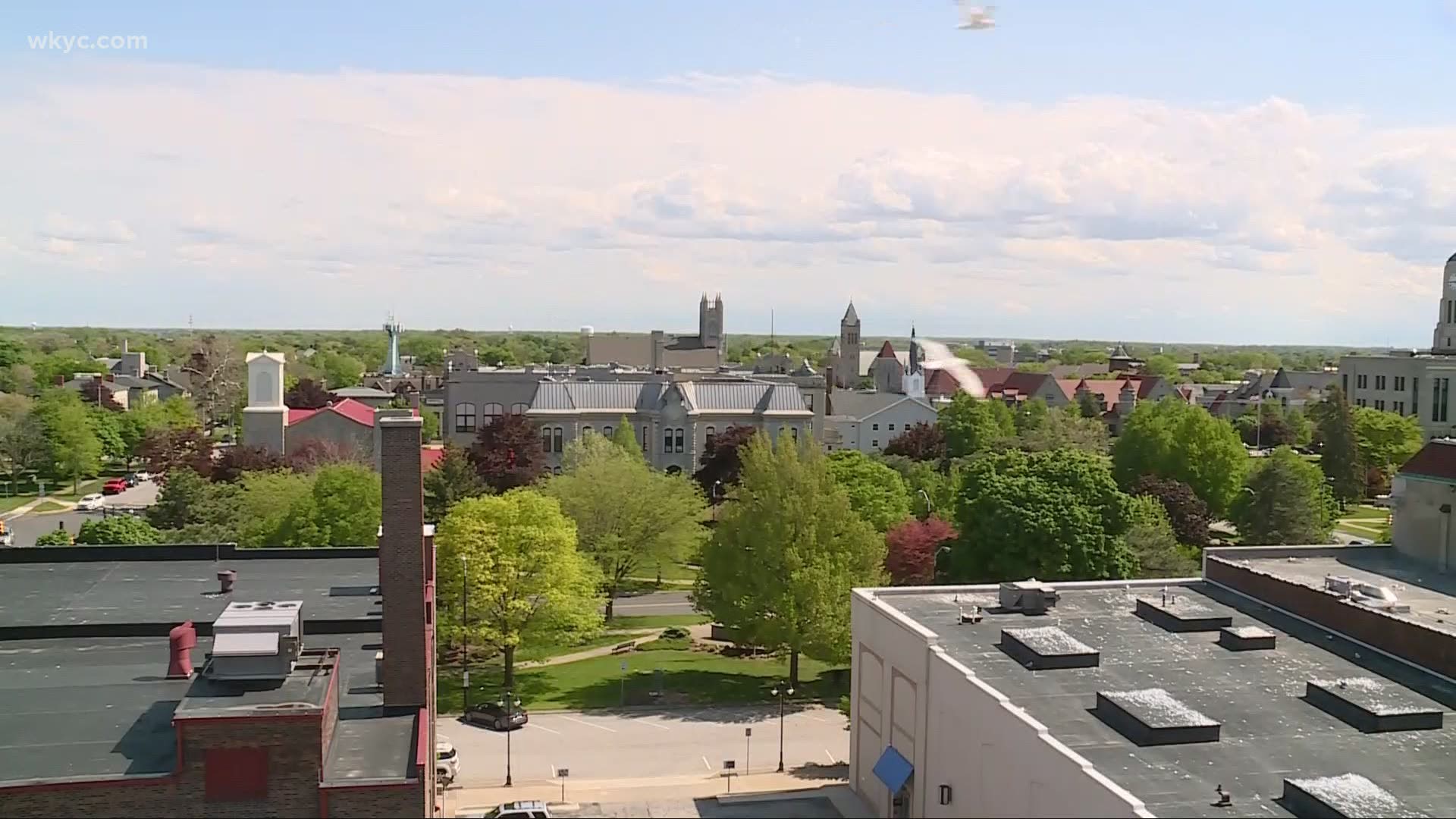 SANDUSKY, Ohio — Editor's Note: The above video was part of Mark Naymik's previous reporting on Sandusky

Home to Cedar Point, Sandusky relies on amusement park visitors to help fuel its reinvention from a manufacturing and harbor town to a coastal tourist attraction.

RELATED: Cedar Point opens for 2021 season: What's new this year and all the COVID changes you need to know

One year ago, the city was ready to show off millions of dollars of new investment along its waterfront, including the Jackson Street Pier and a new bikeway.

“We were really humming going into 2020 in Sandusky, and we were so excited and really felt like we were ready for our close up,” Sandusky City Manager Eric Wobser said during a recent interview.

Sandusky has long benefited from tourist spillover from the Lake Erie islands, Cedar Point and nearby Kalahari Water Park. But the city has been preparing for years to stand on its own, propped up by tens of millions of dollars of public and private investment in downtown apartments and condos, restaurants, a boutique hotel, pubs and bars and retail shops. The pier, which features indoor and outdoor event space and a promenade, was set to be its new center.

But the pandemic cut off its most reliable source of tourists at Cedar Point and Kalahari. The amusement park generates a third of the city’s taxes and was expected at the time to only operate with limited capacity. Kalahari, which is not in Sandusky, was shuttered for the season.

“We probably got punched in the face by COVID-19, particularly financially, as hard as any community in the state,” Wobser said.

Sandusky made dramatic budget cuts, cancelled events and festivals at the pier and prepared for the worst. It offered some small grants to struggling businesses. Other business owners shifted plans.

“I guess I should say, you know, it was a Top Thrill Dragster-style drop over across the bay,” Ryan Whaley, an entrepreneur who’s invested in numerous projects in downtown Sandusky. “It scared us.”

“But I think if anything, it [pandemic] proved how resilient this community is and how really awesome this area there is,” he said.

As the summer went on, people found their way to the 200-year-old city, drawn to its walkable downtown and waterfront.

“To lose those big two six-hundred-pound gorillas and still thrive as a city and a destination, it really it shows you that power of tourism that again,” said Bryan Edwards, director of marketing at Lake Erie Shores and Islands, the region’s tourism bureau. “Our outdoor venues saw record numbers, beaches in here on they saw triple their normal parking lot revenue last year because, again, people were trading those other attractions for that outdoor space where they can spread out on a beach and still have a vacation.”

Whaley said he sold out of boards and kayaks. And the juice bar in the back of his shop moved to a larger space. He is now building a tiki bar in the empty space, which faces the new bike path.

And he already sees signs of a promising summer.

“We have an Airbnb rental in the shop so above us and I've found that that's almost pretty much sold out for the summer or getting close,” he said. So that tells me that folks are certainly looking to visit the area.”

Edwards said the tourism bureau’s website traffic – one of its key indicators – is ahead of last year and will likely eclipse earlier years.

“We're beating numbers last year, but even the year before that, even before the pandemic,” he said. “And those were record numbers in 2019. So we're excited about the future.”

Andrea Crawford told 3News last spring she was worried about the pandemic’s hit. But she saw an increase of boaters at her waterfront bar, The Dockside Café.

She also owns Crush Wine Bar downtown and, after making changes to adhere to health orders, she found a steady flow of customers and later expanded with a patio.

“The path Sandusky was on was for growth,” she said. “I don't think it stopped. Might have slowed down a little bit, but it's definitely on growing. We have new construction going on right across the street from us. We have buildings that were in disrepair from a bad storm that are being renovated. We have new condos being built in old building. We have businesses expanding.”

Crawford, who moved here 13 years ago, said Sandusky is still an undiscovered destination.

“I saw what people are seeing now,” she said. “This is a jewel of a town, the amenities that are here, the proximity to other small cities and larger cities, the lake. So it excites me when somebody says, oh, my gosh, like, I want to spend more time here. I want to I want to buy a house here.”

The waterfront festivals and events postponed last summer are back on this year, Wobser said. He added that the city has received interest from companies in building of a new hotel and conference center in the next five years.

Bowling Green State University also launched a new degree in tourism management that partners with Cedar Point, an investment that is attracting international students to downtown, among others.

Optimism is as steady as the winds blowing across Sandusky Bay.

“We're also bouncing back quickly and we think we'll recapture that momentum and are really very excited to welcome people back to the community in 2021,” Wobser said.