Students at University School make their own maple syrup every year and they showed us how the sap is boiled down and bottled. 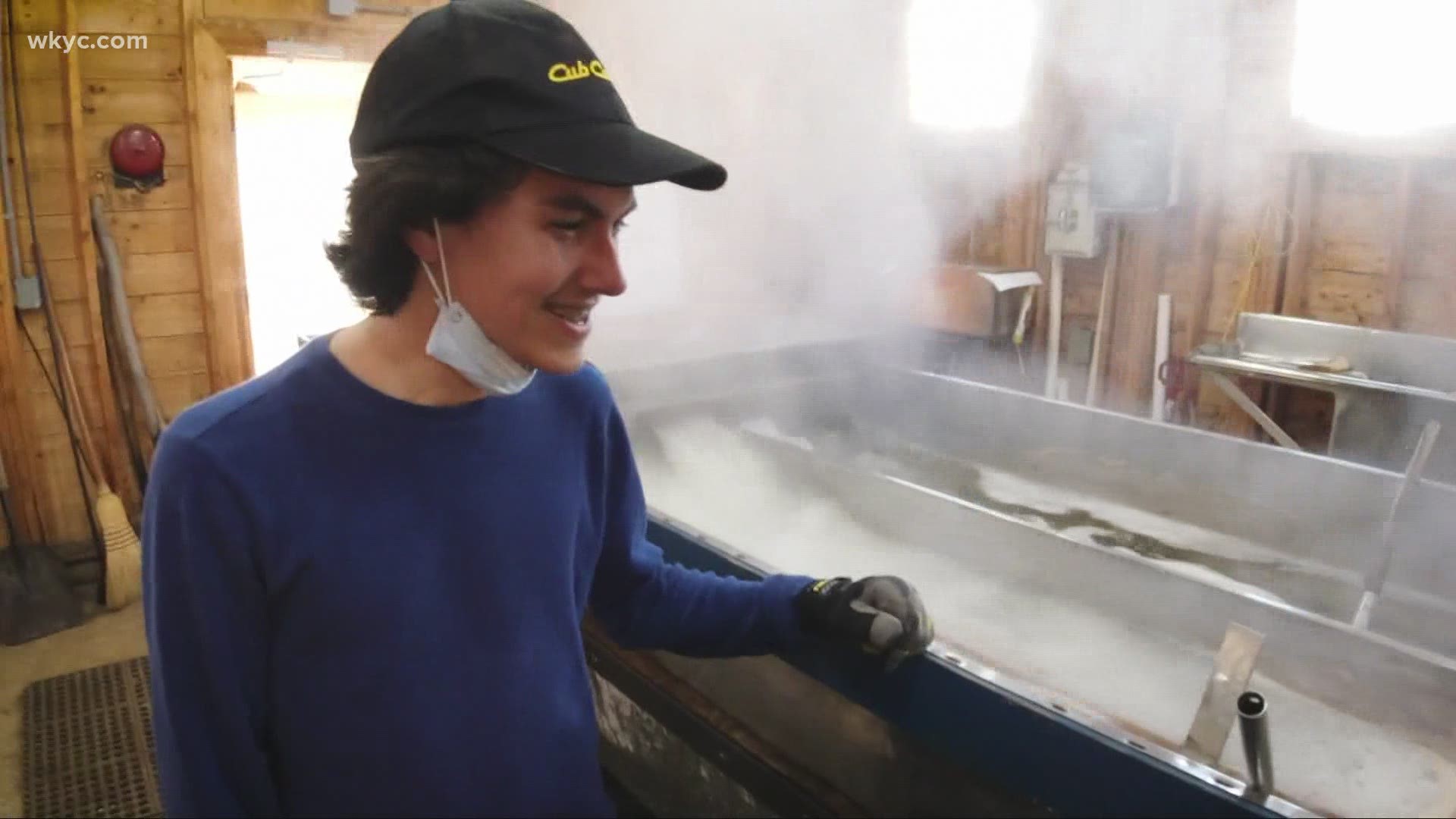 HUNTING VALLEY, Ohio — Late winter is maple syrup season in Ohio! Warm afternoons and cold nights help the sap flow in the maple trees so it can be tapped, collected, boiled and bottled.

The sugar house is letting off a lot of steam this time of year. Students at University School in Hunting Valley are busy refining their own maple syrup for the community to enjoy. Check out our PART 1 episode as we gathered the sap from the forest. Now that we have enough sap collected to boil, let's get the fire going!

Sap needs to be boiled about 7 degrees above 212 degrees (thus 219) degrees to concentrate the sugar.

The sap first runs through an evaporator. At first, the sugar density is roughly 2%. Maple syrup needs a sugar density around 66-67% at room temperature (any higher and it will crystalize). In the picture above, the farthest pan has new sap. Over time it is moved to the closest pan as it continues to boil. In this final stage, the temperature and density are fine-tuned to the right Brix (how the density is measured by the hydrometer).

Once the syrup is cooled down, it is bottled up for purchase. The proceeds go to fund the student-led operation that has been running since 1971. It is an entrepreneurial learning experience, too.

WHERE IS MAPLE SYRUP PRODUCED

More than 75% of maple syrup is made in Canada thanks to the colder winter climate and continued cold nights even into the spring. The rest of the syrup is produced in the USA.

Watch part one of how maple syrup is made: