Students at University School in Hunting Valley make their own maple syrup and invited us to go on a field trip to the forest to see how they collect the sap. 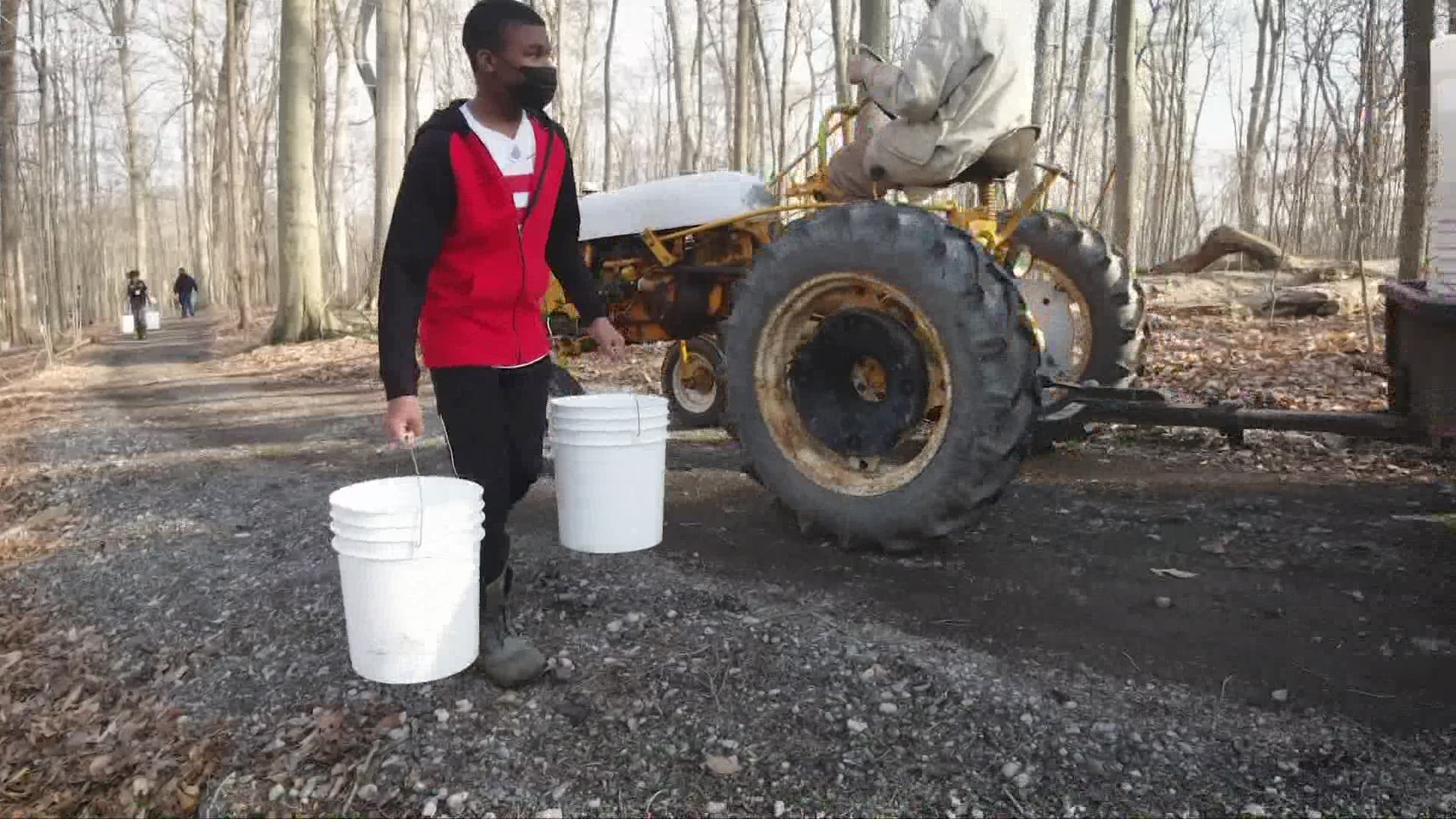 Students at University School can join a maple syrup club, which teaches students how to tap, collect and process the sap to eventually sell as maple syrup. Mr. Harmon started this program in 1971 and the students have been continuing the annual project every year since then. The school invited us to go on a field trip to the forest where they were collecting sap to bring to the sugarhouse.

HOW IS THE SAP CREATED?

A cold winter that freezes the ground helps the trees to store sugars in their roots. Meanwhile, the groundwater collects CO2. Once temperatures break above freezing (best if at least reaching the low 40s), the sap begins to flow up and down the tree. The most efficient process for running the sap is a streak of cold nights and warm afternoons.

Imagine a can of pop. If you take a cold can and leave it in a hot car, it could burst. The same principle applies to sap. When temperatures warm, the pressure increases and helps the sap shoot up the tree, sometimes 80-90 feet high.

WHERE IS MAPLE SYRUP PRODUCED

The USA roughly makes 27% of the world's supply while Canada produces the remaining 73%. Ohio specifically makes 4% of the USA's supply, or roughly 1% of the world's supply. The majority of maple syrup in the world is concentrated in southeastern Canada and northeastern United States. These areas have February's and March's with cold nights and warm afternoons.

The program began as a way to take learning outside of the classroom. Students learn how to make everything, step-by-step.