Cold blasts continue to freeze Lake Erie. The islands are frozen over and the lakeshore around Cleveland is starting to get some ice build-up. 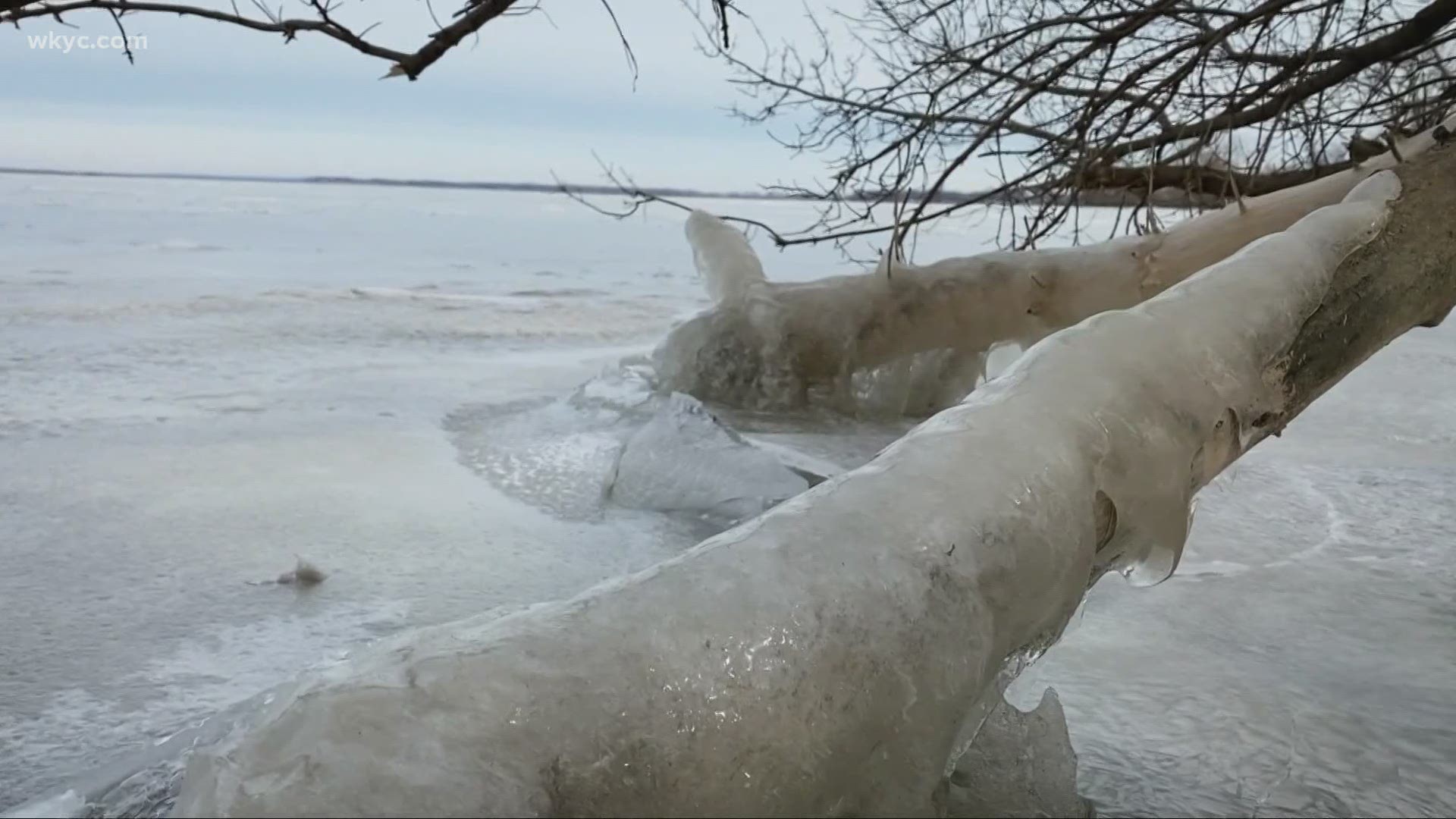 CLEVELAND — Lake Erie is freezing over again... Most winters tend to freeze a majority of the lake. Even in the warmest winters we will at least get some ice along the shores, especially in the western basin close to Toledo.

As of early February 2021, the lake is roughly 15-20% frozen. The islands are mostly frozen over with additional ice build up along the northern Canadian shores and the southern U.S. shores, including Sandusky, Cleveland and Mentor-on-the-Lake.

WHERE TO GO TO SEE THE ICE?

Most of Ohio's shores are freezing up, so theoretically you can go anywhere with a view of Lake Erie, however, here are some location ideas to check out:

Additional arctic outbreaks are expected to head south and continue to the freezing process for a few more weeks. We should start to reverse the process and begin some melting soon in March and April.

Tap HERE to check out the rest of the GO-HIO series!