Northeast Ohio is famous for sandstone ledges sculpted by ancient rivers and seas that were once here. But some of the ledges have unique carvings in them. 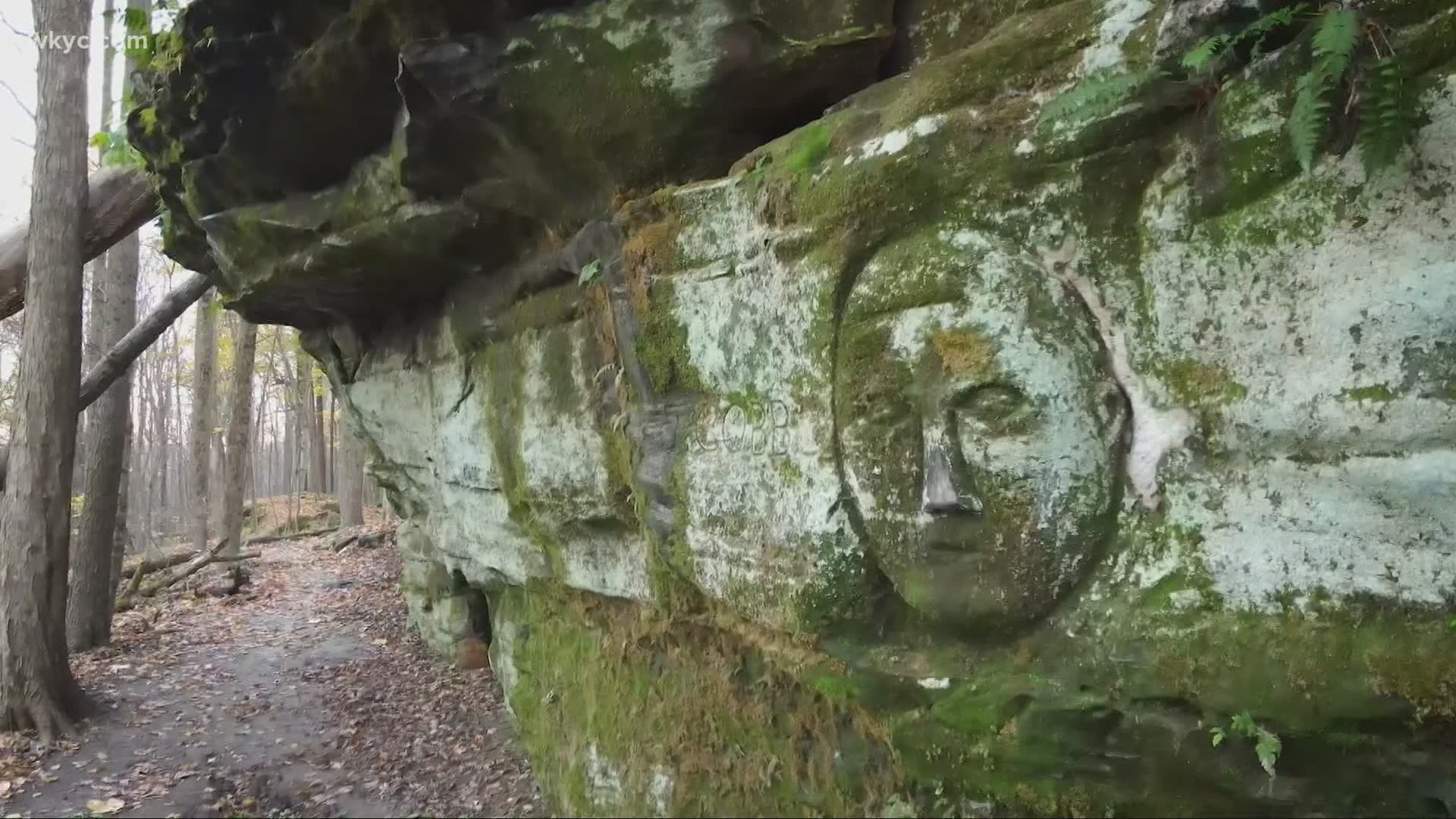 HINCKLEY, Ohio — Before the ice age and the glaciers took their toll across Northeast Ohio, ancient seas and rivers once dominated the landscape. These waters created the ledges that we see today. However, some of our local ledges have carvings in them from the past century or two, protected by the Cleveland Metroparks system.

In the 1850s, H. M. Worden purchased a 56-acre plot of land near present-day Hinckley, Ohio. He eventually passed on the family homestead to his daughter Nettie who married a bricklayer named Noble Stuart. When his wife Nettie passed away (1940s), he carved into the ledges that we see today. You'll find faces, dates, religious symbols, and nautical figures on the Worden's Loop Trail.

HOW TO FIND THE LEDGES

After parking at the Worden's Ledges trailhead, you'll follow the path into the forest. Where the loop begins, head left and you'll eventually run into the sphinx. The rest of the carvings are in the ravine just a few steps down the hillside.

The inspiration behind the faces that you'll find are from people he knew and admired (for example, he carved the face of Ty Cobb, a famous baseball player for the Detroit Tigers in the early 1900s.