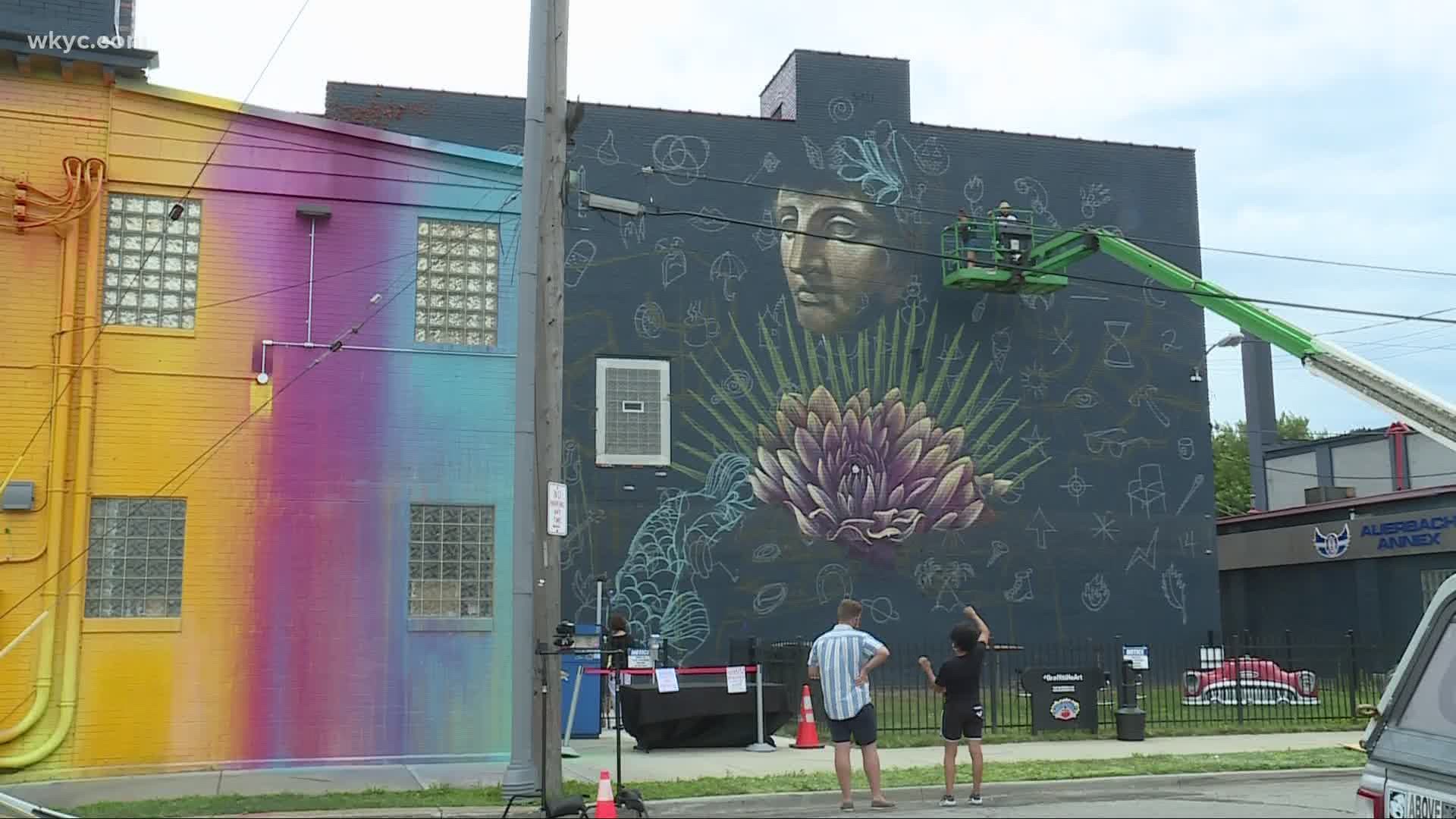 CLEVELAND — Artist Beau Stanton has made his mark in many different environments around the world. His signature bold and beautiful murals cover cities stretching from Miami to Dubai to Tokyo.

Now, he’s added Cleveland to his resume, with a brand new piece, taking center stage in the St. Clair-Superior neighborhood.

"I think changing up your environment is one of the best things you can do with creativity," Stanton said in an interview with 3News last week.

This new creative endeavor is in collaboration with local non-profit Graffiti HeArt, which supports artists and facilitates both public and private projects. Founder Stamy Paul says working with Stanton is an unexpected dream come true.

"It was probably only...maybe six to eight weeks ago at best, when the idea popped in my head, well, why not bring in a premier artist to do a big public piece and this way the community the neighborhood could have something to enjoy," Paul said.

Stanton is based in New York City but was spending time in his hometown of Los Angeles thanks to the pandemic. He was planning a cross-country road trip to return back East when he got the call from Graffiti HeArt.

"I thought, you know, it's not quite as as busy and high pressure of a year, so I can afford to take a little bit of time to spend a month driving across country and see some things that I haven't seen and gain some inspiration," he said.

Inspiration that's now reflected in a unique take on Cleveland's very own guardians.

"I was really drawn to the guardians on the Bob Hope bridge and so I'm doing a  bit of a riff on on those figures. The figure in this mural is female...but instead of uh guarding modes of transportation she's got these natural elements and a blossoming chrysanthemum and fish and other natural elements," said Stanton.

The 3,000 square foot mural is located on the side of the Fischer & Jirouch Co. building at 4821 Superior Ave - right behind Graffiti HeArt's headquarters.

"My hope is that it continues to kind of become somewhat of another micro epicenter of of beautiful art," Paul told 3News.

"I'm proud of this neighborhood and I'm really appreciative of of our friends in our community that help us make this happen."

A community, in part, behind another significant project this summer from Graffiti HeArt - the Black Lives Matter mural on E.93rd street. 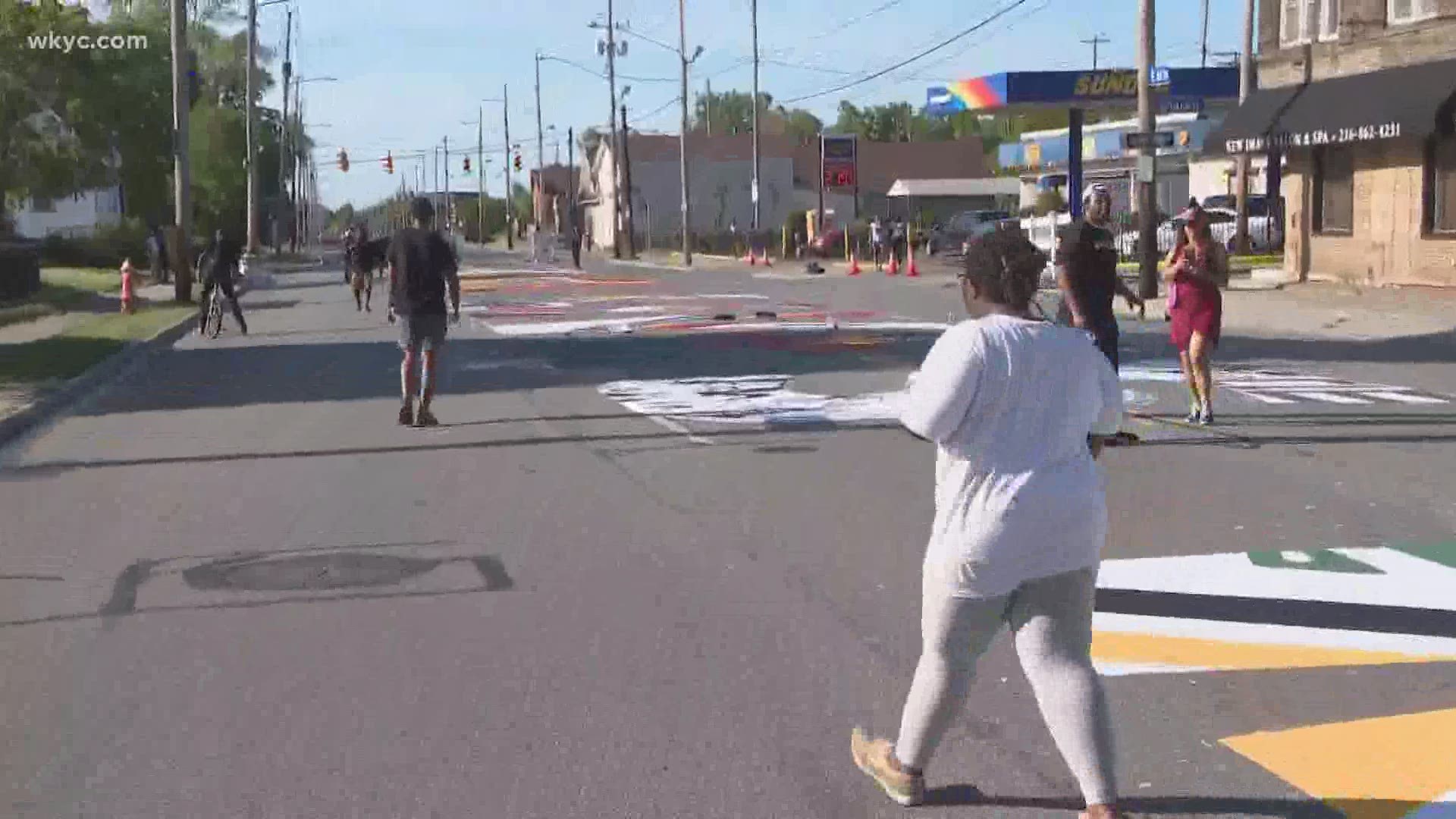 Murals with a message changing not only the landscape but also the conversation.

For his part, Stanton says, public art is an opportunity to educate.

"I do a lot of work that has to do with the environment and conservation and so...it's an opportunity to uh to make people think a little bit."