Umbrella Alley: a colorful attraction pops up in Louisville 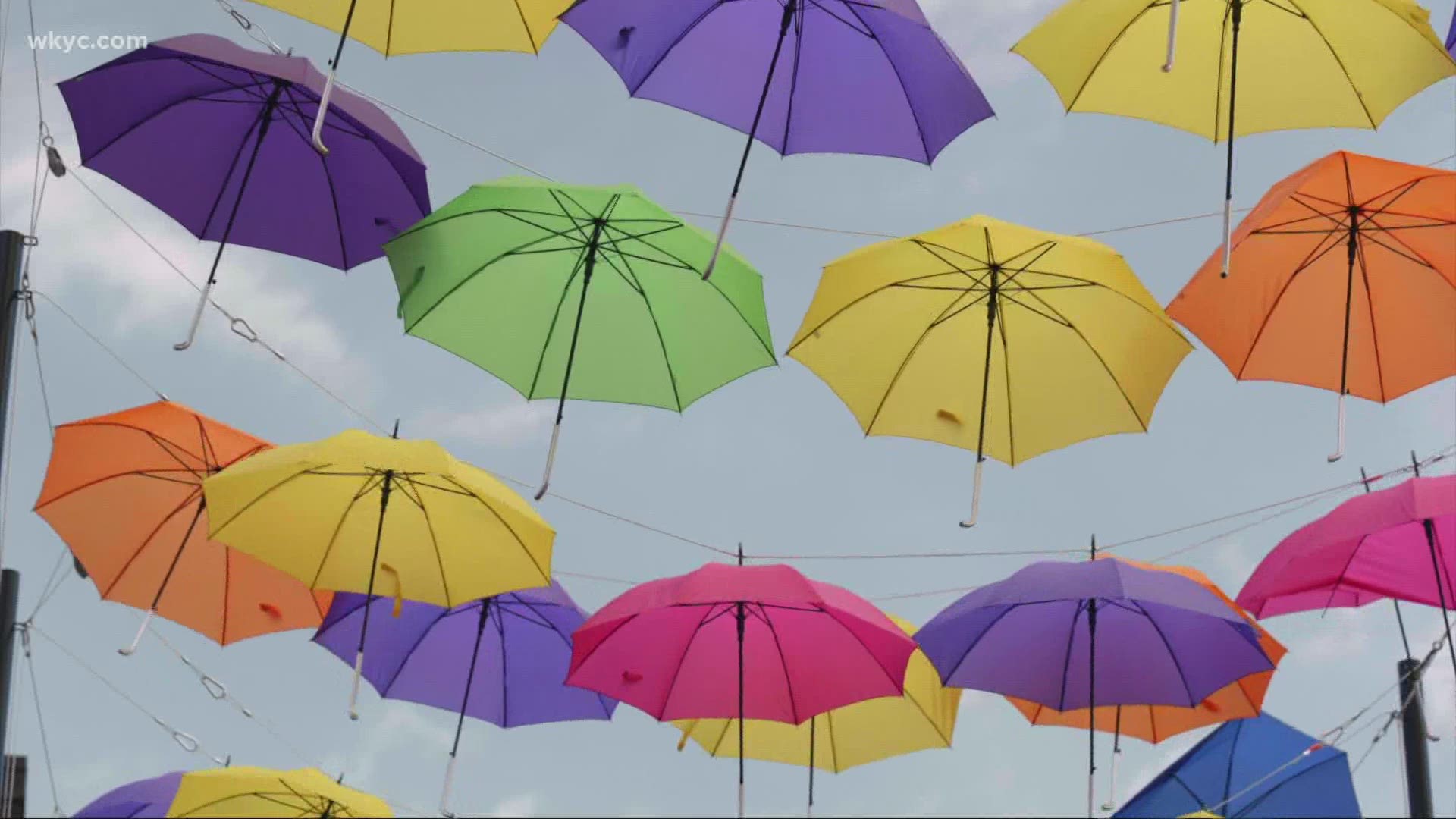 LOUISVILLE, Ohio — A Stark County community wants a new art project to put them on the map, and give people some hope, while jump starting their downtown. Big goals, but they are beginning to happen in Umbrella Alley.

“It brings people back into town whether it is for a restaurant, a cup of coffee, a t-shirt or just to see something that’s different,” added Guiley.

Umbrella Alley is were 185 brightly colors umbrellas are suspended between two buildings off Main Street in Louisville. The outdoor art display has been a 4-year project for husband and wife, Rick and Raeann Guiley. It’s not just the umbrellas, but fresh concrete, bright chairs and more is coming soon.

“And they are coming in to take pictures, graduation pictures, their engagement pictures,” adds Raeann Guiley.

The alley was inspired by displays seen in other cities around the world. It opened in May, without the fanfare organizers were hoping for, due to the pandemic. David Yeagley, who designed the installation, believes arts is needed now.

“We thought let’s go ahead and put them up. Let’s try and give something cheerful to the community that will maybe it will raise their spirits,” said Yeagley of Michael D. Yeagley & Associates.

“Hey, we can get through all of this let’s give them hope with umbrellas,” said Raeann Guiley.

Strolling down the alley, has been the uplifting moment people have needed.

“We have people coming in from everywhere to come in and see this, all around Northeast Ohio,” remarked Yeagley.

The plans for Umbrella Alley, a new art mural painted this summer. And when people can gather, it will hold local events.

RELATED: Local public art worth seeing in the middle of a pandemic