Mike Polk Jr. owns up to some questionable culinary choices and asks some friends about the weirdest things they've eaten from their pantries 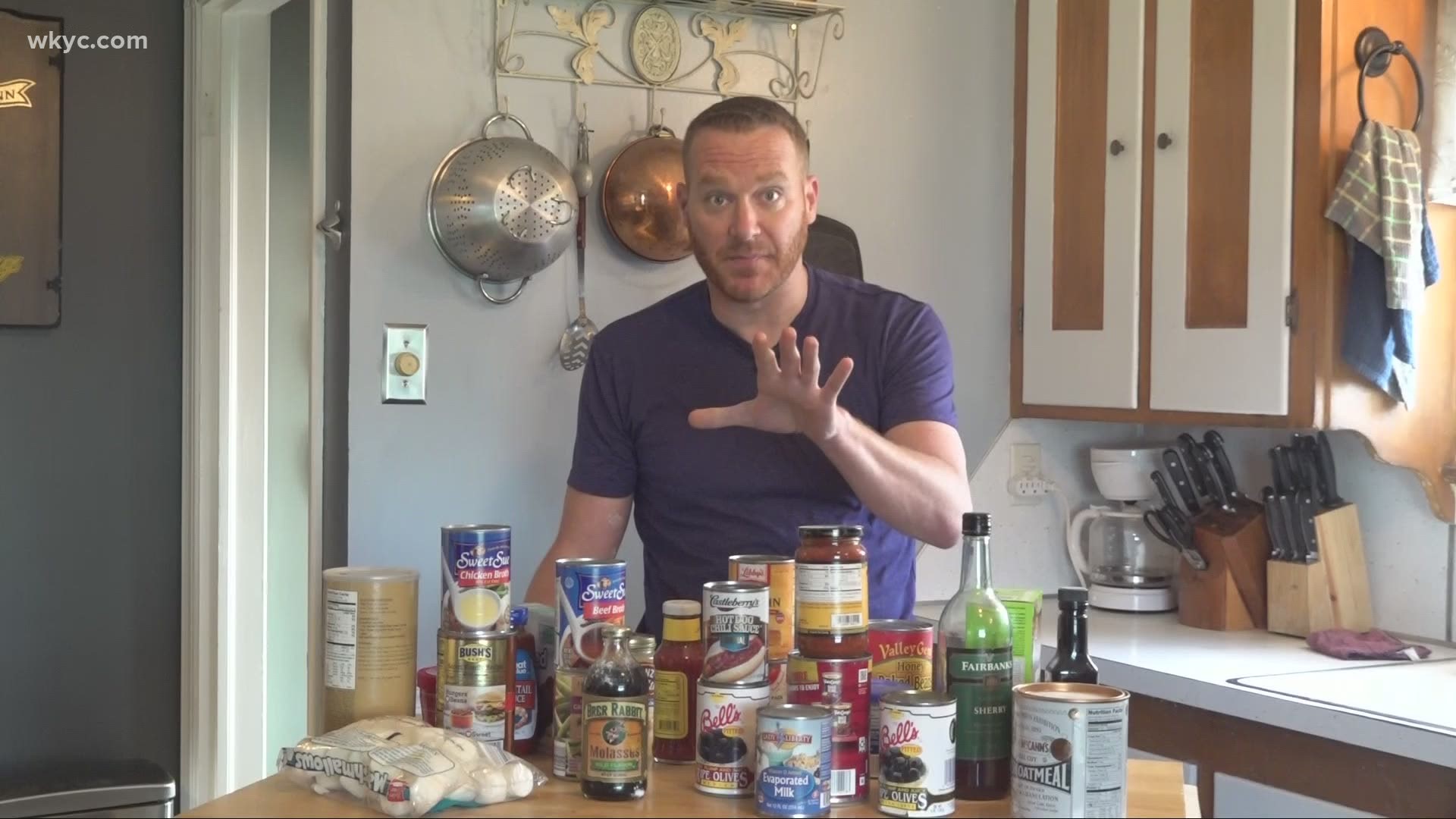 CLEVELAND — Hey folks, while straightening up my kitchen cupboards this week, way in the back I found a can of something called Libby’s Country Sausage Gravy. (PIC) And it gets worse. I ate it. It really wasn’t that bad.

I don’t know exactly how old it was because the expiration date appeared to have worn off over time but I’m pretty sure I moved with it twice before landing in this house, so it definitely had some history.

It seems like many of us have gone down some pretty dark culinary paths and eaten some weird stuff over the past several months for various reasons.

Many people are limiting their trips to the grocery store to be safe, some are using this opportunity to improve their cooking skills and broaden their palates, and then there are those of us who are simply getting a little stir-crazy at this point, so we’re endangering ourselves by consuming old food just to try and feel alive, even if that requires eating a dusty can of Libby’s meat sauce that I've owned for far too long.

So I ate it, and I lived to tell the tale, which I did, on Facebook. Where I found people to be both supportive and not surprised. Because soon, everyone was sharing with me their own recent, odd-food dalliances. A few or them agreed to speak with me on "The Zoom Machine" and confess their culinary sins.

This raises an important question that perhaps should have arisen before I ate old sausage gravy, “Just how dangerous is it to eat expired food?” To find out, I asked University Hospitals Dietitian Amy Jamieson-Petonic. And she said, it's really not the best idea to eat years-old food, but you can push the limits a bit beyond the dates on the can.

So it seems as though my fellow back-of-the-cupboard scavengers and I will live to see another day. And that’s good. Because I still have three cans of this 2017 pumpkin pie mix that I’d hate to see go to waste.