Magic Johnson believes rebuilding his Los Angeles Lakers will take two summers. So how does LeBron James fit into that equation? Jimmy and Dino discuss. 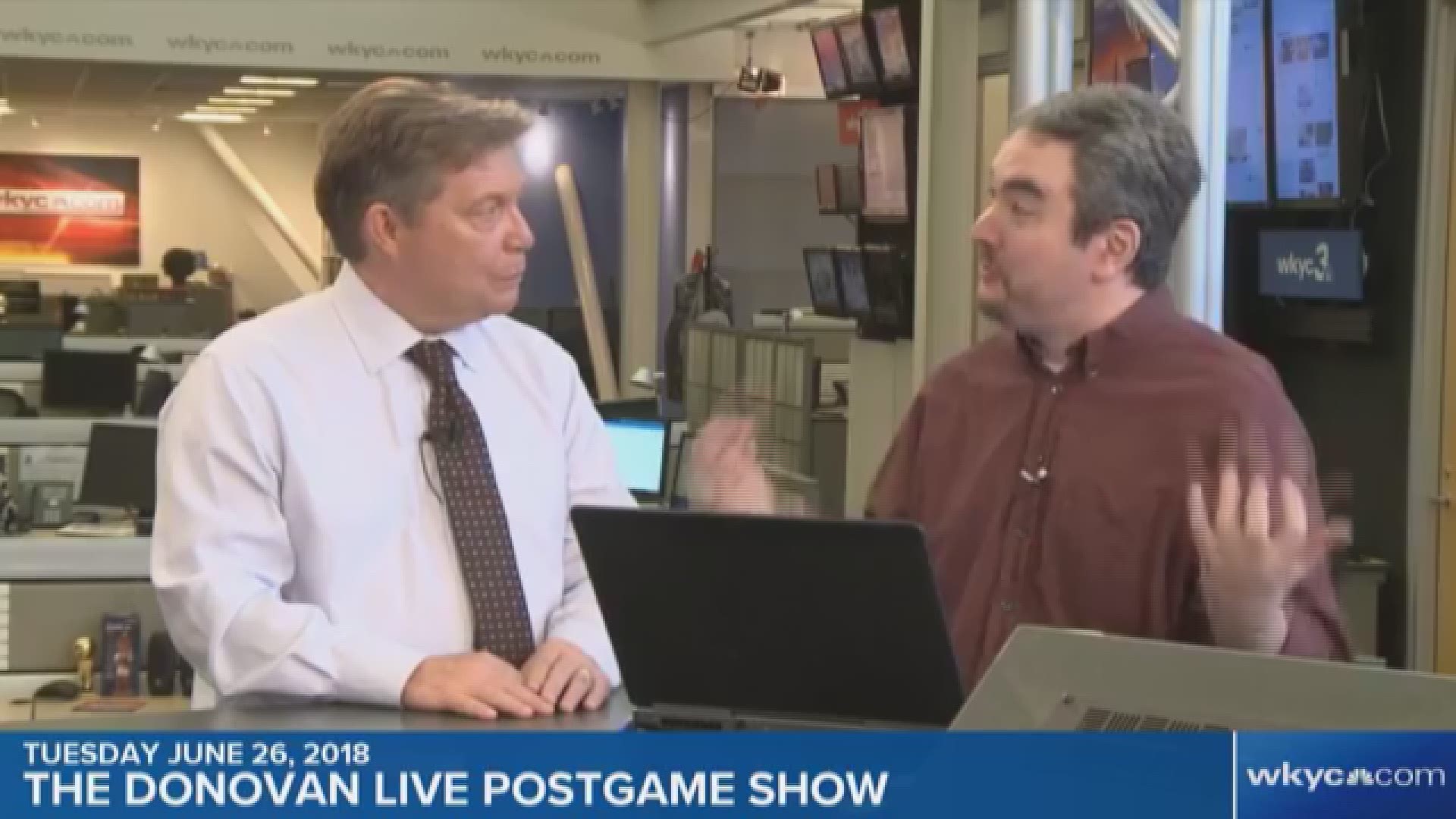 Who do you think is under more pressure as NBA free agency is set to begin: Dan Gilbert and Koby Altman here in Cleveland or Magic Johnson and Jeanie Buss in Los Angeles?

It's an interesting debate. The two franchises appear to be the front-runners to land the services of LeBron James as the four-time MVP prepares to again test the free agency waters.

The Cavs have been to four NBA Finals in four years with James back in Cleveland, including a world championship in 2016.

The Lakers haven't been relevant since Phil Jackson retired after the 2010-11 season.

That's why eyebrows were raised this afternoon when L.A.'s team president and NBA Hall of Famer Johnson made the following declaration:

"We don't know what people (free agents) are going to decide, and we can't control that. So if guys decide not to come here, it's not a failure -- we turn to next summer. It's going to be a two summer thing for the Lakers. This summer and next summer. That’s it. If I can’t deliver I’m going to step down myself. She (Buss) won’t have to fire me, I’ll step away from it, because I can’t do this job."

Where's he going with this? Jimmy and I had a number of thoughts during the show:

This all adds to the web of intrigue surrounding LeBron and what's about to happen. And if ESPN's Brian Windhorst is correct, we may have our answers in the next week.

The Cleveland Browns unveiled their Training Camp schedule for this summer. The team will hold 15 open practices to the public beginning on Thursday, July 26.

One thing Jimmy and I noticed was that there is no Brown & Orange scrimmage game this year. We talk about that, plus the fact that the Browns now seem content to hold their entire camp in Berea after discussions a few years ago about moving down to Columbus to train for a portion of the summer. What's changed, if anything?