Jim Donovan and Dave "Dino" DeNatale talk about Cookie's return, plus a preview of the Browns' final preseason game 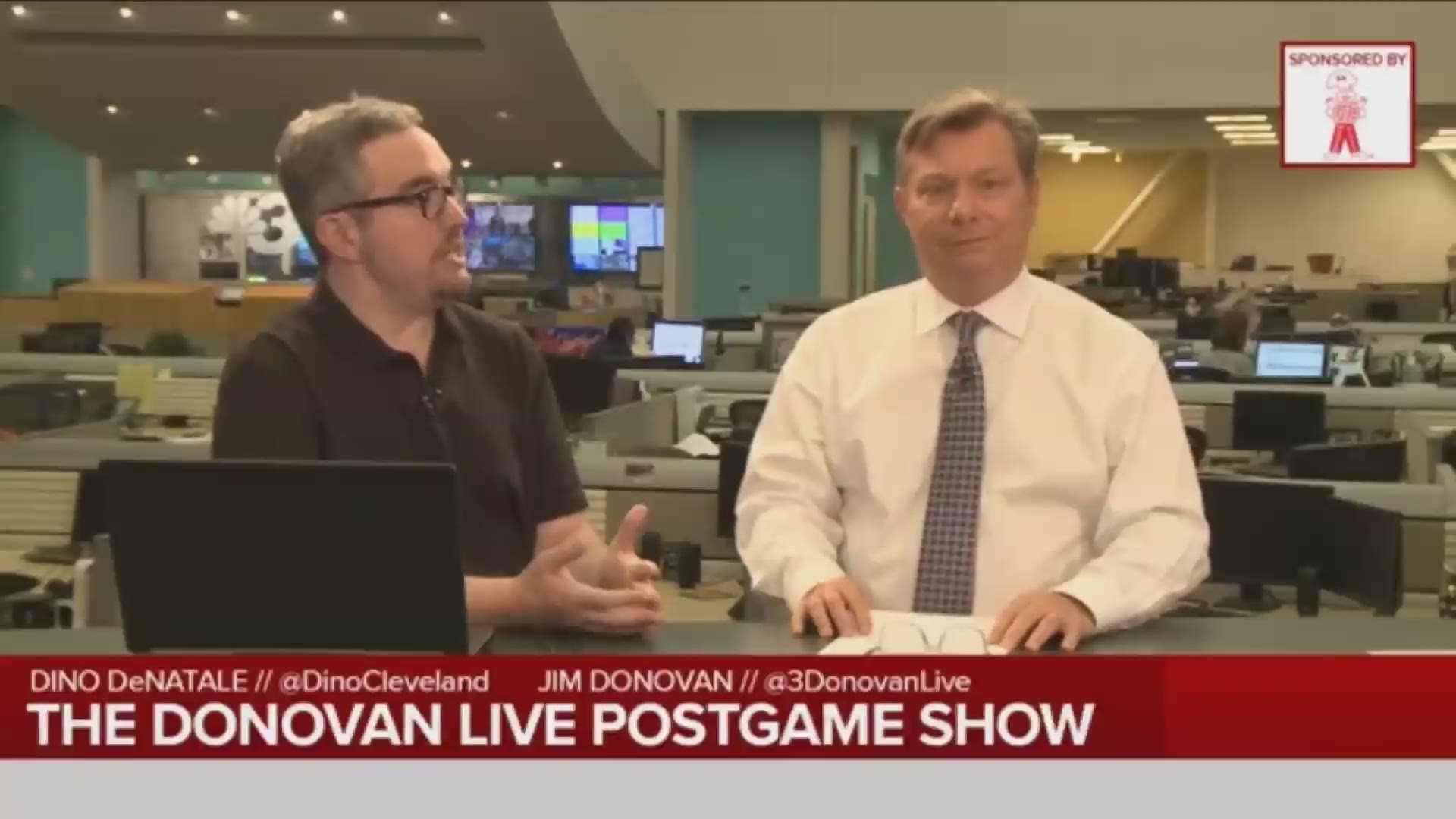 CLEVELAND — Carlos Carrasco is nothing short of amazing.

Three months after being placed on the injured list with what turned out to be a diagnosis of leukemia, the right-hander is coming back to the Indians' roster this weekend.

“The plan is to activate him on the first,” Tribe skipper Terry Francona said Wednesday. “If all goes well tomorrow with his last bullpen outing, we’ll pitch him out of the bullpen.”

No one can appreciate what Cookie has been through quite like Jim Donovan, himself a survivor of leukemia.

"It's a great personal triumph for him," Jimmy told me on Wednesday's edition of the Donovan Live Postgame Show. "Anything you can do to take your mind off of the diagnosis, is a great relief."

Jimmy recalled during the roughest times of his leukemia how much he enjoyed being able to call Cleveland Browns games. "For four hours it was nice to worry about third down conversations and not that I have leukemia."

In 2002, the Browns were having what turned out to be their only playoff season since their return to the NFL. But Jimmy could never get the leukemia diagnosis off of his mind. At that point, very few people knew that the "Voice of the Browns' was dealing with the disease.

One of the big highlights during that magical season was Tim Couch hitting Quincy Morgan on a hail mary touchdown pass in Jacksonville. Jimmy recalls that once the review call stood, it was a festive atmosphere.

"I can remember stopping in the middle of the celebration thinking 'this is great, but I have leukemia'," Jimmy told me.

Now that Carrasco is poised to return to the Indians' pitching staff, he will hopefully not have to dwell on his condition as much. Jimmy adds that one thing that will help Cookie's mental well-being is the feeling of knowing that he's under constant care and observation.

But the fact that he's going to pitch for the Tribe again is already victory enough.

At home with Baker

Browns quarterback Baker Mayfield was busy on Wednesday as he and his wife Emily announced a new partnership with Progressive.

Titled "At Home with Baker Mayfield," the duo will star in a 16-week episodic content campaign throughout the 2019 football season centered around the premise of what life would be like if Baker and Emily lived inside of First Energy Stadium.

This one is my favorite.

"You have to have a guy that relishes the spotlight," Jimmy told me when we discussed the continuing marketing of Baker. "I'm not talking about doing a million commercials, but next Sunday that stadium (FirstEnergy) is going to be tense. The Browns have to play well and they have to win that game. You have to have a guy that's ready. Baker is not only ready, he can't wait for it. He wishes the game was tomorrow."

Quick hits on the Browns from Jimmy

Just a couple of things to keep in mind as you watch the Browns and Lions on Thursday night in the preseason finale, per Jimmy:

--Thursday will be the last time we'll see Kareem Hunt on a playing field for a long while. But as the running back prepares to serve his eight-game suspension, according to a report from the Associated Press, the NFL informed the Browns on the eve of the preseason finale that Hunt will not be able to come to the team facility during his suspension. Hunt will be eligible to return to team activities and facilities after the Browns’ game at the Denver Broncos on Sunday, November 3.

What concerns Jimmy is how Hunt will be able to handle himself socially outside of the day-to-day routine of football and coming into work.

--Jimmy feels that Austin Seibert has the edge right now in the kicking battle with Greg Joseph. If you see him get kicking opportunities on Thursday evening, it's because the team will want to see how he does in the home confines of FirstEnergy Stadium.

--Thursday is a big night for Braxton Miller.

Watch the Donovan Live Postgame Show in the player below: