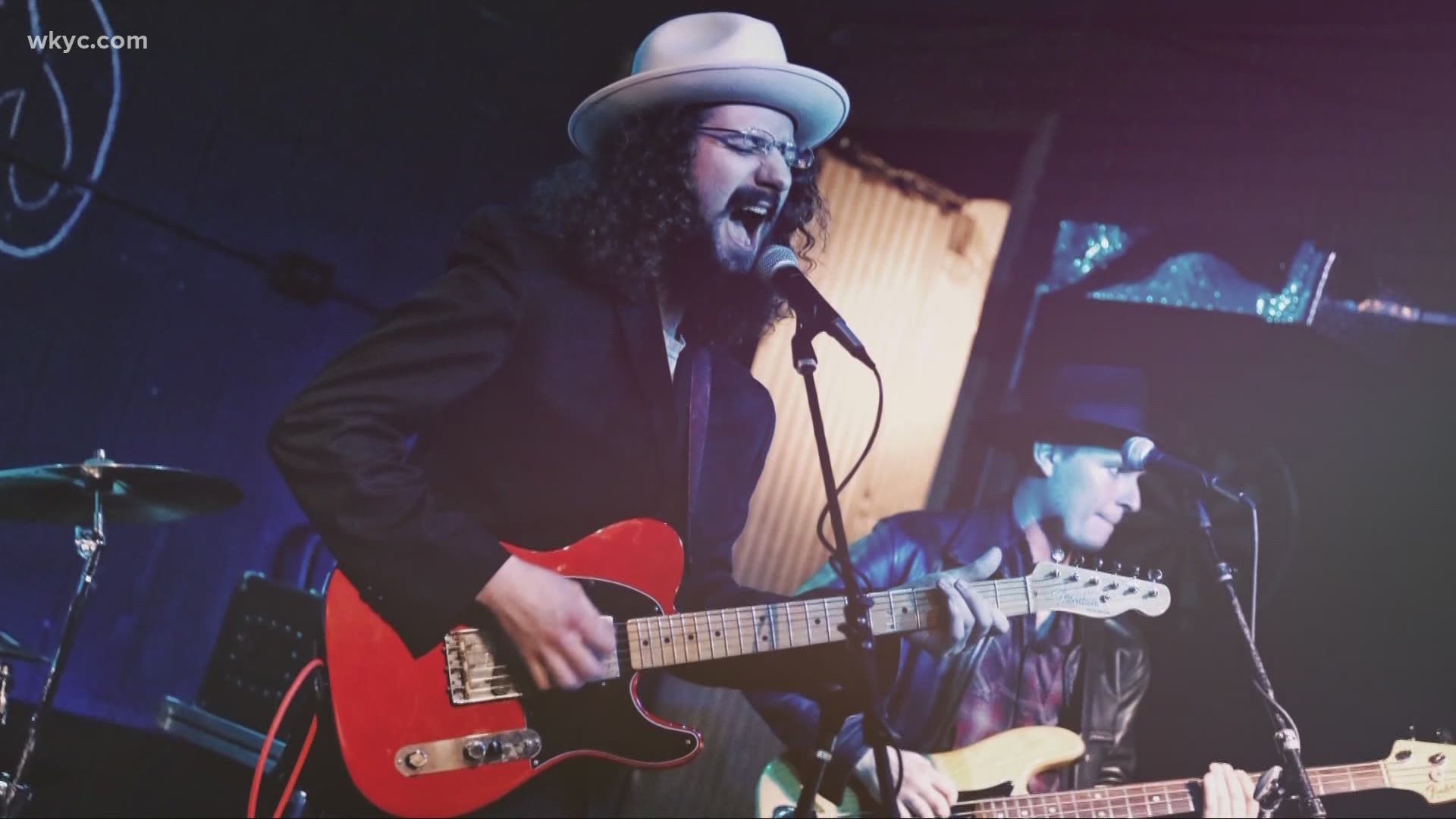 CLEVELAND — As Ray Flanagan puts it, Cleveland's music scene is more about craft than it is competition.

"It's not very competitive...we tend to support each other," Flanagan explained in a recent interview with 3News' Laura Caso.

"Especially like with all this stuff, that's happened with the pandemic, with the Coronavirus... I don't even know how I would have gotten there without the support of people in the community."

At just 24 years old, Flanagan is already a veteran of this community. A talented singer-songwriter with a sound described as "Midwest rock and roll," Flanagan says, he draws inspiration from a diverse mix of genres.

"I would say it's probably rooted in blues, but it's also other elements of, you know, probably soul. And, then there's just inevitable shakings of heavy metal that are in there," he explained.

There's no doubt this Medina native has a career on the rise - but you won't catch him leaving home anytime soon.

"The Cleveland music scene, it's a great place to be. I don't really foresee myself wanting to live anywhere else in the near future. And I've thought about it a lot too."

But instead of a schedule lined with live gigs, Flanagan has gotten used to many more live streams of late.

"I would have never thought that those would be a cool thing, but they actually ended up being a lot more personal than I, that I would have anticipated," he said.

And yet, as they say, the show must go on. And here, in the home of rock and roll, that means playing at the Rock Hall's Live and Local series this weekend.

"It's just cool to be that building, and the lake's behind you and, and they've got a nice open area there for everybody. When your people are right in front of you, they there's, there's an energy that's exchanged. So it'll be good to be, to play for some people if, if they're, if they kindly come out and support."

You can catch The Ray Flanagan Trio on Saturday, August 21st, from 5-7pm as part of the Rock & Roll Hall of Fame's Live and Local Series. The event is FREE with RSVP at rockhall.com.