Band on the rise regrouping during an unexpected year. 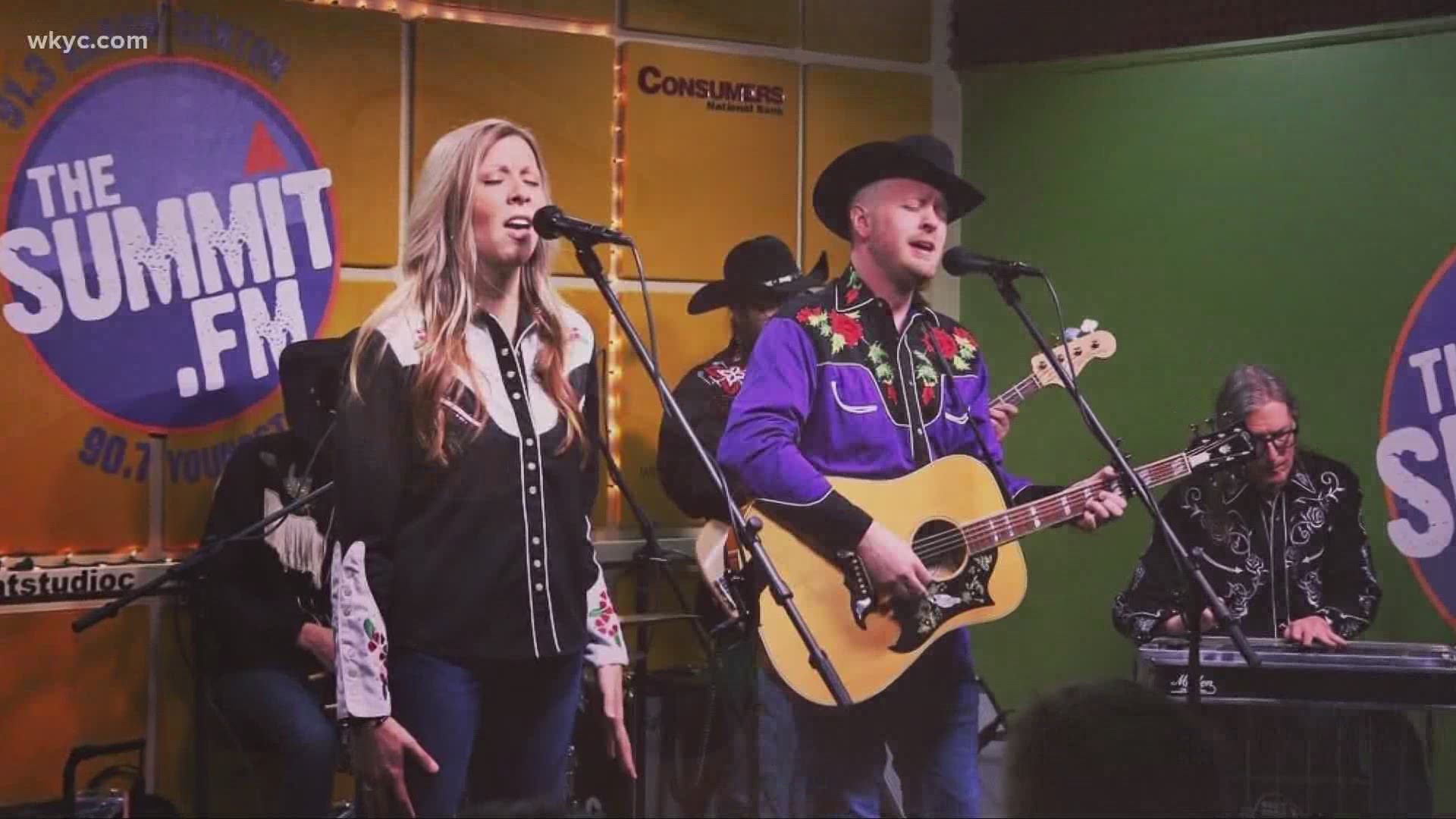 The Shootouts may be a band with a distinctly country sound, but they're proud to call Northeast Ohio home.

"There's an old saying that even The Beatles were a local band at one point... everybody has to start somewhere. This just happens to be our hometown... and we all are deeply rooted in this area," lead vocalist Ryan Humbert told 3News' Laura Caso in a recent interview.

"There [are] six of us in the band, and we're from kind of all over - there's members in Cleveland, Streetsboro, Canton, Akron, Kent."

What started as a side project for Humbert, quickly became a full-time passion.

"I was doing more singer-songwriter music, just more pop-rock singer songwriter stuff up until about 2015, when i met a gentleman by the name of Brian Poston. And Brian and I hit it off with kind of, this mutual love of real traditional, classic, country music," he said.

"I thought man, this is what I'm meant to be doing."

Since playing their first show in the fall of 2016, The Shootouts have gone on to share the stage with acts like Sheryl Crow and The Zac Brown Band. They released their debut album "Quick Draw" in 2019.

"Gosh, we got radio play all over the world. The album made the Americana radio top 50 for over two and a half months which was pretty great. We were shipping product to Australia and Spain and England and you know all over,  we started touring much more, we got a lot of great press," says Humbert of the band's rising profile.

But in March, that momentum was forced to slow, amid the Coronavirus pandemic.

"It was a surreal time, you know, you didn't know what was going to be happening. We had shows in Los Angeles, Chicago, Wisconsin, Memphis, Nashville.... we were going to be all over the place this year and every bit of it got canceled. Every bit of it." said Humbert.

"Just like that you know, a pandemic hits, and everything changes, so there's a lot of regrouping."

New challenges - perhaps fittings for a genre of music that celebrates the ups and the downs of life. But now, The Shootouts are set to take the stage for the first time in months, here at home - as part of the Rock Hall's Live and Local Series this weekend.

"It's always so much fun, it's great to be able to go to this  establishment that has such a love and a respect for music," said Humbert of the Rock Hall's invitation.

"You know we live in a pretty crazy world right now and there's something to be said for being able to to take people's mind off of the craziness of this world. So if we can entertain folks for a few minutes then we've done our job."

You can catch The Shootouts on Saturday, August 8th, from 5-7pm as part of the Rock & Roll Hall of Fame's Live and Local Series. The event is FREE with RSVP at rockhall.com.