Machine Gun Kelly has turned his focus from music to coffee, opening a new java house in downtown Cleveland. 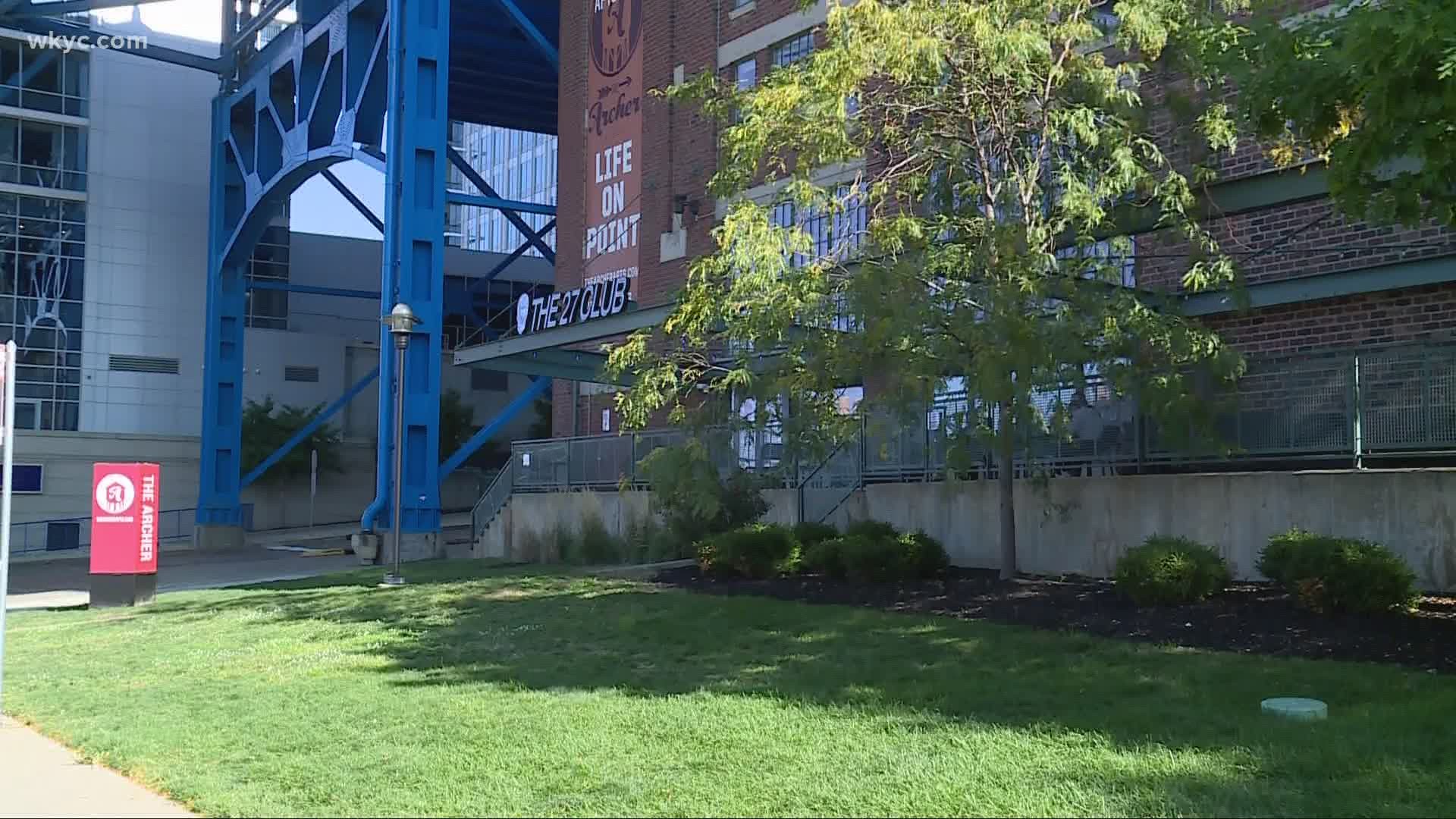 CLEVELAND — A new coffee shop and restaurant has opened up downtown in the Flats, with a famous owner and named after a group of famous artists.

“A bunch of famous musicians passed away early at the age of 27,” says Troy Nethken, the general manager at 27 Club. “Jimi Hendrix, Janis Joplin, Amy Winehouse, Kurt Cobain, they were all 27 years old. There are tons more but they became the 27 Club.”

The 27 Club is now brewing up coffee in the Flats and doing so with a nod to the great artists that passed away too soon.

“So it’s inspired by musicians for musicians and artists and anyone who just wants to come in a good environment,” says Nethken.

It’s not hard to see where the artistic inspiration comes from, because the owner is an artist himself.

“The 27 Club is owned by musician Machine Gun Kelly,” says Nethken. “He kind of wanted to turn the 27 Club into an art facility coffee shop. He wanted to pay homage to all the greats that passes before their time.”

The homage paid to the late artists isn’t the only thing that separates MGK’s newest endeavor from other java houses, it also has a full dinner menu and bar.

“I love our pizza and one of our most popular dishes is our chicken and waffles,” says executive chef, Kristin Balark. “With the owner being Machine Gun Kelly, his motto is EST, everyone stands together. We really wanted to have that permeate through the menu.”

They’re just a few weeks into the grand opening, but The 27 Club is already planning to expand their hours to late nights soon, while serving up cocktails. The goal is to be a creative space day and night, serving up creative food and drinks for creative people in downtown Cleveland.

Balark says, “We really wanted it to be different and have that art form that flows through the rest of the restaurant.”

“It’s a vibe,” says Nethken. “We want people to come in and feel comfortable and I think that’s exactly what’s happening.”