Nick Saban played and coached at Kent State, coached at Toledo, was the Browns defensive coordinator, and may be the greatest head coach in the history of college football. 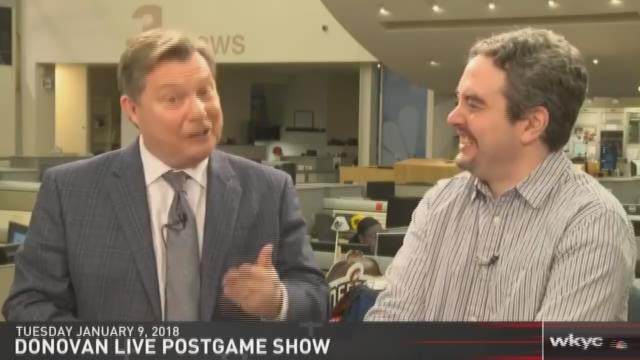 Nick Saban may well have cemented his place as college football's greatest head coach with Alabama's remarkable win over Georgia on Monday night in Atlanta.

The Crimson Tide's 26-23 overtime win over the Bulldogs wrapped up their fifth national championship in nine years under Saban.

Counting his title at LSU, Saban has won six national titles in 22 years of collegiate coaching. That ties him for the all-time record along with another 'Bama legend, Paul "Bear" Bryant.

Saban played collegiately at Kent State and began his coaching career as a graduate assistant with the Golden Flashes. His first head coaching job was at Toledo, where he stayed for one year before being lured to Cleveland by first-year Browns head coach Bill Belichick in 1991.

Saban and Belichick stayed together for four seasons, finally getting the Browns to the playoffs in 1994. Saban would depart for Michigan State that winter, while Belichick would lose his job once the Browns moved to Baltimore.

Since then, Belichick has won five Super Bowls during the New England Patriots' dynasty that began in 2001. He will arguably go down as the NFL's greatest coach.

On Tuesday's Donovan Live Postgame Show, Jimmy and I went back to those days when Belichick and Saban were joined at the hip here in Cleveland. We also talked about the amazing end to Monday's CFP National Championship, as Saban defied all logic by going to a true freshman quarterback to help the Tide rally to win.

Plus, we put a bow on Saturday's 'Browns Perfect Season Parade 2.0.'