The new restaurant is hoping to bring new vibes to the neighborhood. 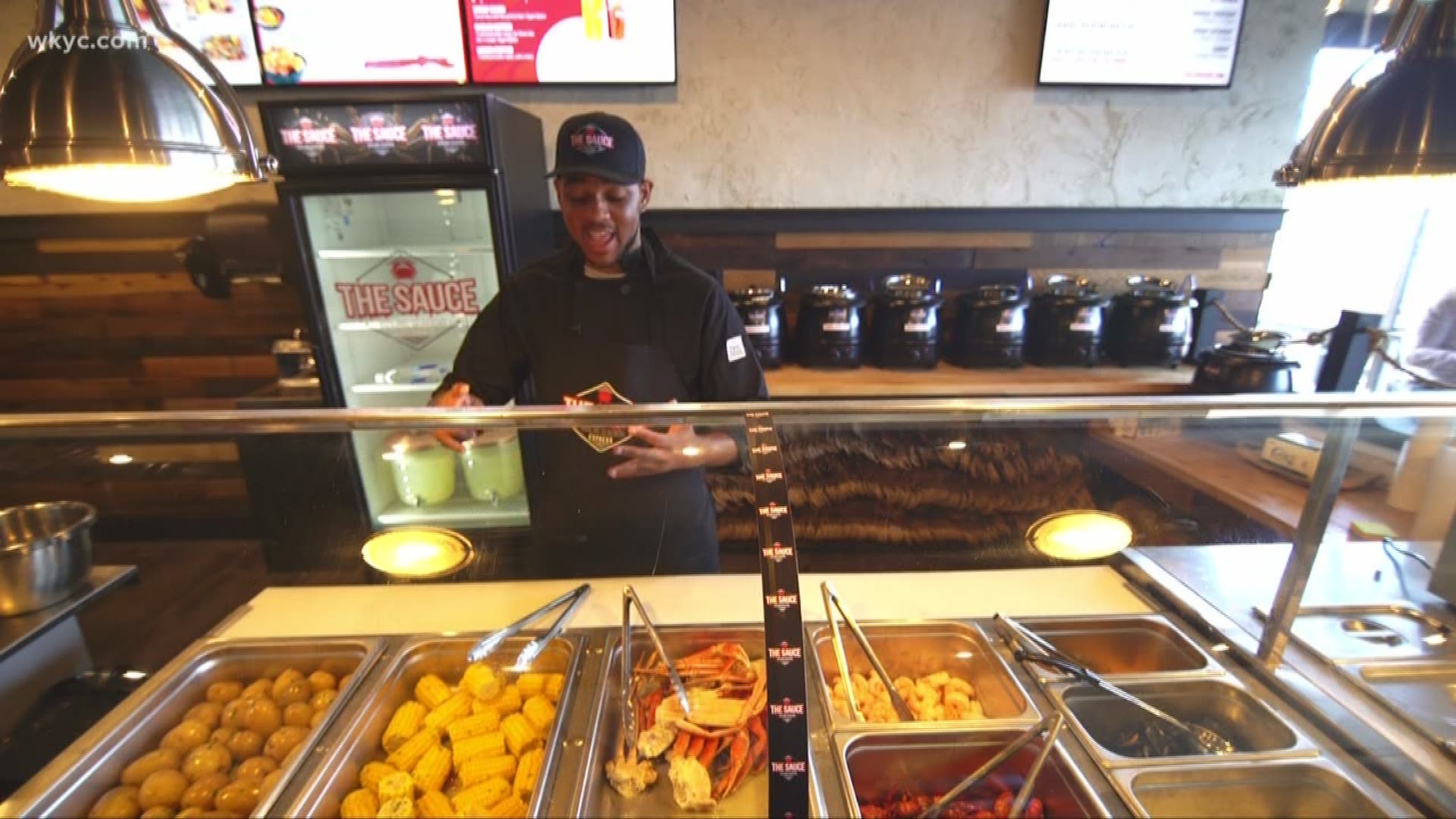 “Shake the block up.”

The Sauce, located at 13888 Cedar Road, offers quality Louisiana style seafood in bags served with hearty sides like corn, potatoes and sausage. It's a concept that's grown in popularity over the years, but is usually accompanied by long wait times.

That's what makes the The Sauce unique among traditional seafood boil restaurants.

"I think it’s just a no-brainer process. I would love to say we’re the first location in the country like this; I did my research I’m pretty sure we are. So that’s the one thing that I love about it," says owner, Kyler Smith.

The Sauce is a venture two years in the making that Smith cultivated with high-school friend and now head chef, Jameel Chambers.

Chambers has nearly a decade of  professional experience and says he's confident ahead of the grand opening.

“It’s a Louisiana style of cooking, so you don’t have to really do too much,” says Chambers

The menu offers patrons the option of choosing a rice bowl or a seafood bag that can be topped with seafood of their choice. The options include mussels, crab, lobster, shrimp, craw fish or a vegan option.

Each serving comes with hearty sides of corn, potatoes and sausage. And then, you add the sauce.

While seafood in a bag isn’t a new concept, the express execution is. And according to Smith, that coupled with superior customer service is a recipe for success.

“We want to make sure that everybody leaves out with a bag that they didn’t have to wait for and a smile," says Smith.

For more information on The Sauce and to look at their complete menu, click here.