Five fresh innovators are featured this year, selected for creating solutions for big problems in society. 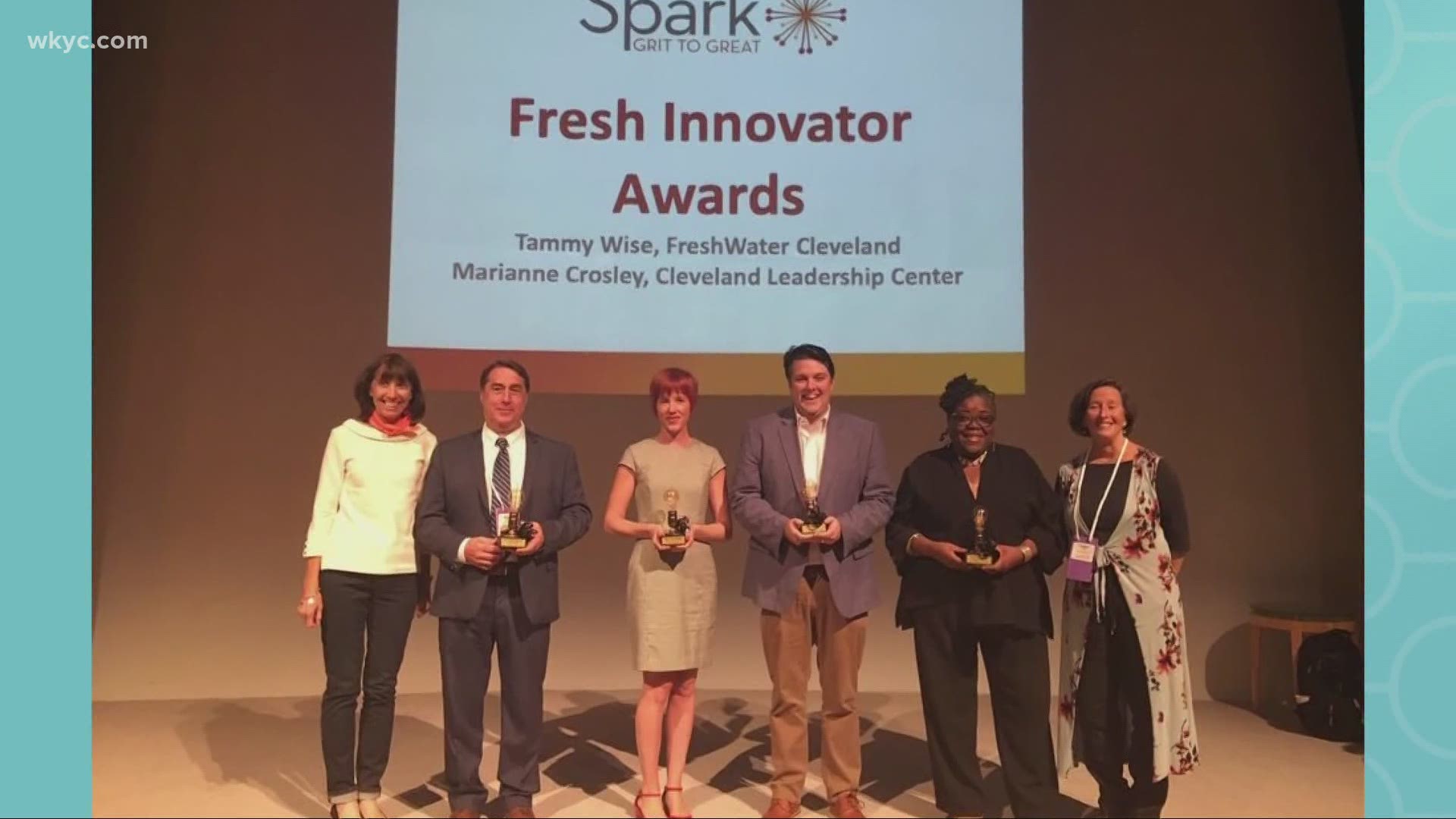 CLEVELAND — This Thursday, September 3, a Cleveland leadership program is shining a spotlight on fresh innovators from our area -- aiming to move the community forward.

We're talking about Spark: From Grit to Great.

“We were looking for people who are doing great work out in the community in Cleveland, who have stepped outside of the box, who are taking charge in addressing community challenges, but people might not totally know all about them," says Rachel Ciomcia of Cleveland Leadership Center.

It's been held for innovators since 2016. It's a civic leadership symposium with fresh ideas being offered from Cleveland's brightest stars.

“Being able to learn from each other and kind of hear what the speakers are saying and apply that in real time to what's happening in Cleveland and being able to build some connections," adds Ciomcia. "You not only just walk away having learned something, but really kind of building a better network in Cleveland.”

It's different this year. Spark will be a virtual experience, however attendees still get the same takeaways from the last three years.

“I think the ability to learn about our community to learn how to collaborate and lead better, and then also how to build relationships. And so that was the piece that really stuck with us as we've looked at something virtual," Ciomcia explains.

Five fresh innovators are featured this year, selected for creating solutions for big problems in society.

Archie Green, founder of Peel Back Dem Layers, is one of them.

Green says about seven years ago, he had reached a very low point in his life after finishing graduate school at NYU. A DUI arrest and what he describes as a suicidal ideation followed.

"There were days where I would stay in bed. Days where, you know, I might not even pick up the phone if it's right next to me because depression is a debilitating disease," Archie recalls.

So he made a change using his hip hop as a coping method, then passed it on to others. He's hoping to break down the stigma of mental illness among minority men by hosting open mic nights.

“Not only do they feel better by getting that off their chest, there's someone that's listening, someone in the audience that feels, 'Oh man, this whole time, I thought I was the only one.' But because now I can sense that there's someone else going through the same thing, it doesn't feel as heavy on me," Archie adds.

Archie says his depression is a gift because of all of the people he's been able to help.

"Once I was able to learn how to live with it and share my testimony with the world, more and more people started, like they, they basically related to that story. And as a result, they were able to open up, they were able to share the same feelings, the same experiences that they had living with depression or anxiety," he says.