WKYC’s Jim Donovan was one of the first patients treated at the hospital. 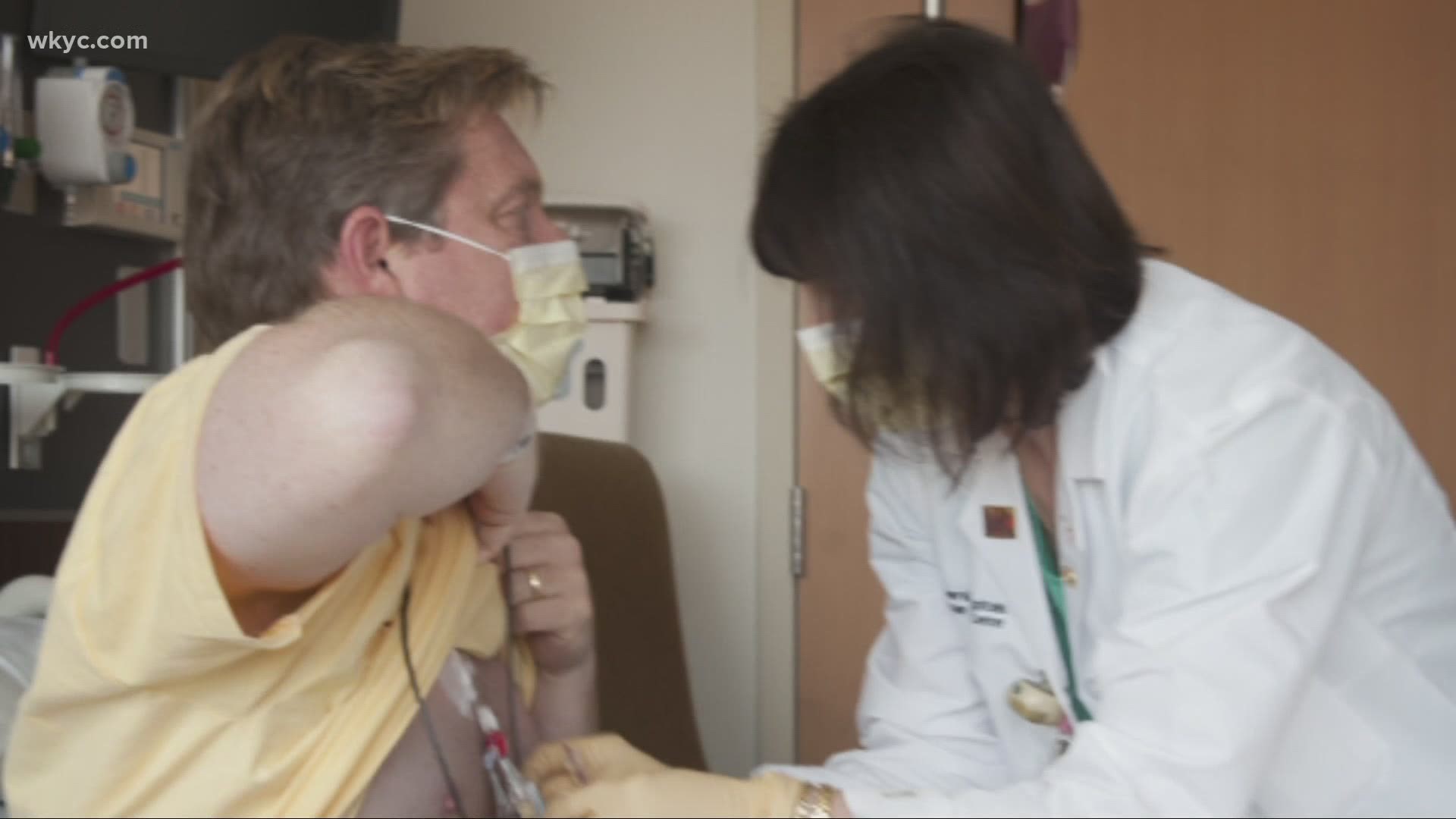 CLEVELAND — Jim Donovan remembers it like it was yesterday, the day he walked into the Seidman Cancer Center at University Hospitals Cleveland for a lifesaving treatment.

"Literally they were unwrapping furniture, taking the plastic off, getting the examination rooms ready to go, unwrapping the medical equipment. It was that brand new, it was absolutely amazing," Jim said.

It's a surreal memory for Jimmy, now realizing it's been a decade since he spent a month in Seidman for a bone marrow stem cell transplant that would get his chronic lymphocytic leukemia under control.

Seidman is one of 13 free standing cancer hospitals in the U.S.

"From the moment we pulled up and I walked through the doors of Seidman everything changed, all of the fear was taken away, and I think it was, I know it was, because of the people there," Jim said.

In ten years, the staff has grown to 750 and they treat patients from all over the world. The science has advanced significantly. Seidman was the first in Ohio to offer Proton radiation therapy. Cancer research is constant and new treatments are just a few steps from the lab to the bedside. Immunotherapy, the biggest breakthrough in cancer care, is standard treatment here.

But for patients like Jim Donovan, the most valuable resource has a heartbeat.

"From the people that welcome you when you walked through the door, to the people that handled the paperwork when you were admitted, certainly the doctors were brilliant and the nurses were my absolute heroes," Jim said.

Fallout after treatment wasn't unexpected and Jim still makes routine visits to Seidman. He's a risk for skin cancer and has already had some removed. But in the last decade, UH has done more than four thousand transplants like Jim's and technology has evolved to prevent some complications of the procedure.

But one thing won't change.

"The other thing that's comforting is that they never just let you go, they're always checking up on you, they saved my life and they gave me my life back," Jim said.

Editor's Note: Jim Donovan reflected on his fight with leukemia during this edition of the Donovan Live Postgame Show with Dave 'Dino' DeNatale from 2019