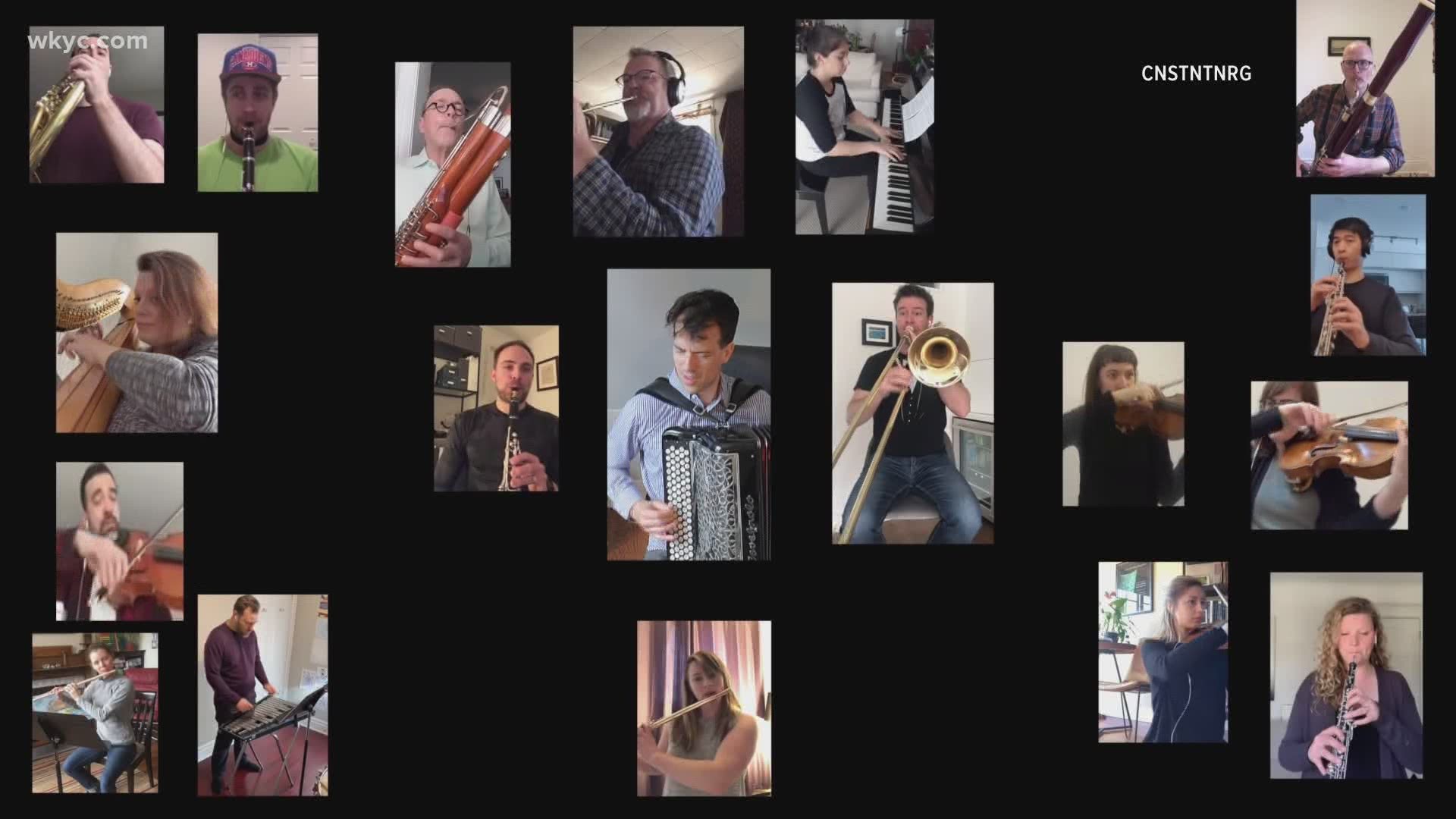 "I'm gone for ten days and then come back for three days, four days recharge... and then I'm back out. You know that's kind of the rhythm of my life," said Labro in a recent conversation with 3News.

"I think all of us whether we’re musicians or not we're facing you know new ways of doing things," he explained.

Those new ways have meant moving so much of our lives online - including performances. Orchestras, choirs and bands have turned to technology to play together, while physically apart.

That's how this renowned accordion and bandoneon player, based in New York City, is playing in a virtual concert being organized right here in Northeast Ohio.

Music for Our Children is a benefit concert series created by musicians Ralitsa Georgieva-Smith and Jason Smith of Shaker Heights. They've raised more than twenty thousand dollars for UNICEF since 2014 through in-person concerts. But this year, amid the pandemic, they realized, they needed to go virtual.

"This the first time we're doing a virtual concert which is a new thing for us. Obviously, given the current state of things, and COVID-19 and being safe, staying apart from each other - it's absolutely essential but it shouldn't stop us from doing what we feel is important," said Jason Smith.

Georgieva-Smith, a native of Bulgaria, and a pianist with the Cleveland Ballet, says she started the series as a way to use her talent to give back.

"Personally, in my country, I’ve seen a lot of work done by the people of UNICEF, and I found later on, when music became our professional life, [I realized we] can use what we do every day what we love so very much ...here we can use it for a specific cause," Georgieva-Smith said.

In the past, the Smiths say they've been lucky to tap into Cleveland's celebrated music scene to help, but this year, they've been able to reach out to a worldwide network of talent - including Labro, who is originally from France.

He'll be joined by musicians hailing from here in Cleveland, to China, Israel, South Africa and beyond, on the Music for Our Children Facebook page starting tonight.

The Smiths say they're thrilled by the new possibilities and are open to a mix of future in-person and virtual concerts.

"I think this allows us an opportunity to...do more for our community and really for children all over the world."

You can tune in to the virtual concert on the Music for Our Children Facebook page starting Thursday at 8 p.m. - Sunday. It is free to watch, but donations benefiting UNICEF are encouraged.

RELATED: Some call for replacement of 'The Star-Spangled Banner' with new national anthem