The experience in Atlanta would become the fifth Grammy exhibition location around the nation. 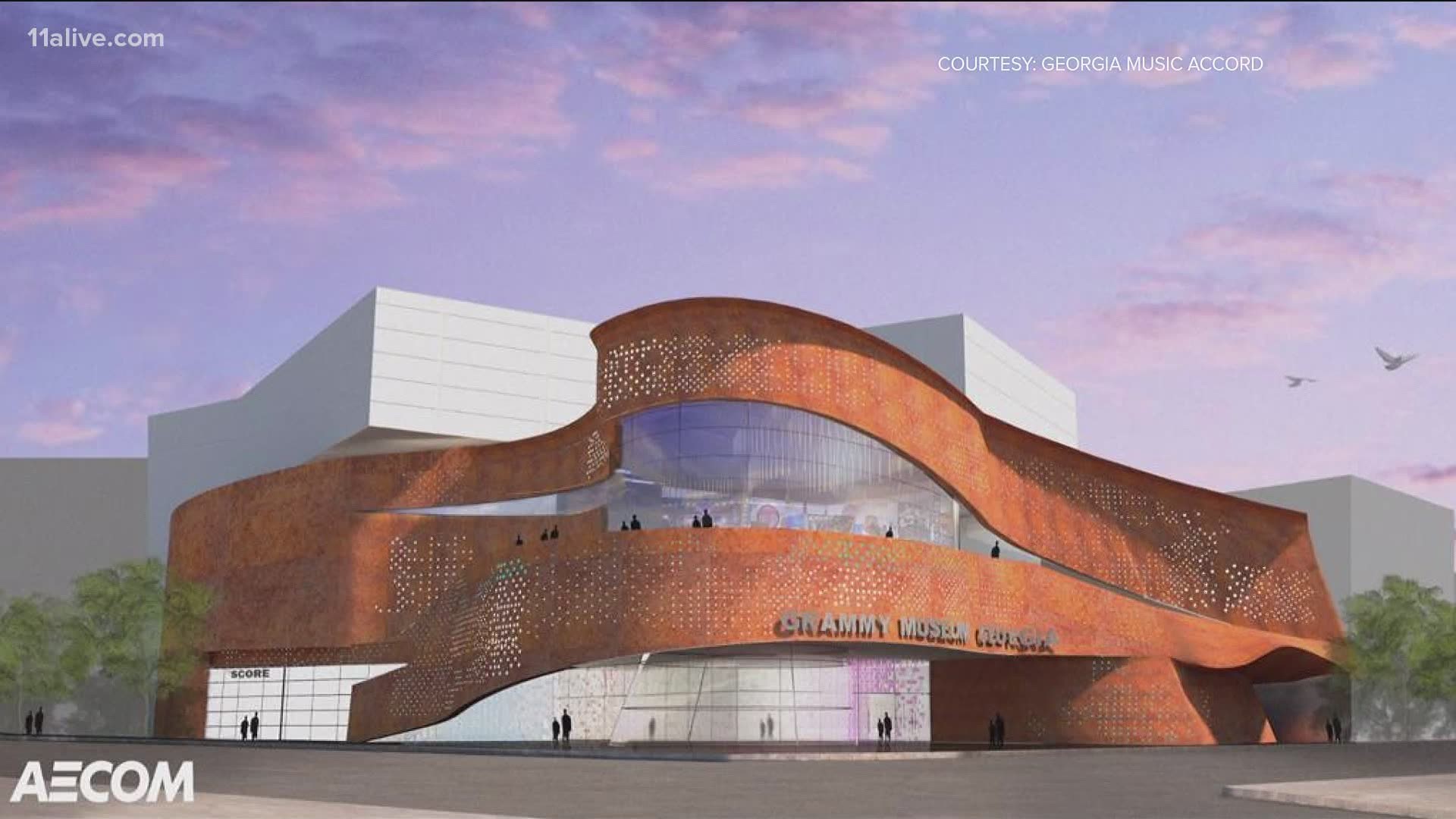 ATLANTA — You can count on even more high-profile musicians coming to Georgia, as the Recording Academy recently announced that Atlanta would become the new home for one of its upcoming exhibitions.

On Monday, the Grammy Museum Foundation approved an agreement with Georgia Music Accord to build and operate a Grammy Museum experience in Atlanta and implement educational programs across the state.

In a release sent to 11Alive, Brad Olecki, CEO of Georgia Music Accord, confirmed the agreement before Monday’s meeting of the Rotary Club of Atlanta when Chris “Ludacris” Bridges discussed Georgia’s music industry with Shan Cooper, executive director of the Atlanta Committee for Progress.

The agreement follows more than a year of exploring the opportunity to build a Grammy Museum in Fulton County and how best to leverage educational programs for the benefit of the entire state.

The Atlanta location would become the fifth Grammy exhibition location in the United States.

In addition to its flagship location at L.A. Live in Los Angeles, the Grammy Museum has three other locations around the nation that focus on regional contributions to music from across the nation.

The Grammy Museum Mississippi opened in Cleveland, Mississippi in 2016 and emphasizes the achievements of natives from Mississippi and their music, including the blues, jazz, rock 'n roll, and hip-hop; and how that music and those musicians have provided inspiration to the larger fabric of American music.

The Grammy Music Gallery at Musicians Hall of Fame and Museum in Nashville emphasized the creative process of making music in what is the country music capitol of the world. The Grammy exhibit takes up the entire first floor at the Nashville museum and is a fully interactive experience that also opened in 2016.

The Grammy Music Experience opened in 2017 in Newark, New Jersey, and focuses on the creative influence and expressions of natives from the Garden State, including past and present stars like Whitney Houston, Mary Wilson, Bruce Springsteen and DJ Khaled.

Georgia has its own rich music history and is home to James Brown, Otis Redding, the Allman Brothers, REM, the B ’52s, and Collective Soul. Over the years, the state has given birth to, and has remained the home of artists from all sorts of music, including country, soul, rock, rap, folk, jazz, gospel, and blues.

From 1996 to 2011, Macon was home to the Georgia Music Hall of Fame. The state hosts several symphonic orchestras, including the world-renowned Atlanta Symphony Orchestra and the growing Georgia Philharmonic.

The state has been the perennial home of Grammy-award winners over the years in a myriad of categories.

President of the Los Angeles-based GRAMMY Museum Michael Sticka says moving to Atlanta will help expand the educational mission for the organization in a statement.

“Atlanta and Georgia have a deep and rich musical heritage, so it only makes sense that we explore a deeper relationship with our partners at Georgia Music Accord,” Sticka said. “A partnership that is based on music and one that will help us to expand our educational mission and ability to celebrate music with students and the broader community in Atlanta, Fulton County and the state of Georgia.”

According to the release, the state of Georgia and Fulton County each invested $250,000 in the effort to look at the feasibility of building a Grammy Museum in Atlanta last year.

Olecki said no decisions have been made on an exact site for the museum.

“We are actually working through the options on the site right now,” Olecki said in a statement. “We are having a lot of discussions right now with property owners, and we are open to ideas. We hope to select a site in the next six months.”

“We’ve been keeping that a secret,” Ludacris said in a video message prior to the announcement. “The cat is now out of the bag … I can’t wait.”

Olecki also mentioned the hope is that a Grammy Museum in Atlanta would shore up the state’s capacity to provide post-production facilities for the movie, television and gaming industry.