Breaking News
More () »
The A Scene

“1 year ago today, we made history. It was truly a night to remember," the studio wrote in a Twitter post. 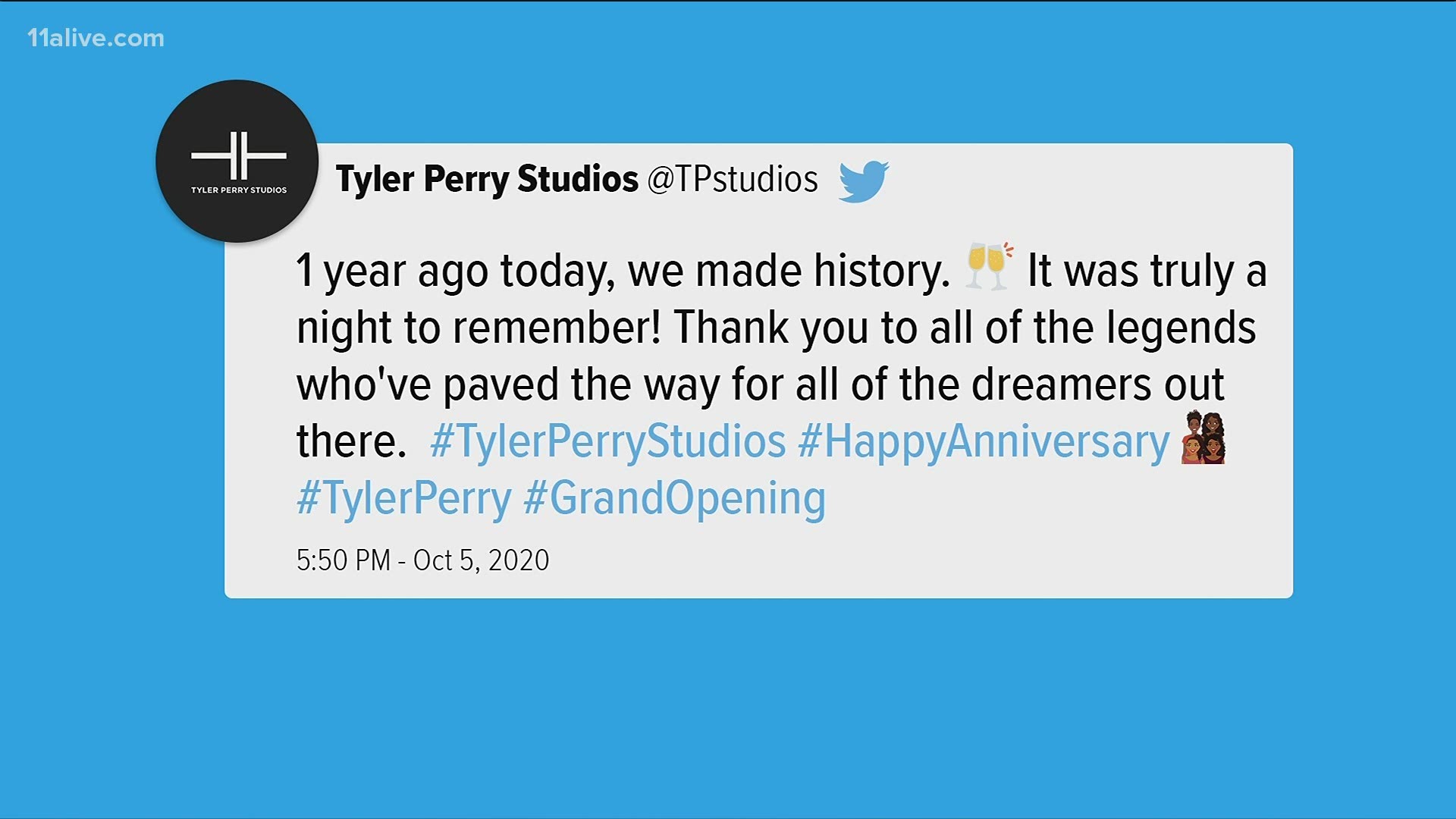 ATLANTA — The team at Tyler Perry Studios is celebrating the one-year anniversary of its official grand opening.

In a montage recap video on Twitter, A-List celebrities packed Perry’s groundbreaking studio spaces for a red-carpet soiree that kicked off with fireworks.

“1 year ago today, we made history.  It was truly a night to remember! Thank you to all of the legends who've paved the way for all of the dreamers out there. #TylerPerryStudios #HappyAnniversary #TylerPerry #GrandOpening,” wrote in a tweet caption on the studio’s Twitter account.

It was a night to remember, as Perry dedicated soundstages and other areas throughout the 330-acre space to actors, directors, and civil rights icons that paved the way for him.

1 year ago today, we made history. 🥂 It was truly a night to remember! Thank you to all of the legends who've paved the way for all of the dreamers out there. #TylerPerryStudios #HappyAnniversary #TylerPerry #GrandOpening pic.twitter.com/JhLGy9Qc8w

11Alive’s The A-Scene captured the moments live during the red-carpet portion of the event.  In an interview, Winfrey praised Perry for being someone "who did it his way." Berry said what Perry has done for black people is "major."

Many stars, including Beyonce, said it was an emotional night for Black Hollywood.

"I could feel our ancestors' presence," Beyonce wrote in an emotional Instagram post. "Generations of blood, sweat and tears, success, excellence and brilliance. It makes me so proud, so full, I could not stop crying."

Perry said his dream didn't come overnight. He worked hard and prayed even harder before he began seeing the fruits of his labor.

The exit, now bearing the production company's name, is on Georgia State Route 166, a mile past the Sylvan Road and Cleveland Avenue exit.

“Atlanta has truly been the promised land for me," Perry shared in a Facebook post. "I came here with nothing, lived off Sylvan Road, ended up homeless and starving, but I was always praying and believing."