“We The People” show to honor the life, legacy of civic leader Steve Minter

A new endowment fund established by Minter to benefit Cleveland's Urban League will be announced at 12:30 pm Friday, April 16, on We the People 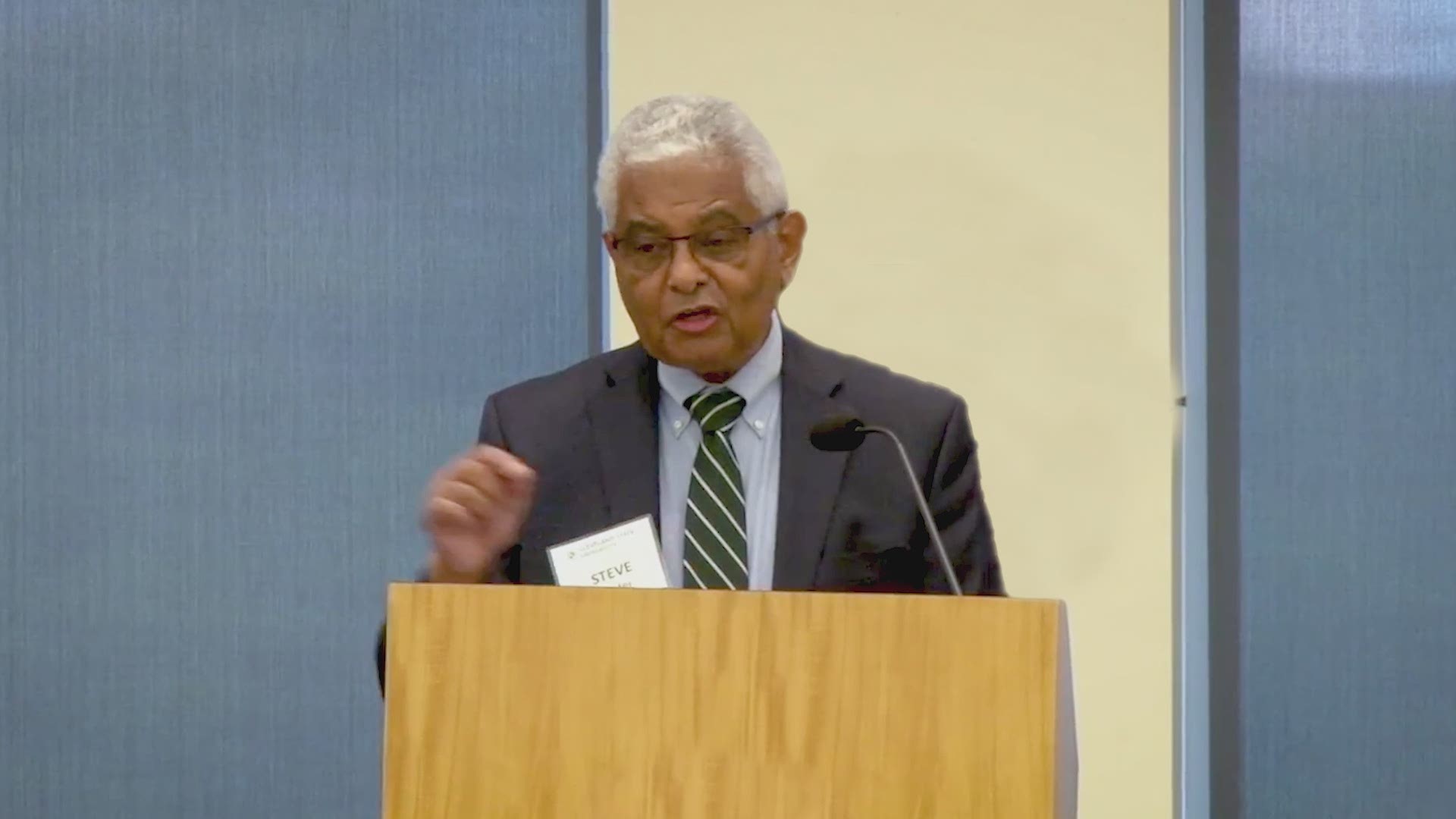 CLEVELAND — *Editor's Note: The video in the player in above originally aired on September 20, 2019.

WKYC Studios’ community engagement show, We The People, will present a very special show honoring the life and legacy of philanthropic leader Steve Minter in April.

The special edition of We The People will air on Friday, April 16, at 12:30 p.m. Marsha Mockabee, president and chief executive officer of the Urban League of Greater Cleveland, will join Leon Bibb as the show’s co-host.

The April 16 show aims to inspire viewers through narratives told by Leon and Marsha regarding the special moments shared with Minter. The show will also feature appearances from Minter’s daughter, Robyn Minter Smyers. She will provide perspective on what the Urban League meant to her father.

Viewers will also hear from a former participant in the Urban League’s HBCU Tours program, which gives students the opportunity to visit historically Black colleges and universities. The participant will share her experiences and the opportunities gained through the program.

The show will feature a local couple whose business was invested in by the Urban League's Entrepreneurship Center.

“[Viewers] will see a theme that goes through all the people we are presenting [on the show], which is a theme of no cookie-cutter approaches,” said Mockabee. The Urban League, she explained, makes a point of meeting its clients where they are “and crafting our services and support in a way that helps that person get to where it is they want to go.”

Throughout the show, viewers will also have the opportunity to contribute to the Urban League of Greater Cleveland’s fund, which Minter established to benefit the League at the Cleveland Foundation.

In addition to creating the endowment, Minter had many other accomplishments. From 1984 to 2003, Minter was the 8th president and CEO of the Cleveland Foundation, making him the first African American in the United States to hold such a position at a community foundation.

He led efforts to improve schools, revive neighborhoods, and helped with the redevelopment of Playhouse Square among many other achievements.

“Steve used his influence in the community to be an ambassador and cheerleader for the Urban League,” says Marsha Mockabee. “He helped people believe in the Urban League.”

Minter died on Sept. 19, 2019, leaving behind a lasting philanthropic legacy in Greater Cleveland.

To learn more about Minter’s impact in our community, tune into We The People on Friday, April 16 at 12:30 p.m.

*Editor's Note: The video in the player above originally aired on July 3, 2020.