122 years of The Feast of the Assumption: Mike Polk Jr. looks at highlights from then and now

Whether you love the holy day traditions or the newer additions, there's certainly something for everyone to enjoy. 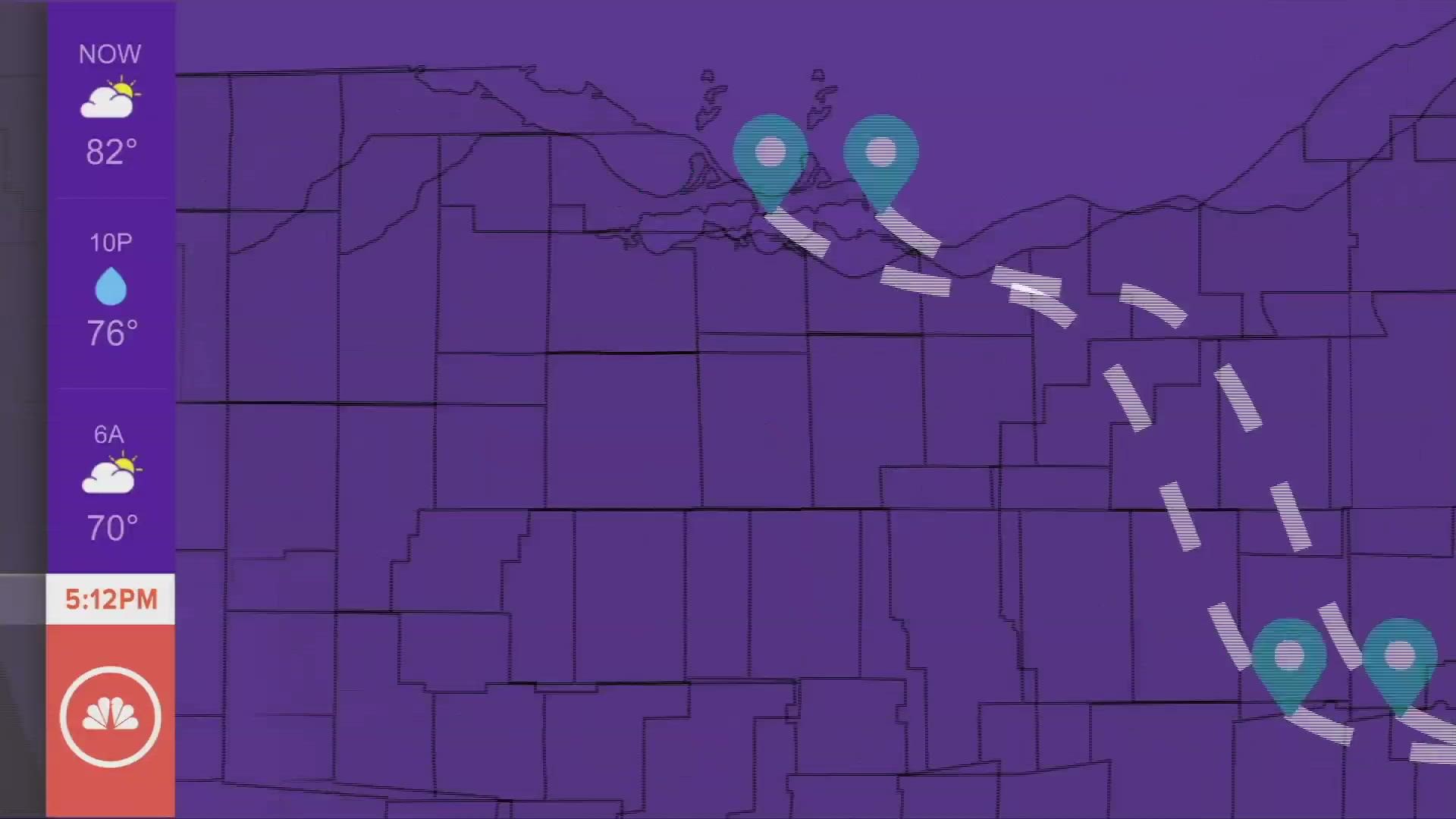 CLEVELAND — Little Italy is welcoming back the annual Feast of the Assumption celebration this weekend, and in recent years, the fanfare and the fun surrounding the feast has really grown beyond just the Italian-American community.

Whether you love the holy day traditions or the newer additions, there's certainly something for everyone to enjoy.

So I sat down with local emissary and La Dolce Vita owner Terry Tarantino to talk about highlights of years past, and present. You can catch our conversation in the video player above.

And extra bonus content: In honor of the Little Italy neighborhood, our gracious hosts of this weekend’s Feast Of The Assumption, here are ten interesting things that you might not know about Italy.

Of course, I suppose you MIGHT know them. At least some of them. Or, maybe all. I don’t know. I don’t pretend to know your life.

Maybe you’re really into trivia and you’re already aware of these Italy facts, or maybe you’re someone like long-running Jeopardy champion (and Northeast Ohio Native) Arthur Chu and have devoted your life to the pursuit of trivial knowledge by memorizing all sorts of things over a wide-ranging breadth of topics in order to excel and perform competitively on game shows.

Or, maybe you’re just a person of Italian ancestry and you’re very connected to your heritage and are mildly insulted by the very IDEA that my suggestion that you might not know these ten Italy facts that are, while relatively obscure to the vast majority of the American public, are common knowledge to you based upon your personal life experience.

1. Italy’s national animal is The Italian Wolf, which sounds like it should be a bad Michael Mann movie but is actually a subspecies of grey wolf native to the Italian Peninsula.

3. The country of Italy has has one of the lowest birth rates in the western world. They recorded only 404,000 births in 2020, about 30% fewer than 30 years ago. The causes are complicated and manifold but the bottom line is they need to start making more amore.

4. Italy literally has a free wine fountain, No kidding. It’s a real thing. In a small town called Caldari di Ortona there’s a free wine fountain that flows 24-hours a day with locally grown red wine. But before you even bother I’ll save you the time, I just checked Zillow and there are currently no available home listings there.

5. Shakespeare set nearly a third of his plays in Italy, including Taming of the Shrew, The Two Gentlemen of Verona, The Merchant of Venice, Much Ado About Nothing, Titus Andronicus, Romeo and Juliet, Julius Caesar, Othello, Coriolanus, and The Winter’s Tale.

6. What is considered to be the first modern pizza was made in Naples in 1860. Tragically, it would one day lead to the Little Caesar’s “Hot n’ Ready”.

7. Speaking of awesome stuff Italians invented, they’re also responsible for blue jeans, the jacuzzi and the Lamborghini and if you have all three of those things you’re doing pretty well in life especially by stepdad standards.

8. Rome is super old, but Italy itself is not. Italy didn’t officially become a country until 1861. Prior to unifying the region was divided into separate states.  So the United States is an older country than Italy, which seems weird. To me anyways.

9. Italy is very, very Christian. Around 90% of the population identify as Roman Catholics, which is probably why The Pope keeps his stuff there.

10. Hey guys, remember when we were all in quarantine? That was lousy. Well, the word quarantine comes from our pals in Italy as well. ‘Quaranta’ means ‘forty’ in Italian and during the Bubonic Plague ships that were entering Venice were forced to stay offshore for a full 40 days to prevent the spread of the disease. Hence, “Quarantine”.

I probably should have ended on a cheerier one.