John Paul Chaloub's dreams changed when he was diagnosed with cancer. 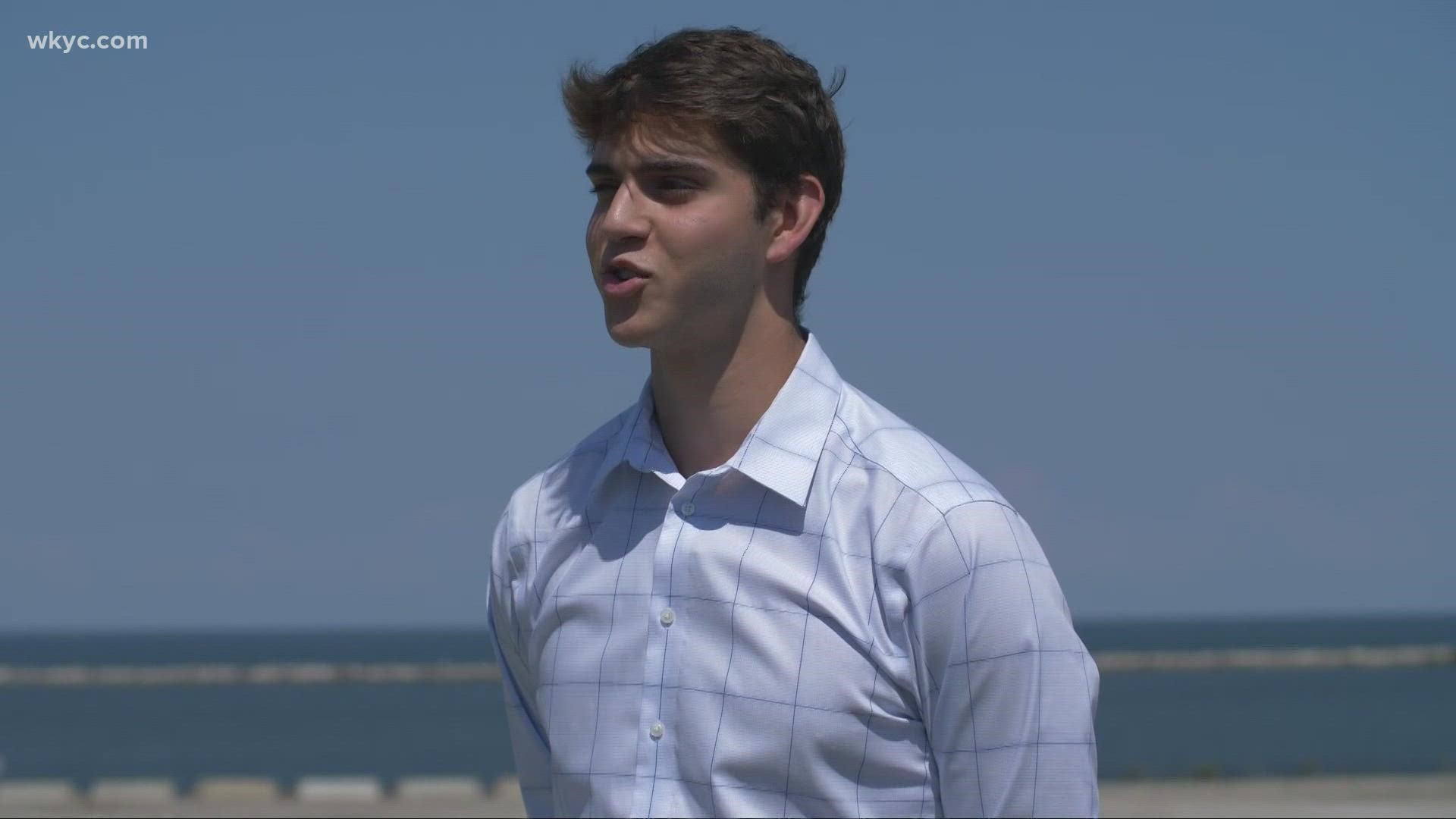 CLEVELAND — Biking is about getting to where you want to go.

But as 22-year-old John Paul Chaloub knows, sometimes the path to your dreams takes you down a different road.

"It was always this type of pain, I hadn't felt before," John Paul said. "On a nightly basis, I would get an ice bag to calm the swelling."

He was fresh off graduation from Saint Ignatius High School in 2017 when he left home.

"A lot of my interest in service was sparked specifically by the Naval Academy, in Annapolis," he said. "Kind of instilling the values of being of service to others. I thought, 'what better way to do that than through the military.'"

He'd begin his life of service at the naval academy prep school in Rhode Island. His dream was coming true. Until, a nagging high school basketball injury caught up with him, just a few weeks into basic training.

"Once you get there, there's just a ton of running and training that you got to do. And, almost immediately, I felt it start to flare up again," John Paul explained.

For months, he'd push through. Nothing was going to get in his way. Except for an doctor's appointment, that changed his life.

"Got an x-ray and ultimately, ended up being the tumor, was found on the x-ray," John Paul explained.

He was 18 years old. Now, diagnosed with Ewing sarcoma. He got the news alone in his room.

"It was like eight o'clock in the morning. I was expecting a call from the doctor, that day ... got the call, was excited for some good news, and did not get what I was hoping for," John Paul explained.

He came back to Cleveland, attacking his treatment head on. His parents were terrified. But for John Paul, death never crossed his mind.

"No. I couldn't let myself think like that," John Paul said.

He kept the faith, even when reality presented itself.

"It's a very serious diagnosis. Life-threatening. Overall survival rate of patients with that disease is in the range of 65 to 70%," Dr. Lukas Nystrom, John Paul's surgeon at Cleveland Clinic, said.

He was also in danger of losing the leg that got him through basic training.

"He was about as close as you can get," Dr. Nystrom said.

But John Paul never gave up. And neither did Dr. Nystrom.

"So, we basically had something that looked almost identical to this," Dr. Nystrom said while holding up a bone mold. "That was a donor from somebody who had passed away and then (we) cut an identical matching piece to what the defect we just created in John Paul's bone."

The surgery was a success. It saved his leg.

"I talked to Dr. Nystrom; we developed a good plan because my intention was to want to go back to the Naval Academy," John Paul said.

"Ultimately, I wasn't able to be granted a waiver to kind of bypass the Navy's five-year, cancer-free requirements," John Paul said.

He was on a different road. But a grateful one. A road that led him to John Carroll University.

He has those Navy dreams still on the horizon.

"There is an alternate route where you could enter the Navy and commission as an officer through officer candidate school, which is up in Newport, Rhode Island. So that's an option for me to apply to that," John Paul told us.

These days, John Paul can be found riding his bike, raising money for cancer warriors at VeloSano.

"A lot of people with Ewing sarcoma lose a limb or aren't able to continue what they love doing athletically. I was fortunate enough to be able to, you know, save my leg and get back to doing like physical training and things that I love doing," John Paul said. "I think it goes back to there's some parallels in why I originally wanted to serve in the military because I wanted to protect those who couldn't protect themselves."

He's not sure where he's going. But he knows he'll get there.

"I just want to be satisfied and feeling like I'm on the right path," John Paul explained. "I feel like I am on that path doing something that I enjoy and I have options, which is something that I didn't have for awhile. That's something I'm grateful for."

RELATED: How to get involved with the Cleveland Clinic's VeloSano cancer research fundraiser: 3 Things to Know with Stephanie Haney

RELATED: VeloSano Why I Ride: Personal stories from Team WKYC