Dargan Bristow says he left his gear unattended for just a few minutes when it was stolen. The fishing community rallied to replace his lost items. 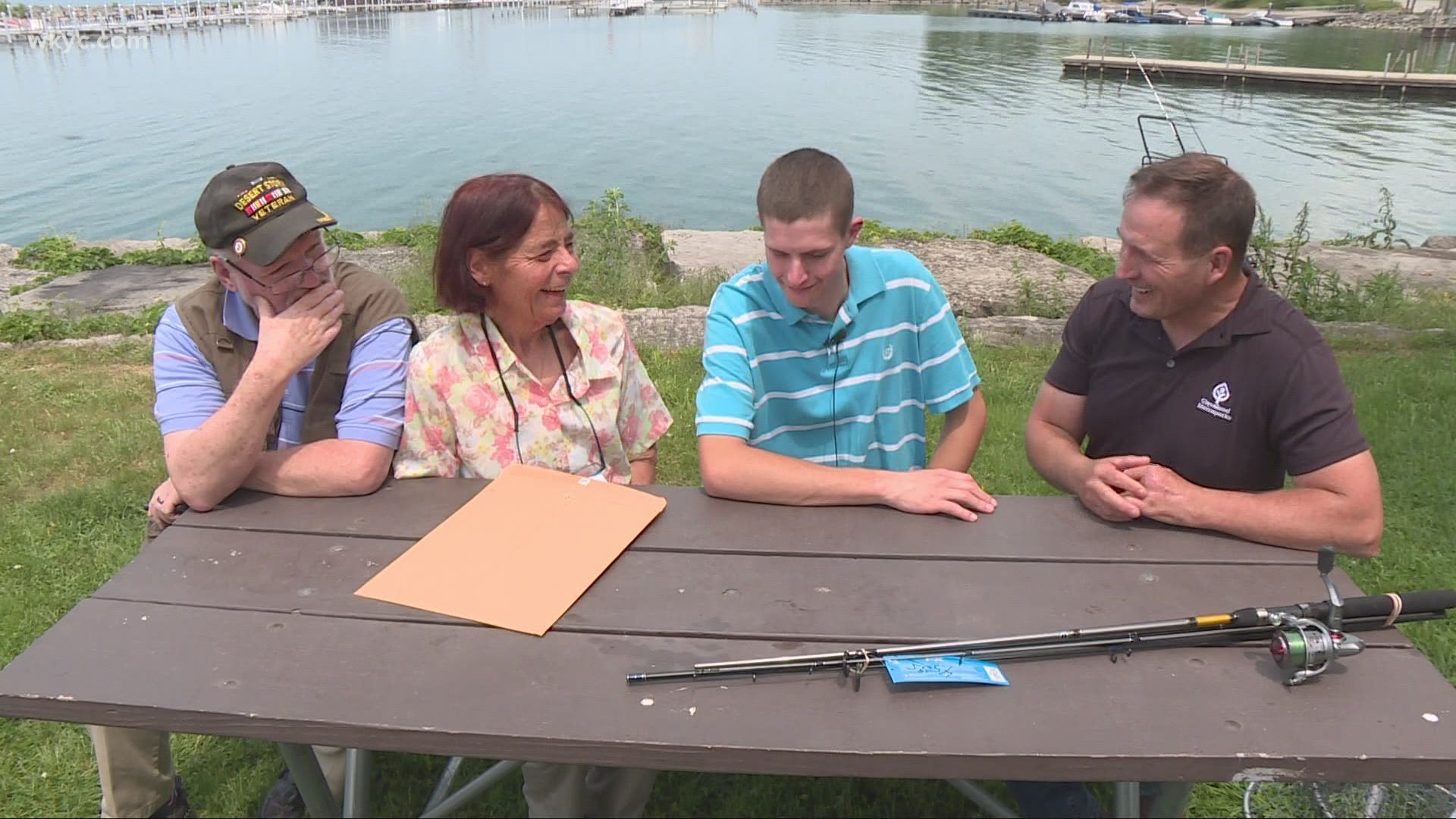 WILLOUGHBY, Ohio — A young Willoughby man was shown the power of community after his fishing gear was stolen. It happened Thursday while Dargan Bristow was fishing on the Chagrin River.

"I go to a park that has a bridge over the pond. That’s where I fish. I fish there often," says Bristow.

The 22 year old has autism, and fly-fishing for Steelhead is his favorite pastime. He did it virtually every day in Willoughby’s Todd Field area, until a great day of fishing turned bad.

"I was actually headed to the restroom. I had my stuff by the steps, and next thing I know… gone," explains Bristow.

Bristow says he was in the restroom for just a few minutes when his gear vanished. His grandparents, who raised him, were crushed. Some of that gear was irreplaceable.

Dargan’s grandparents have raised him since he was 10-years-old, after his father died in a freak boating accident. When the angling community heard about the theft of Bristow’s priceless family fishing heirlooms, the Facebook group Ohio Steelhead posted about it. Almost immediately, dozens of people offered Bristow donations.

On Tuesday, Dargan was presented with over $3,000 worth of cash and new fishing gear.

"There’s a bunch of spinning rod and reels; we got nets. I’m not gonna go into all of it, but this bag is full of fishing stuff. There’s reels; there’s fishing lures; there’s a fly tying device," says Michael Durkalec, Fishery Manager for Cleveland Metroparks.

Bristow says he’ll be back fishing the Chagrin River daily, and keeping a watchful eye on his new stuff. Willoughby police are investigating the theft.