Behind the Menu: Wake Up and Waffle; a family affair

Two sisters joined forces to come up with a unique breakfast spot in the heart of Sandusky. 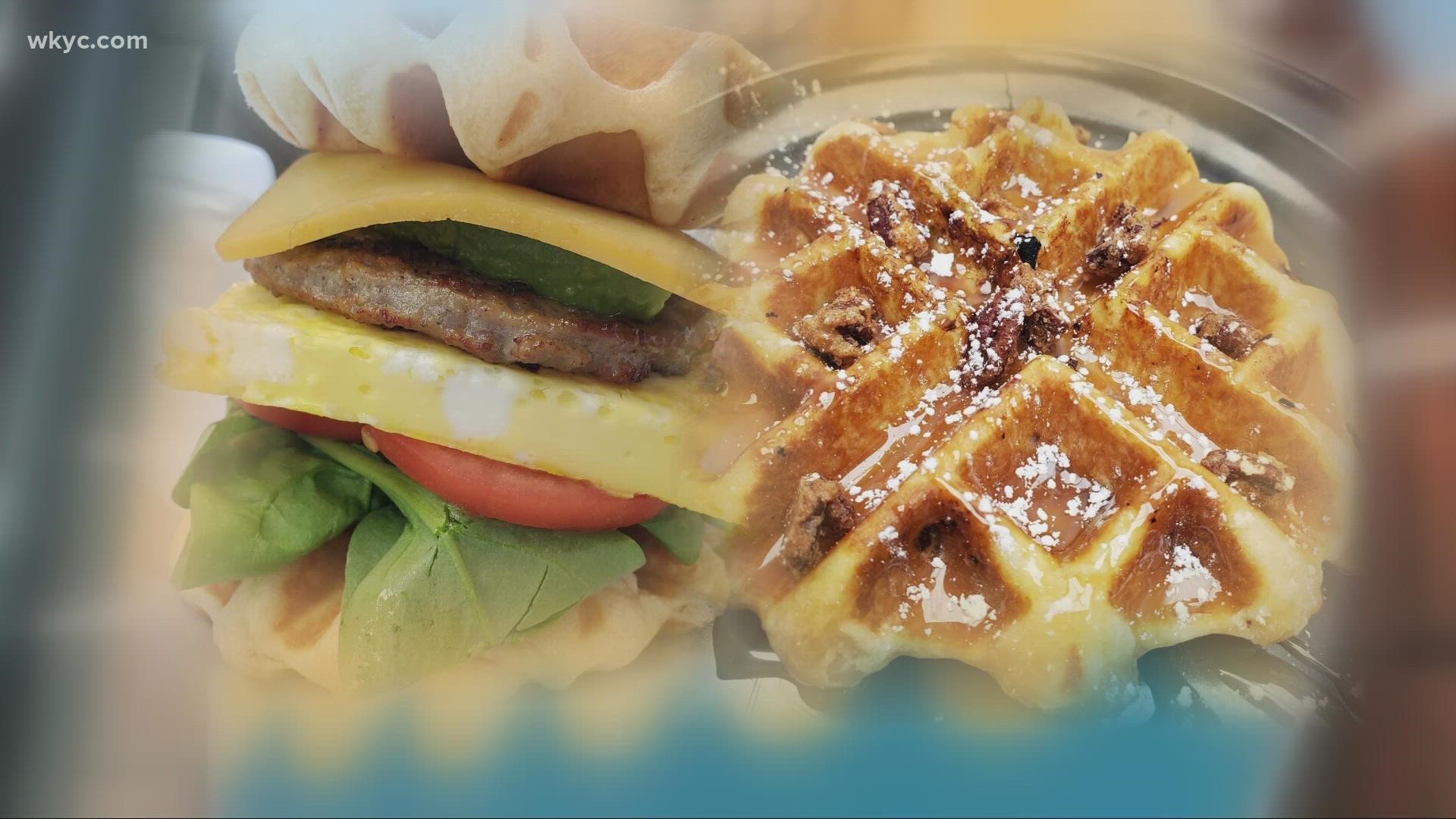 SANDUSKY, Ohio — It's hard enough to perfect a recipe, but add a pandemic to the mix, and deciding to start a brand-new restaurant is an even more difficult project to master.

But despite pandemic uncertainty, there was never really any waffling for Kristie Ward and Lauren Krueger, the sisters behind Wake Up and Waffle in Sandusky. They had a vision, so they went out and made it happen.

"When we first opened, we knew we planned ahead financially and we knew that it was going to be very difficult because we didn't qualify for any of the SBA loans. We were too new, so we didn't get any of the financial help from the pandemic," said Krueger. "And so we planned ahead. The weekends were always really good."

"You never know if you don't like, take the chance, you know?" said Ward.

The idea for Ward and Krueger to join forces was originally born in Cleveland, but the two decided to turn their sights slightly to the west when it came time to choose a location.

"Actually, this opportunity came up here in Sandusky and you know, in the summer times I'd come up and visit Lauren and I love the area," Ward said. "So once we came and visited a couple of sites, it was pretty much a no-brainer. It was like, let's just do it. Why not?"

Wake Up and Waffle has a traditional brunch menu, with a bit of a twist -- they make sandwiches and more using liege waffles, which are made from a Brioche-like dough studded with Belgian sugar pearls, instead of using the typical pancake batter you normally see.

Since opening last September, it's quickly proven to be super popular with locals and tourists alike, with the sisters seeing a lot of growth. They went from just the two of them working -- one of them waiting tables and greeting and one of them cooking -- to having about a dozen employees.

Now, with support from family and locals alike, one year in, the sisters say business is booming.

"They were like, we'd love that. We love that you're here. We love the concept," said Krueger, of how the city has embraced the sisters with open arms. "We're going to do whatever we can to keep you here."

"Our waffles and the menu is just so unique. You know, we didn't want to open up a breakfast place and be like, you know, the place down the street," said Ward. "We wanted it to be something different. And I think we've proven that to everybody."

Ward and Krueger have plans for the distant, and not-so-distant future, hoping to expand with another location at some point.

"We are actually just starting to talk about it and the east side is definitely on our radar. So we'd like to keep the first, you know, the first or second locatinos, you know, close within driving range," said Krueger.

But for now, this is one sweet spot that's well worth the drive to the west.