Mike Polk Jr. takes a walk down Browns memory lane to share the origins of the parody song that became a Cleveland #1 radio hit. 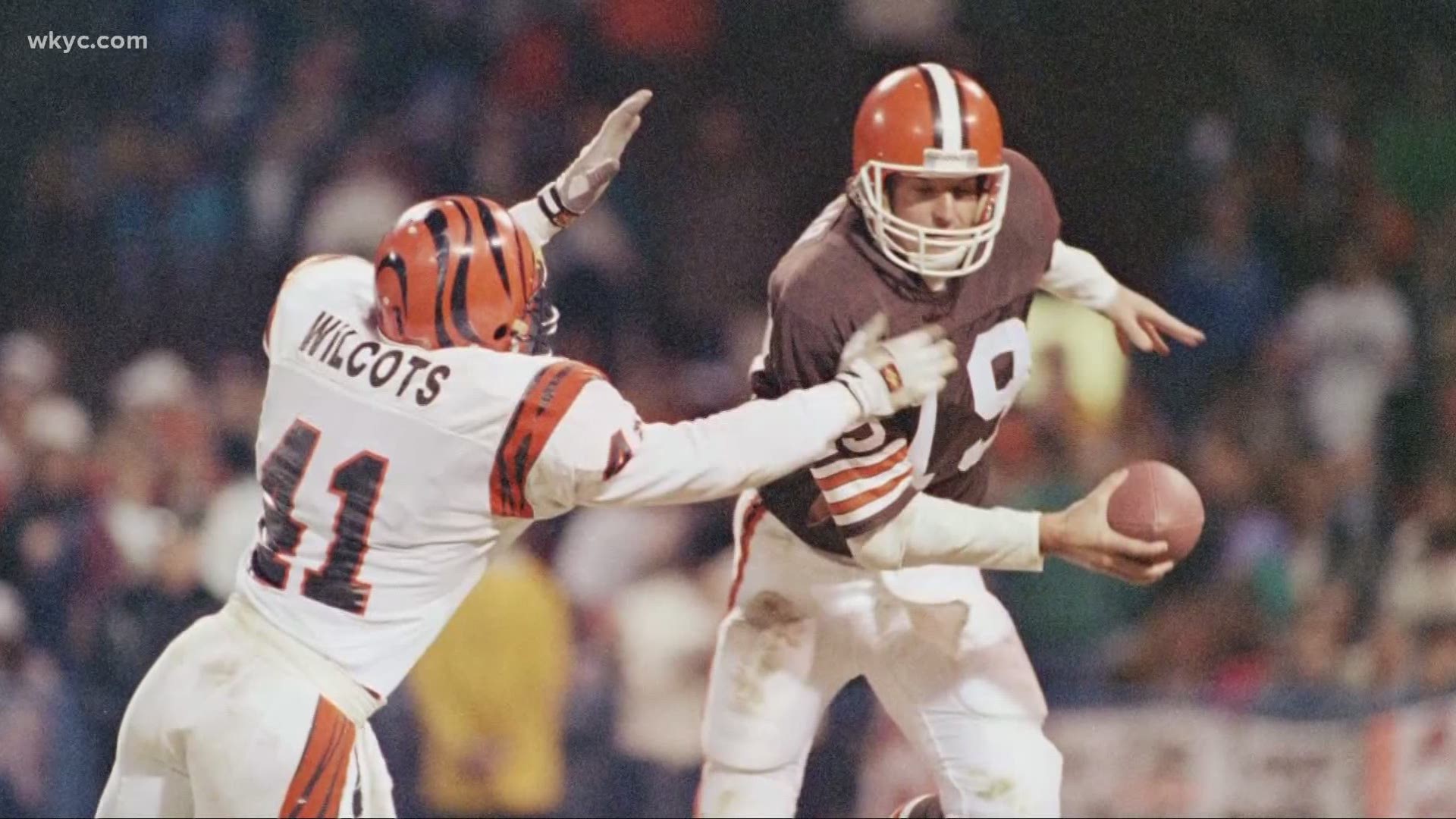 CLEVELAND — If you know Cleveland and you understand Browns fans you’re probably not surprised that a Bernie Kosar-themed themed tribute song recorded in a local mall managed to top the Cleveland charts 1987, because the Browns were good after being bad for a long time, and we all felt like celebrating.

Well after three decades, many losses and an exciting new era of Browns football, the song remains beloved in here in town. But how did a song created by three locals who dubbed themselves “The Bleacher Bums” leave such a lasting impression? I was fortunate enough to score an interview with one of the original members, Lee Herlands, to find out.

Lee explained that he and the other two Bums, Don King and Bruce Kretch, took the 1957 Kingsmen hit Louie Louie, swapped out the lyrics with Browns-friendly references…and then hit the recording studio…at Mentor Mall.

Once local radio got a hold of the infectious Browns propaganda piece, it soon took flight like a perfect Bernie Kosar Hail Mary.

So join me on this walk down Browns memory lane...and let's enjoy this magical football feeling once again.