Plus, which two celeb couples are celebrating 10 years together today? 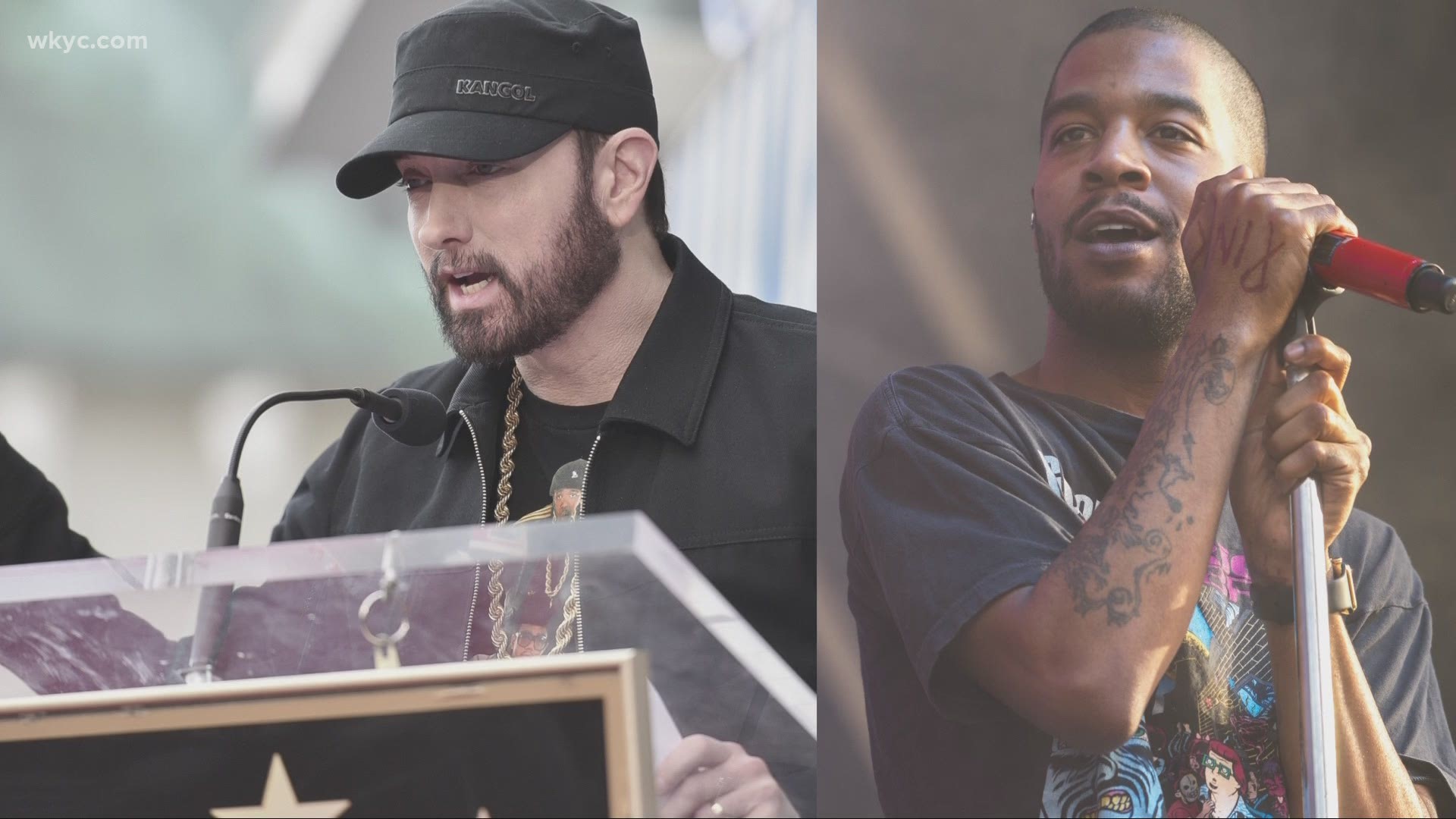 LOS ANGELES — Kid Cudi and Eminem finally collaborate on a politically-charged new song, Meghan Markle's legal battle against a tabloid continues, two different famous couples celebrate a decade together, and Will and Jada Smith finally open up about her relationship outside of her marriage. These are the top headlines around Hollywood.

Two iconic rappers have teamed up on a brand new song.

Eminem and Cleveland native Kid Cudi are not holding back when it comes to current events in the United States.

The rappers mention the deaths of George Floyd, the unarmed Black man killed in Minneapolis on Memorial Day; as well as Ahmaud Arbery, a Black man who was killed by two white men while out for a jog.

They also reminded fans that the U.S. is still in the middle of a pandemic, telling everyone to wear their masks and stay socially distant...while also using a few expletives (listener discretion advised).

Meghan Markle is also fighting for change today, telling British tabloid The Mail on Sunday to leave her friends alone.

Credit: AP
Britain's Prince Harry and Meghan, the Duke and Duchess of Sussex arrive at the annual Endeavour Fund Awards in London, Thursday, March 5, 2020. The awards celebrate the achievements of service personnel who were injured in service and have gone on to use sport as part of their recovery and rehabilitation. (AP Photo/Kirsty Wigglesworth)

In their ongoing legal battle, Meghan is alleging that the magazine shared personal information throughout her time as a Senior Royal, especially after they released private letters from the Duchess of Sussex to her now-estranged-father, Thomas Markle.

The magazine is currently trying to obtain the names of several anonymous friends of Meghan's who spoke out in support of her in 2019 shortly after The Mail released the private notes to Thomas.

The tabloid claims that they have no intention to reveal the identities of her friends, but that they are "at the heart of the case."

Meghan is not so trusting, however...unsurprisingly.

Two of the best celeb couples around are celebrating some landmark anniversaries today.

Country singer Carrie Underwood rang in 10 years with hubby and NHL player Mike Fisher. Underwood shared cute (and somewhat awkward) throwback photos of each of them when they were younger, and thanked him for a great life and family.

Meanwhile, "A Quiet Place" stars John Krasinski and Emily Blunt are also celebrating a decade of love. The couple has kept "quiet" on social media today, and are enjoying the day to themselves.

Congrats to the two couples!

Pinkett-Smith hosted herself on her own Facebook talk show "Red Table Talk."  Husband and actor Will Smith also talked with her about the alleged affair, during which she admits to a full-blown relationship with Alsina.

Jada Brings Herself to the Table

Jada and Will address the recent headlines and share their journey of finding peace through pain.

The Hollywood couple says that although they went through a tough time, their relationship is "forged in fire" and that they now have a new level of unconditional love for each other.

RELATED: Watch | Lady A files lawsuit against singer who goes by the same name, 'The Wonder Years' gets a reboot, & 'The Crown' is getting a sixth season