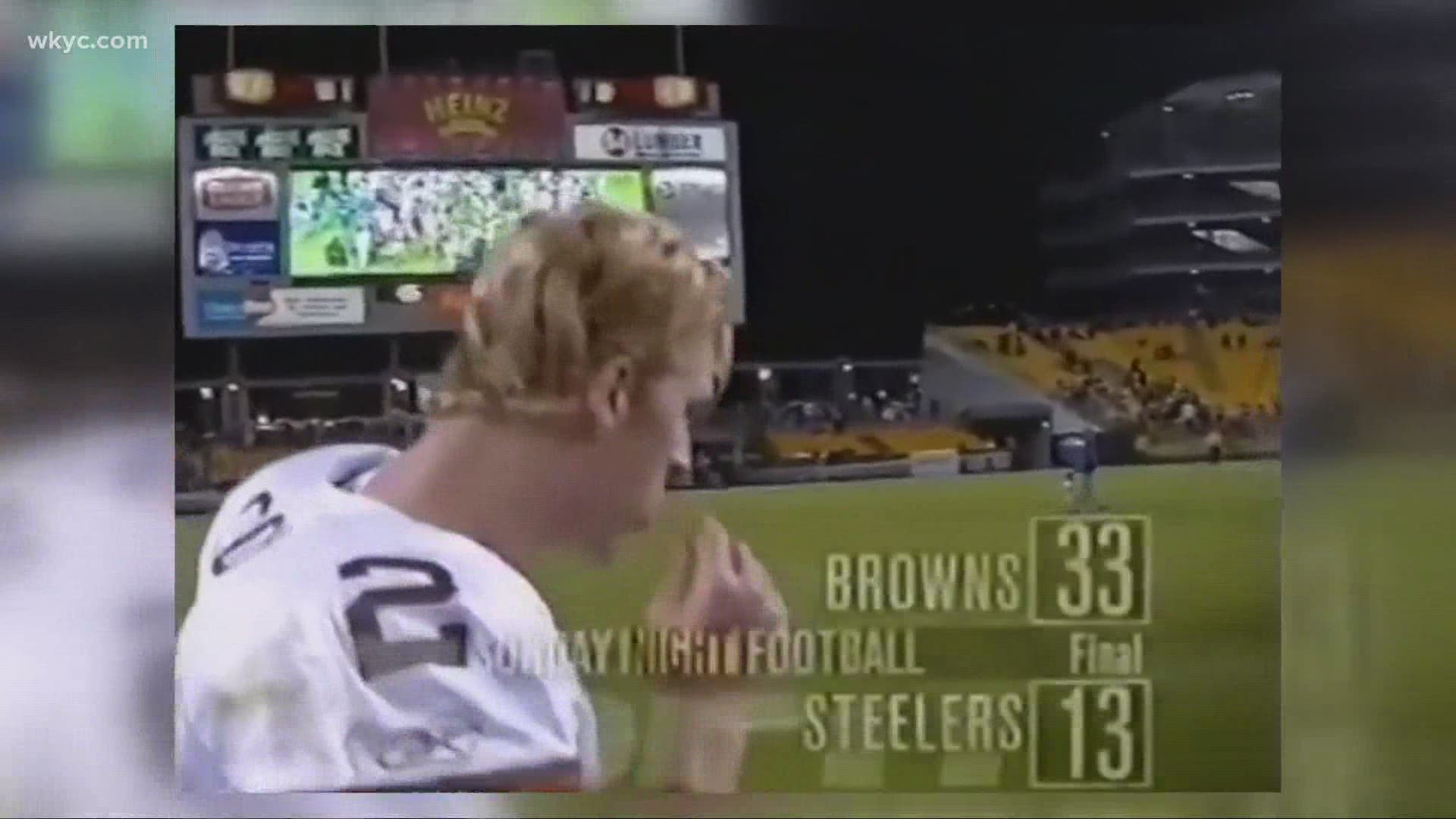 CLEVELAND — Well that was an unpleasant football watching experience.

The Browns are in what you would call, a bit of a dry spell at Heinz Field. And by that I mean they haven’t won a game there since 2003 when, Quarterback-Whose-Career-We-Probably-Ruined-Just-By-Being-Us Tim Couch led Cleveland to a 33-13 win in what to-this-day is the ONLY Browns victory at Heinz Field in history. So, that’s not great.

Here’s some hurtful perspective on how long ago that was, the last year that The Browns won in Pittsburgh, the movie Finding Nemo was released, Nokia cell phones dominated the market,  Baker Mayfield looked like this, and Outkast’s “Hey Ya” was at the top of the charts. And it still is in my heart.

RELATED: Browns' Baker Mayfield not discouraged by blowout losses to Ravens and Steelers

A big part of the problem is obviously this monstrous abomination who refuses to retire out of spite for me, Ben Roethlisberger.

And I’ve actually had it even worse than most Browns fans because I was still attending Kent State in the early 2000’s when Ben was already dominating at Miami of Ohio. So this monster has been haunting me and my teams for literally my entire adult life. And he just…won’t…go…away.

RELATED: Social media sounds off after Cleveland Browns get crushed by Pittsburgh Steelers

That said, I do feel like everybody’s overreacting to this loss a little bit. If you looked at social media last night people were acting like the world was coming to an end, and that might be true, but it’s not because The Browns got stomped by Pittsburgh. That’s just all the other stuff going.

We’re 4 and 2 people! How soon we forget We just got shellacked by a very good team, playing with a beat up QB, missing our number one running back and a crucial member of the O-line AND with a secondary made up of guys who will be playing on The Montreal Alouttes this time next year in the Canadian football league.

Who are we to be all doom and gloom at 4 and 2? Need I remind everyone that it was just a few years ago that we went 0 and 16 and threw a parade? I know that because I marched in it.

I hate Pittsburgh, but they’re a great team and that loss wasn’t surprising to me. The good news is that we have Cincinnati again next week and that is very much NOT a great team.

In fact, with a couple of exceptions we actually have a pretty easy schedule moving forward.

RELATED: Browns Baker Mayfield was pulled due to ribs injury; will start at Bengals

So keep the faith folks. We lost to a strong team, now let’s just go prey on the weak for a while and exact our revenge at the end of the season. Lord knows we’re due.