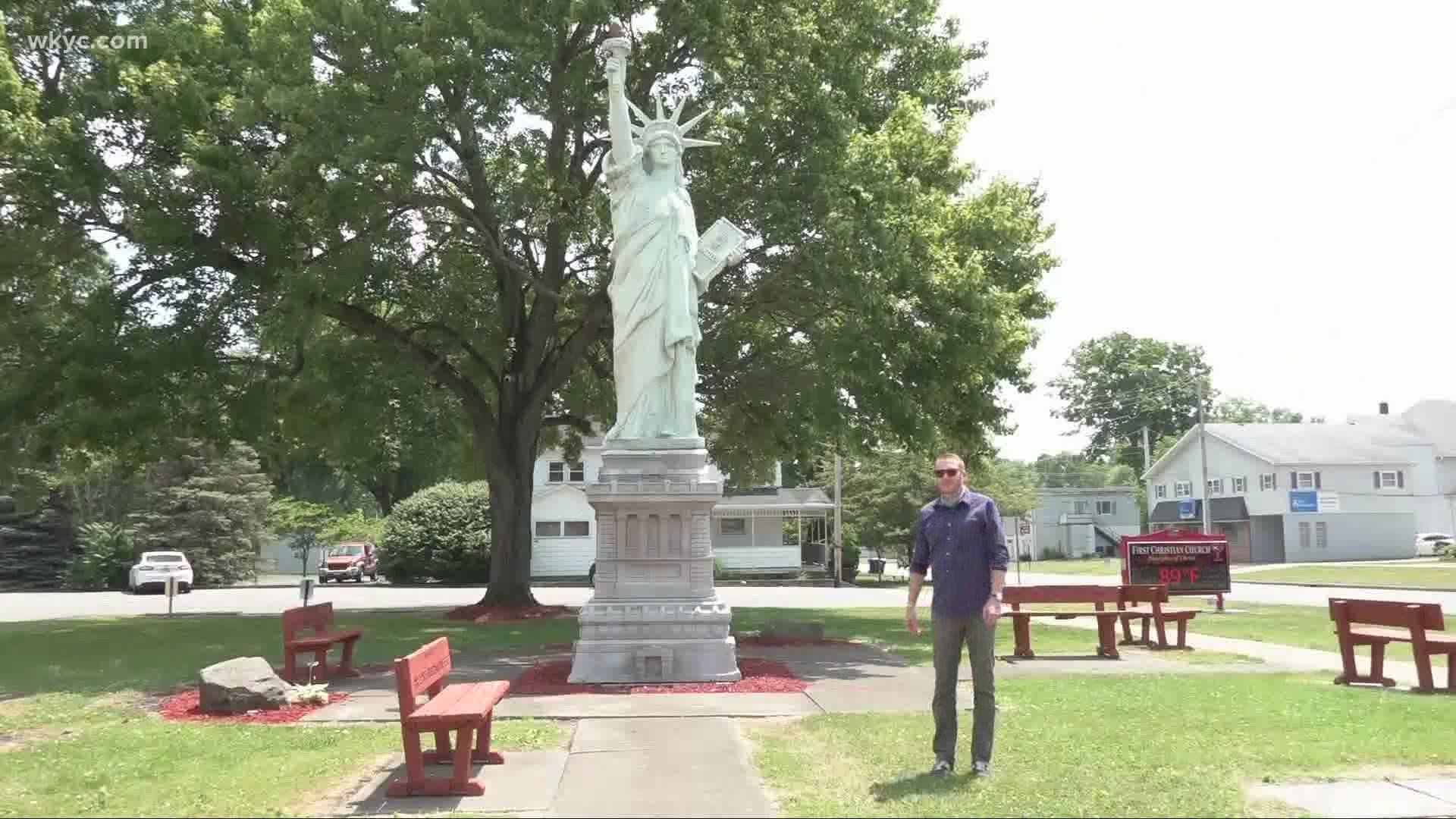 Until recently, it was best known for it's quaint downtown, historic covered bridge, and redundant zip code (44444).

It also just happens to be my hometown.

It reads, in full:

During the course of our conversation, Mr. Lynch explained why he wanted to accept the eight historical, yet also controversial figures named in his proclamation.

But our interview was interrupted by quite a bit of honking and yelling from local residents who clearly were not in favor with his plan.

Lynch says that the vast majority of the responses to his decision has been positive. And that may be the case. But those people didn’t seem to be driving by on this particular afternoon.

So, for now, my hometown remains a city quite divided, and very much a part of the national conversation. Whether they like it, or not.

RELATED: Meijer pulls out of sponsoring Lorain County Fair due to display and sale of Confederate flags