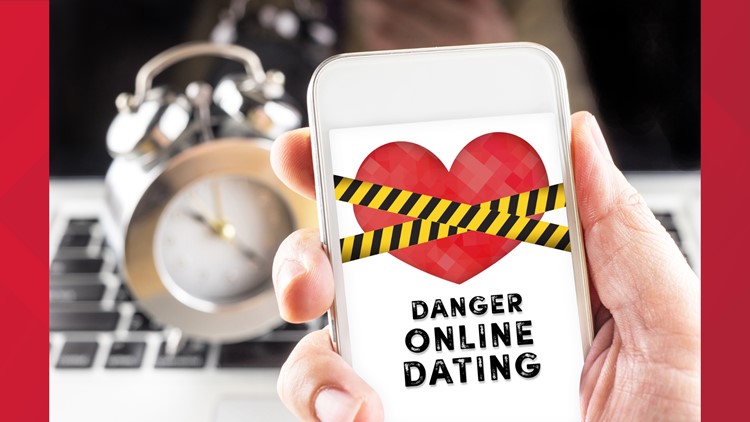 Photo by: Getty Images/iStockphoto
3News' Stephanie Haney talked with Summit County Prosecutor Sherri Bevan Walsh and self defense expert Rob Fletcher of SDI7 about how to protect yourself from the dangers of online dating.

CLEVELAND — More than 40 million Americans use online dating services or dating apps, according to the Rape, Abuse and Incest National Network. That’s a lot of people, and meeting strangers without any mutual connections comes with unique concerns when it comes to our safety.

This is near and dear to the heart of Summit County Prosecutor Sherri Bevan Walsh, whose office offers a self defense course.

“Many years ago when I was only 25 years old I was the 11th of 13 young women who was attacked in broad daylight by a serial rapist. Thankfully I had taken a self defense class and I was able to escape,” Prosecutor Walsh told 3News.

“It was an experience that unfortunately I’ve never forgotten and it really has motivated me to do as much as I can to help women stay safe.”

Before a situation escalates into violence, there are a few key things to keep in mind to maximize your safety.

“One of the problems that we see with online dating is people do a lot of communication by text or maybe by phone call, so when they meet they tend to have a false sense of security that they really know the person, and they feel maybe a higher degree of comfort than they should feel,” Walsh said. “Be very cautious when you have that face to face meeting. Be in a very public place. Don’t go to the person’s home or don’t go to places where there aren’t other people around.”

More tips from RAINN include: Insist on video chatting before meeting in person; tell a friend where you’re going and share your location with them if you’re using a smart phone; and don’t rely on your date for transportation.

It’s also important to be mindful about what information you’re sharing with people you don’t know well. RAINN recommends using unique photos on dating sites, which are different than ones you might have posted publicly on social media sites or elsewhere on the internet, to prevent reverse image searching so people can’t find out more about you than you want to share.

Tinder – one popular dating app which is now owned by Match Group– has taken the step of adding a panic button to its app. The new function was developed in partnership with Noonlight and uses location data on your phone to silently contact emergency responders, and is designed to be used discreetly in scenarios when a person can’t safely call or text 911.

In discussing when to hit that panic button, Walsh had this advice: “Trust your gut instinct. I think that’s a problem that women in particular have. We have this bad feeling about a person or a situation but unfortunately we talk ourselves out of that, and we say, ‘I’m just being paranoid, I’m sure he’s fine, I’m sure this situation is fine.’ So the best advice I can give is if you get that gut feeling, and most victims at some point get a really bad feeling, trust that feeling. Don’t talk yourself out of that.”

If you do find yourself in a dangerous situation, it’s helpful to know what to do. Walsh’s office holds self defense classes for women each month, with the next one happening on Tuesday, February 25 at Tallmadge Indoor Soccer Field from 6-8 PM. There, people can learn techniques on how to break free if you’re grabbed by the throat, wrist, or if someone is on top of you, to name a few scenarios. (For more information, contact Tania Nemer by phone at 330-643-7751 or by email at tnemer@prosecutor.summitoh.net.)

To talk more about self defense and demonstrate techniques, SDI7 Safety and Self Defense Program founder Rob Fletcher stopped by the 3News studio.

Fletcher, who is a Columbus, Ohio native, former member of the US Kickboxing Team, black belt, self defense and combative tactics expert, explained why it’s so important to have self defense training in dating violence situations.

“People instinctually freeze in a violent moment and shut down so mental state is very important,” Fletcher told 3News. With proper training, defense techniques can become your reflexive response so you can retrain your brain to react automatically instead of freezing in fear.

“To take down an attacker, the most vulnerable target areas are the eyes, nose and groin,” Fletcher said. “The simplest and the most effective strikes are the thumb gouge or strike, palm strike, spearhand, striking with your elbows and knees, and kicking.”

Fletcher demonstrated several of these moves with 3News’ Stephanie Haney, showing how to defend against a choke, being pinned up against a wall, and also being attacked from the back. (Detailed instructions on how to execute these moves are written out below.)

Fletcher also recommends being aware of what tools you can find around you, to use as improvised weapons if necessary. In addition to carrying pepper spray or gel, things that can also be helpful in an attack situation include your cell phone, a book, rocks, pens and car keys. “Anything to throw, block or strike with can make a huge difference,” Fletcher said.

Fletcher’s next self defense conference is being held on Sunday, March 1 from 12-3pm at the Renaissance Hotel in downtown Columbus. Tickets cost $25 and proceeds go the Reagan Tokes Memorial Foundation.

RELATED: Valentine's Day food deals for couples, singles and all the rest

Practice these simple, effective strikes to the most vulnerable target areas at home by performing each move for 10-20 repetitions. Visualize yourself striking to the target areas. Movement (strikes) should be performed slow at first. Focus on the strike, the target area and how your body is moving.

Start with your right foot back with your weight evenly distributed and your feet slightly wider than shoulder-width apart. Hands are up and open alongside your head. Elbows are tucked in close to your sides.

Place your feet shoulder-width apart with your weight evenly distributed, elbows pointing down and hands up and open alongside your head.

STRIKES (attacks from the front)

From the natural stance. Slightly hook your thumbs. Shoot both hands straight out in front and quickly return to the set position. Visualize striking to the eyes of an attacker with your thumbs.

From the natural stance. Hands are open, fingers are close together and tight. Shoot both hands straight out in front, palms turning down as if piercing your fingers into the eye socket, and quickly return to the set position. Visualize striking to the eyes of an attacker

From the self-protective stance. The right foot is back. Hands are open. Elbows at your sides. With your rear hand (right) The motion is as if throwing a punch but the impact is with your palm. front visualizing striking to the attacker's nose with your palm. Quickly return to the set position.

From a fighter's stance. The right foot is back. Hands are up and open. Lift your knee up and out in front. Your heel is tucked to your butt. Snap the lower part of your leg out with toes pointed straight ahead. Visualize striking the attacker in the groin area with the instep part of your foot. It is a fast snapping motion. Perform slowly until you get a feel for the correct movement.

From a fighter's stance. The right foot is back. Hands are up and open. Thrust your hips forward while at the same time picking your knee and driving it straight up as if striking into the attacker's groin area. The heel is pulled back towards your butt. Toes are pointing down the ground.

STRIKES (attacks from the back)

From the natural stance. Imagine someone grabbing you in a bear hug from behind, your arms are trapped. A "slight" tuck of your chin towards your chest. Drive, your head backward visualizing striking to the nose of the attacker.

From a natural stance. Imagine someone grabbing you in a bear hug from behind, your arms are trapped. Pick up your left hand, make a tight fist, drive your fist down and back. Visualize striking to the groin of the attacker.

From a natural stance. Pick your right knee up, drive the heel of your foot down (stomp) as if striking to the top of the attackers foot.

From the natural stance. Drive your right elbow backward. Short, fast, sharp jabs with the elbow driving straight back. Visualize striking the attacker who is grabbing you from behind (such as a one-arm choke)

From a natural stance. With your left elbow, rotate (pivot) counterclockwise while driving your elbow back and up visualizing striking to the attackers who is grabbing you from behind.

From a natural stance. Your left arm down along side your body. Lifting the left elbow up behind you, visualizing striking the attacker under the chin.

Put the strikes together to make a combination. Perform one strike followed by the next one.