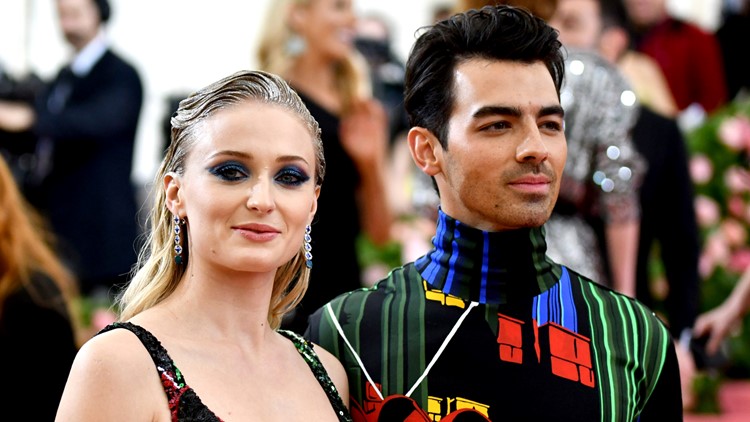 CLEVELAND — Love is in the air, with a new movie that everyone is talking about and a new celebrity couple expecting their first child.

Plus, Chrissy Teigen's hilarious joke about the crazy hoops you have to jump through to get the hottest Hollywood party of the year has everyone cracking up, and Netflix shares a surprise to go along with the release of the new "To All the Boys I've Loved Before" film.

Netflix dropped "To All the Boys I've Loved Before 2" last night after the first film debuted in August 2018 to rave reviews and huge success. The film has only been out since midnight, but has already been trending on Twitter for over 12 hours, and has inspired a plethora of memes about how people are jealous over Lara Jean's love life.

If you haven't seen the first film, Netflix is now making it easier (and cheaper), to check it out. Even people without a subscription can watch the first movie for free.

However, if you want to watch the sequel, you will need an account. Netflix does offer a free 30 day trial if you simply can't wait to watch the new movie.

RELATED: Netflix allowing free streaming of 'To All the Boys I've Loved Before'

Queen-of-the-Internet Teigen had everyone laughing with her jokes about how to get into Hollywood's most exclusive party of the year. The model and lifestyle guru posted a thread on Twitter with wild (and most likely made up) steps to take toto get into Vanity Fair's post-Oscars event.

The steps include everything from having an 18-minute-conversation with someone you don't know, to sacrificing social media stars. We're pretty sure she was joking.

Of all people, it was The Notebook star Gosling who apparently didn't think the Backstreet Boys (BSB) could make it big. In an interview on the Tonight Show with Jimmy Fallon on Tuesday night, the iconic boy band told Fallon that while they were living in the same apartment complex with the cast of The Mickey Mouse Club (including Gosling, Justin Timberlake, and Christina Aguilera), the group would often play basketball with Gosling. During a game, Gosling allegedly told BSB that "it will never work," and that "New Kids on the Block have already done it."

The Backstreet Boys are currently on their 10th headliner tour, so no hard feelings.

Jonas Brothers  star Joe and his Game of Thrones actor wife, Turner, are reportedly expecting a baby. The couple were marred in May of 2019, in Vegas surrounded by a few friends, an Elvis impersonator, and featuring ring pop wedding bands. This will be the couple's first child.