Pop Break on What's New: A Brad Pitt and Jennifer Aniston reunion, Why Diddy is coming to Cleveland, and the San Francisco coach who is making history

Stephanie Haney takes a look at how the 49ers are already making Super Bowl LIV one to remember and much more on Monday's Pop Break. 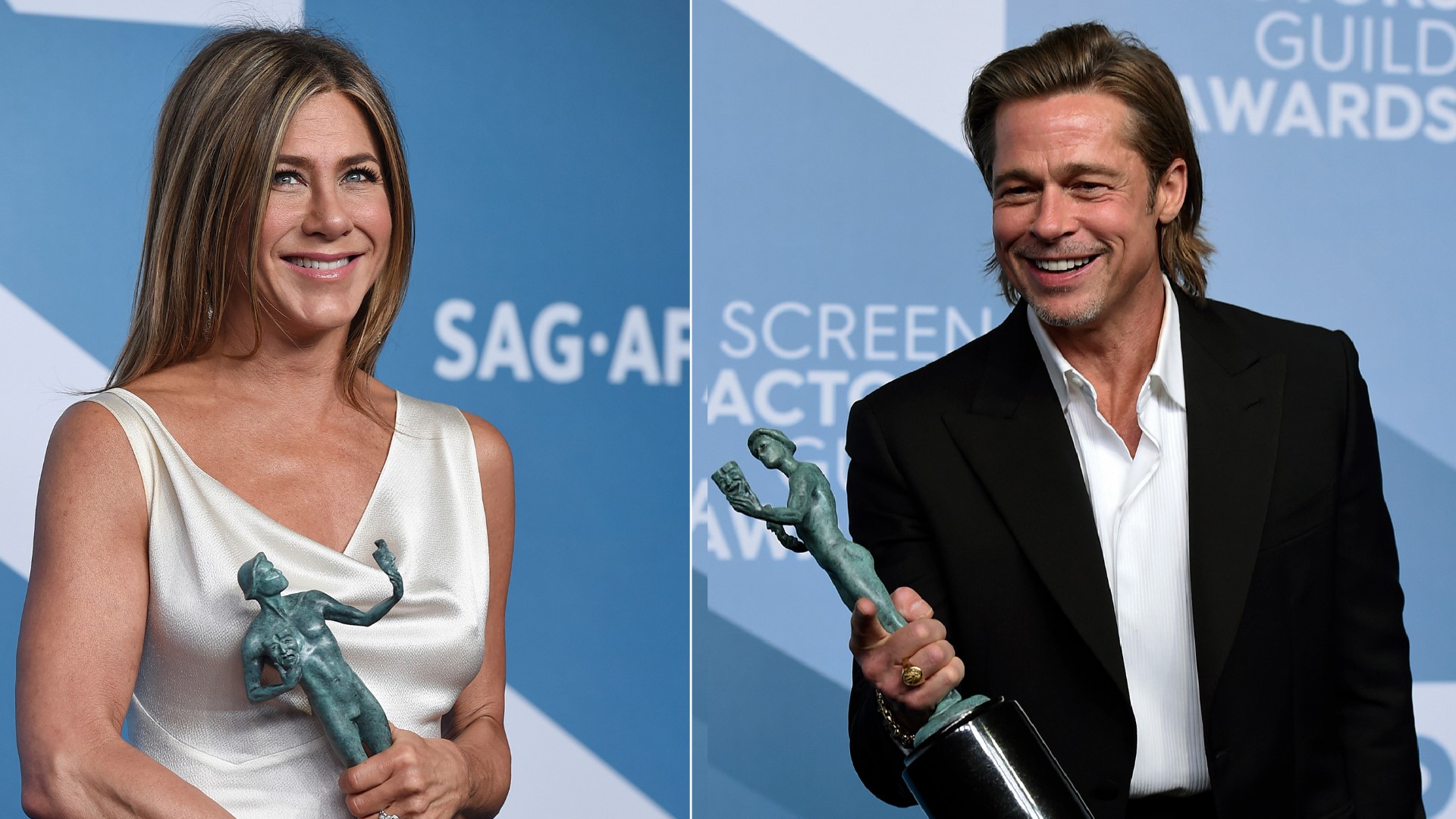 In Monday’s Pop Break on What's New, Digital Anchor Stephanie Haney covers how the San Francisco 49ers are already making Super Bowl LIV (54) one to remember, the heartbreaking reason that Diddy and Faith Evans are heading to the CLE, and the SAG awards drama that has people wondering about a possible rekindled connection.

At Sunday night’s Screen Actors Guild Awards in Hollywood, heads were turning after Jennifer Aniston won an award for her role on Apple TV Plus's The Morning Show. Aniston hit the stage to accept her award, but what she didn’t know, was that behind the scenes, Brad Pitt was watching in awe. After grabbing his own statue for his part in Quentin Tarantino's Once Upon a Time in Hollywood, Pitt stopped dead in his tracks backstage to listen as Jen gave her acceptance speech. The two then met up backstage and embraced, which has many fans wondering if a reunion is on the horizon for the pair who famously split in 2005.

RELATED: 'Parasite' wins at SAG Awards, Brad Pitt and Jennifer Aniston do too

The Rock and Roll Hall of Fame just released their new class of inductees for the 2020 season, and one of the names that hit many fans was The Notorious B.I.G.. The legendary Rapper and RnB singer was announced to be one of the new icons who will make their Rock Hall debut, but news just broke that Rapper and singer Sean "Diddy" Combs as well as singer and rapper Faith Evans will be coming to Cleveland to witness their late friend receive this prestigious honor. Diddy and Evans released the song "I'll be missing you" just months after Biggie's death in 1997, and dedicated it to him. The Rock Hall will induct the class of 2020 in May.

It was just yesterday that the two teams who will face off in Miami at the Super Bowl next month were declared, but it's already slated to be a historic game! On February 2nd, the Kansas City Chiefs will play the San Fransisco 49ers. Although it has been 50 years since the Chiefs last made it to the big game, the talk of the town is someone making history on the 49ers team. For the first time ever, a female coach will make her way to the Super Bowl! San Francisco's Katie Sowers will make history as not only the first woman, but also the first openly gay coach in Super Bowl history. Sowers, who is the Offensive Assistant coach, broke her silence on Twitter saying quote "Unreal night. Taking our talents to South Beach... Niners versus Chiefs... I couldn't ask for a better game.”

RELATED: What song will J.Lo perform first and all the Super Bowl LIV prop bets you need to know

RELATED: When is Super Bowl 2020: Date, time, performers and more

RELATED: 'Making It... In Ohio' is a new sitcom that will be filmed in Cleveland and air on Amazon Prime Video