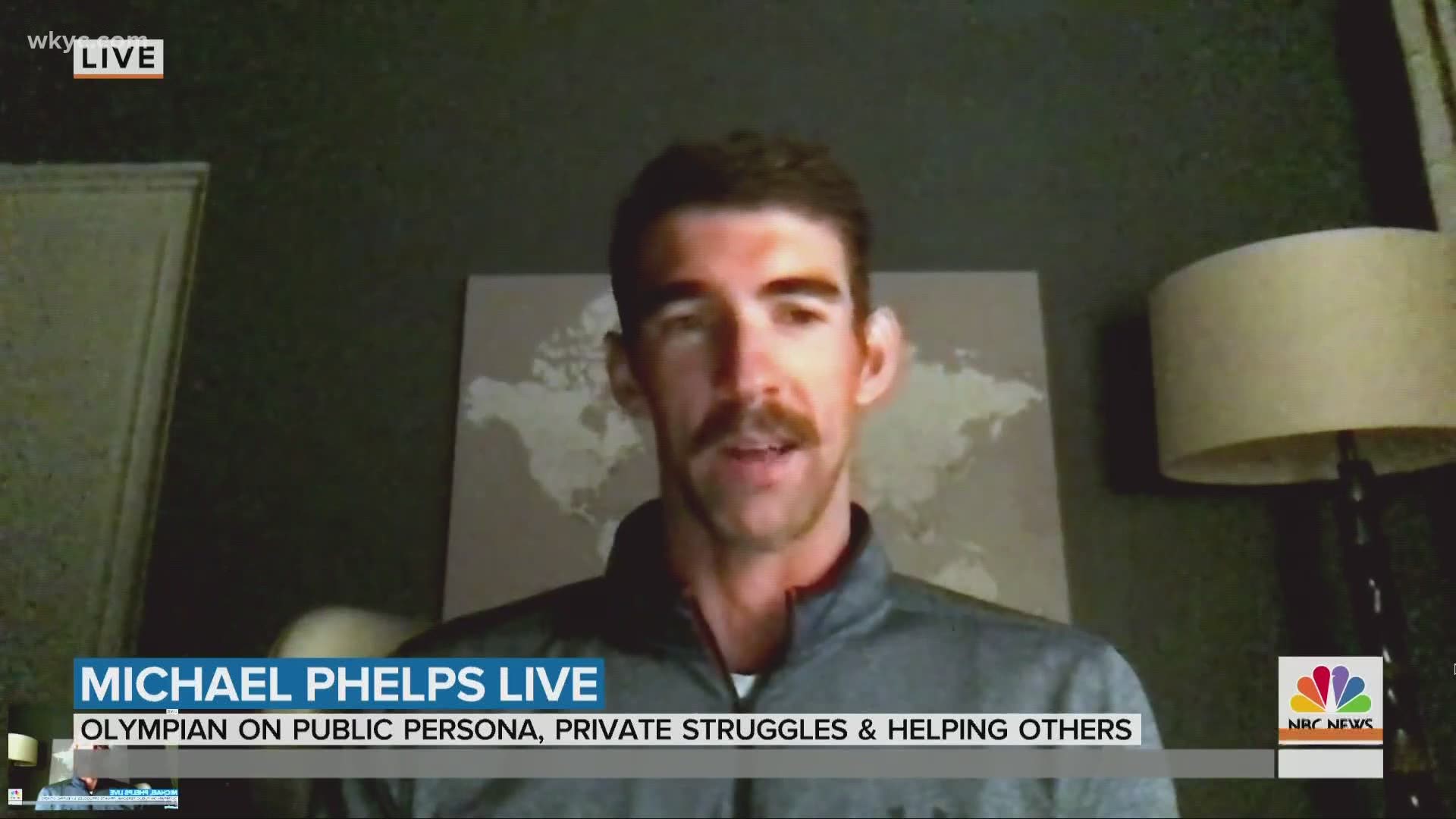 CLEVELAND — A new HBO documentary that focuses on the mental health of Olympians, Madonna's false Instagram re-post, and why fans are mad that Reese Witherspoon didn't receive an Emmy nomination. These are the top headlines around Hollywood.

HBO's "The Weight of Gold" is not shying away from the dark (and overlooked) issue that is the mental health of athletes working towards making the Olympics. The documentary takes an in-depth look at the lives of several prominent Olympians, including Apolo Ohno, Gracie Gold, Lolo Jones, and Shaun White, and their path to gold.

"The Weight of Gold" focuses on the mentality and work that goes into creating a winner, and the often unseen emptiness that follows the end of an athlete's career.

Olympic legend Michael Phelps, who also stars in the documentary, stopped by NBC's "Today" Wednesday morning to discuss his own personal struggles, and why he hopes the film helps anyone who is struggling.

"It is going to be difficult [to watch]" Phelps told "Today" anchor Savannah Guthrie, "but it's something that we need to talk about and we need to address."

Phelps has been open in the past about his struggles with mental health and even his suicidal thoughts during and after his five Olympic appearances. The documentary is now streaming on HBO.

Madonna is in hot water after re-posting a now-debunked video on Instagram claiming that a COVID-19 cure is "being hidden." The singer shared a viral video of Dr. Stella Immanuel falsely claiming that the anti-malarial drug Hydroxychloroquine can be used to fight the coronavirus.

Madonna's post was originally just flagged by the media platform, but later was completely deleted for violating Instagram's guidelines regarding the spread of false information. The singer, who claimed to have tested positive for COVID-19 antibodies earlier this year, has yet to make a public comment on the controversial post.

The video has been circulating on various social media platforms, and even happened to be behind a 12-hour restriction on Donald Trump Jr.'s Twitter account after the president's son shared it.

Madonna, feel free to "Express Yourself," but make sure to always check your facts first.

Finally, social media is not happy after The Academy of Television Arts and Sciences just happened to snub one of the actors who made television great this year. Reese Witherspoon failed to receive any acting nominations for this year's Emmy Awards, despite starring in three critically-acclaimed and Emmy nominated shows.

Reese Witherspoon to the Television Academy after the Emmy nominations this morning pic.twitter.com/rID0PQWbcD

Witherspoon was busy this year, both acting and producing in HBO's "Big Little Lies," Apple TV's "The Morning Show," and Hulu's adaptation of the book "Little Fires Everywhere." The actress' co-stars in "The Morning Show," Jennifer Aniston and Steve Carell, were both nominated for their roles; while Witherspoon's counterpart in "Little Fires Everywhere," Kerry Washington, also scored a nomination.

Witherspoon, however, rose above it, taking to Twitter to congratulate all of her co-stars and everyone who participated in the three shows, writing that she is "incredibly proud."

Wow what an incredible honor! 3 of our @hellosunshine ☀️ productions are nominated for a total of 18 Emmys… I’m so proud of our team who works tirelessly behind the scenes to bring these stories to life! BRAVO to the cast & crews @LittleFiresHulu @TheMorningShow @Big_Little_Lies

Despite not being nominated for her acting this year, Witherspoon's production company, Hello Sunshine, brought in 18 total nominations for its work on all the shows.

So it's not all bad; she still has a reason to celebrate!

RELATED: 'The Ellen Show' under investigation by Warner Bros., diversity in Emmy nominations, and Barack and Michelle go live on the Michelle Obama podcast