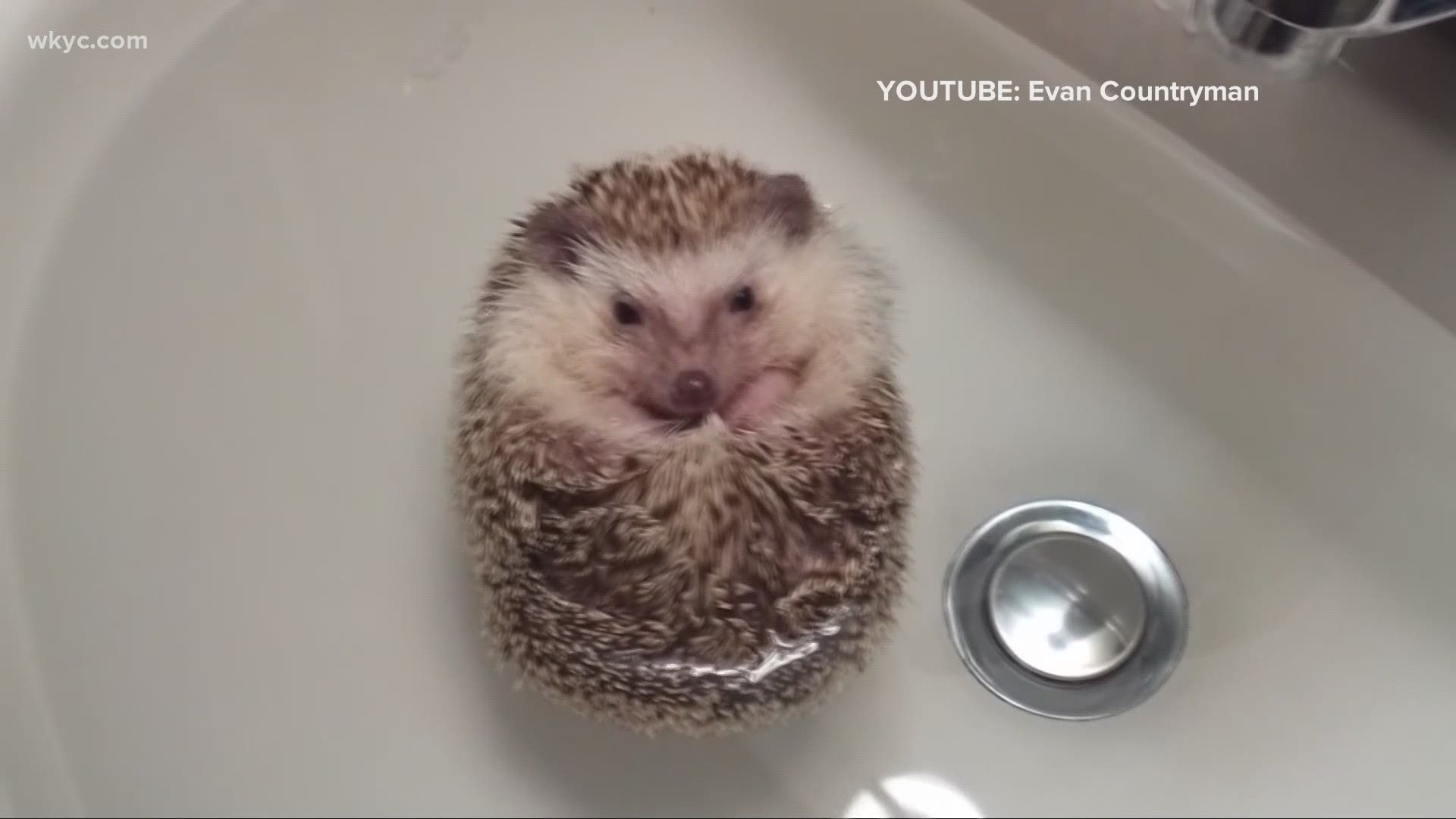 CLEVELAND — I’ll be completely honest: Until very recently I had what can only be described as an embarrassing lack of knowledge and understanding about hedgehogs.

It’s actually humiliating for me to acknowledge just how little I knew about the spiny darlings.

That’s why it was my great fortune to have encountered Stacy Edelstein of Orange and her hedgehog wards, Beck, Bianca, and Jellybean.

I’m far from the only one. The local stars have garnered an impressive following on their Instagram account that chronicles their daily lives and adventures and features them wearing a great number or tiny hats.

Stacy and the gang were gracious enough to spend a little time with me this week and I learned a great deal. In an effort to make certain that no one else remains similarly hedgehog-ignorant, I’ve compiled 5 quick, fun facts about these randy little dandies. I was simply SHOCKED by how many things we have in common.

Like me, hedgehogs also have the ability to hole themselves up and stay in a dormant state for winter in order to preserve energy or just to catch up on everything recorded on their DVRs.

2. We Both Dig The Nightlife

Just like me, hedgehogs sleep all day and party all night, while looking for some action and scavenging for grubs and worms.

3. We Are Both Cool Loners

The mighty trio featured in our story is exceptional in their cohabitation. hedgehogs typically prefer solitude and spend their entire lives alone unless it is either time for them to mate or they are called for jury duty.

4. We Are Both Lactose Intolerant

Due to the fact that we inhabit a cruel and ruthless universe, neither hedgehogs nor I can thoroughly enjoy a milkshake without experiencing drastic digestive repercussions. The struggle is real.

Hedgehogs and I both learned long ago that while we have been graced with many gifts, the ability to engage in martial combat simply does not number among them. Blessedly unburdened by pride, they too curl up into a ball when threatened by predators such as badgers or that group of jerk teens that’s always malingering outside the Circle K near my house. Don’t they have homes?!

I had such a pleasant time meeting my new friends.

If you are a Quirky Clevelander or know one whom you think I should meet, please let me know at: mpolk@wkyc.com.