Mike Polk Jr. is on board with the proposed name change. 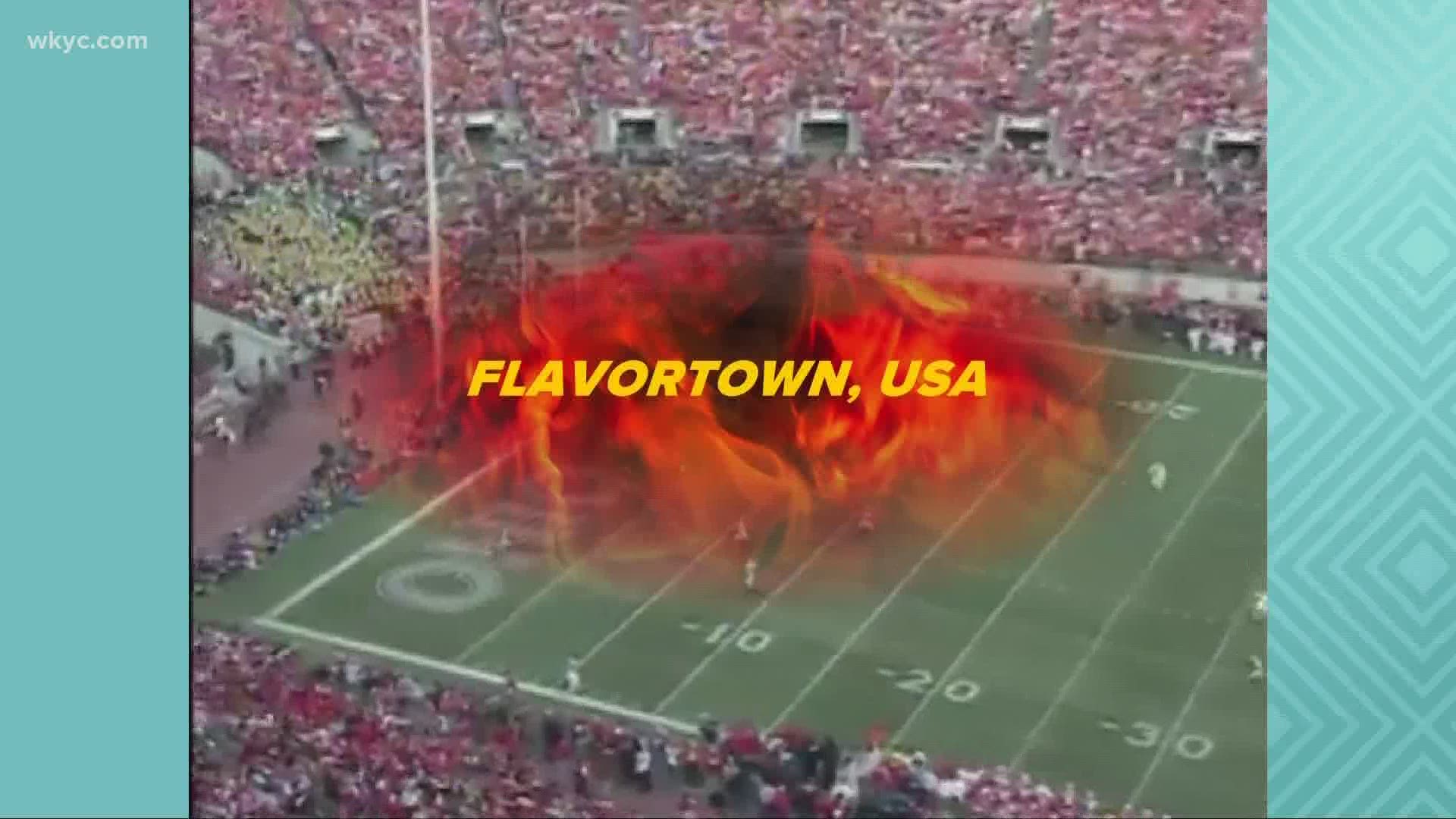 "Welcome back to the Ohio State-Michigan showdown, LIVE from Flavortown USA."

That could take some getting used to.

As the nationwide conversation around racial inequality continues the legacy of ol’ Chris Columbus has come under renewed scrutiny. And as it turns out, if you dig into his story much deeper than learning the names of his three ships, he doesn’t exactly come off looking like The Man Of The Year.

Many Ohioans now wish to disconnect themselves entirely from Columbus. Plans are already in motion to remove his statues from the capital, much to the displeasure of Ohio’s pigeon population, and now there’s even a movement to change the name of the city itself.

RELATED: Free Bud Light Seltzer promised for Columbus if it renames to Flavortown

RELATED: Petition calls for Columbus to rename itself 'Flavortown'

RELATED: Calls come for Columbus, Ohio to change its name

Nearly 100 thousand people have already signed an online petition that would rename Columbus, “Flavortown” an homage to the catchphrase of celebrity restauranteur Guy Fieri, whom, I was surprised to learn, was actually born in Columbus.

Speaking personally, I’m all for this Flavortown name-change, though I’ll admit that my reasons are less than pure. You see, I don’t really care for the city of Columbus much, and I like that this would make them look silly.

Call me petty if you will, and I most certainly am, but as a Clevelander I feel a natural sense of competition with Columbus. And I think they’ve gotten a little too big for their britches. I don’t like their economic stability. Having all of those steady government jobs gives them a distinct advantage over us.

I also won’t soon forget that a couple years back they attempted to steal Browns training camp from us which really put a bee in my bonnet.

Hey Columbus, you already have a pretty solid football team to enjoy. How about you let us appreciate our bad football team in its entirety. And the pre-season is the time of year when we get to enjoy the delusional hope of potential success. Back off.

Also, I’m sorry but the city of Columbus simply lacks character. It’s fine, it’s clean, it’s acceptable but there’s nothing particularly interesting about it. It’s like the Applebee’s of Ohio cities. Which is why “Flavortown” is such a perfect name for it. Because that actually sounds like the title of the appetizer Menu section at a bland chain restaurant.

Another bonus to this move: because the city would remain our State Capital, that would mean that all of Governor DeWine’s press conferences would be coming to us “Live from Flavortown” which is pretty hilarious in and of itself.

Further convoluting an already ridiculous story, The ANHEUSER-BUSCH corporations has chimed in on this development, promising free Bud Light Seltzer for all of Columbus, if the city does in fact change its name to "Flavortown” in honor of Guy Fieri.

And you can tell that it’s the year 2020 because I just said that sentence on the news, and none of you even batted an eye.

Of course, the odds of Columbus actually changing it’s name are extremely slim, but there’s nothing wrong with making them sweat a little bit. So not only do I encourage everyone to go online and sign this petition, I’ve also taken the liberty of updating the former Columbus City flag just in case this goes down.

RELATED: It's World Redhead Day - here's everything you ever wanted to know about your ginger friends