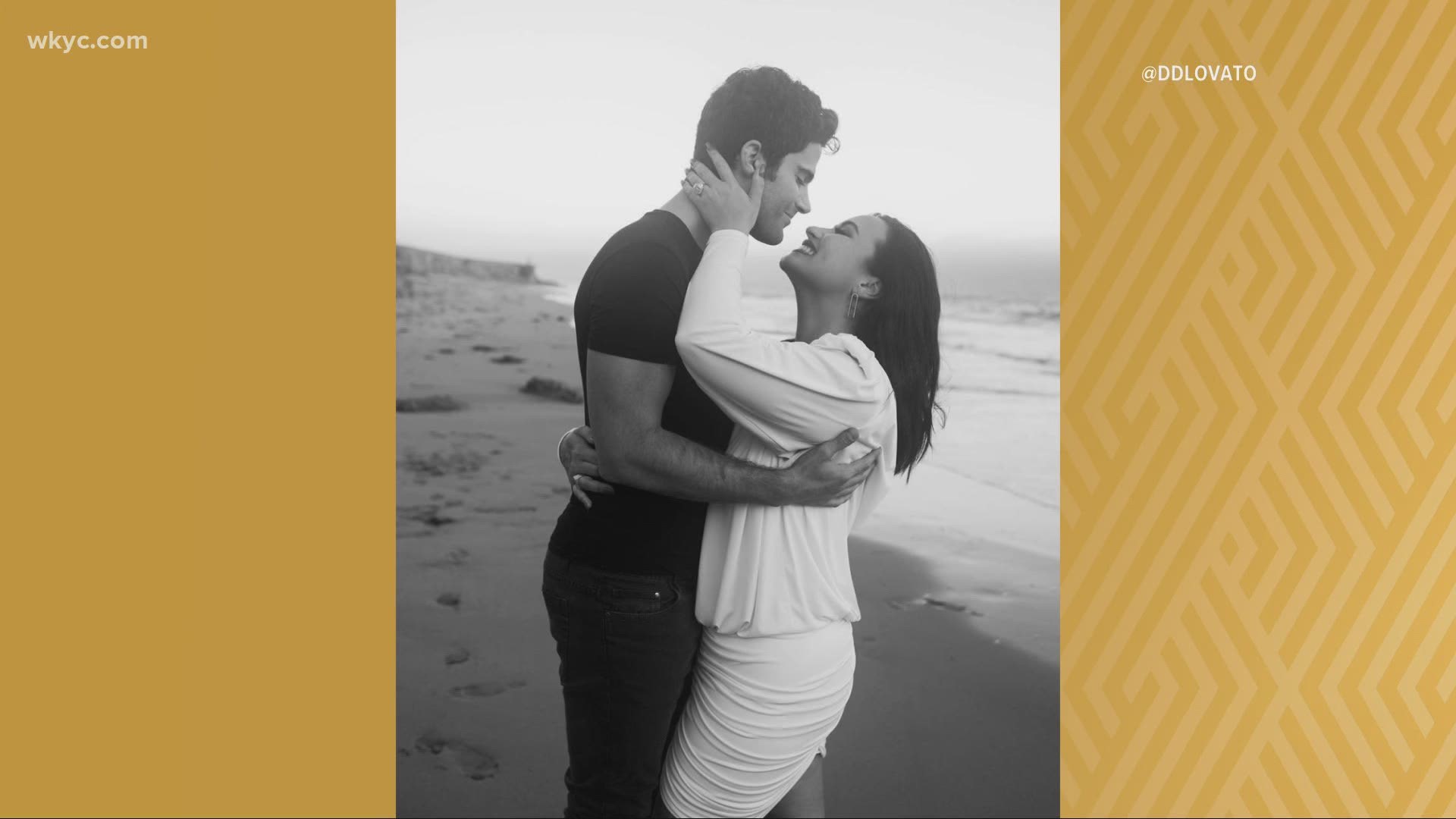 Taylor Swift is releasing brand new music on Friday, how fans celebrated the 10-year anniversary of One Direction, and Demi Lovato is officially off the market. These are the top headlines around Hollywood.

International superstar Taylor Swift is finally letting fans know what she has been up to in quarantine.

The "Shake it Off" singer announced on Instagram Thursday morning that she is releasing her eighth studio album, "Folklore," at midnight on Thursday.

Swift broke the news by sharing a series of pictures from the album, including the tracklist and the album's cover.

"Folklore" downloads 16 brand-new songs, as well as a bonus track if you buy a hard copy.

On top of the record's release, Swift is also giving fans a music video for one of the songs, "Cardigan," which she says was filmed with the proper social-distancing protocols in place.

The singer's last album debuted less than a year ago, so she has definitely been busy.

The album is available on all streaming platforms at midnight.

It's an emotional day for fans of the former U.K.-based pop group, One Direction.

Thursday marks 10-years since the group's inception on the U.K. version of "The X-Factor," and fans and bandmembers alike are sharing their fond memories from before the band split up.

Former singer for the group, Harry Styles posted a tribute for the anniversary on Twitter Thursday morning thanking fans for their love and devotion.

"I’ve been struggling to put into words how grateful I am for everything that’s happened over the last ten years" Styles wrote, "I’ve seen things and places that I’d only ever dreamt of when I was growing up."

I’ve been struggling to put into words how grateful I am for everything that’s happened over the last ten years. I’ve seen things and places that I’d only ever dreamt of when I was growing up. pic.twitter.com/yfAv8aUpbe

The "Watermelon Sugar" singer also shared his admiration for his band members, "to the boys, I love you so much, and I couldn’t be prouder of everything we achieved together. Here’s to ten."

The other group members, including Niall Horan, Liam Payne, and Louis Tomlinson, also posted in honor of the band's memory, and thanked fans for their devotion throughout the years.

Demi Lovato is celebrating a momentous occasion today, as well.

The singer announced her engagement to her actor-boyfriend, Max Erich, posting pictures from just after the proposal on Instagram.

The "Confident" singer shared her happiness with fans Thursday morning, writing "I knew I loved you the moment I met you...I'm ecstatic to start a family and life with you. I love you forever my baby."

Lovato called "The Young and the Restless" actor her soulmate and showcased the massive ring he gave her to pop the question.

E! News is reporting that the gorgeous ring is a Harry Winston 10-carat emerald cut diamond, estimated anywhere between $1-3 million.

The couple was only first reported to be dating back in March, but it seems as though they are incredibly happy with their whirlwind relationship.

RELATED: Kim Kardashian speaks out about Kanye West, the new trailer for Beyonce's "Black is King," and Megan Fox & Machine Gun Kelly are "more than soulmates"

RELATED: Kim Kardashian speaks out after husband Kanye West accuses her of an affair; West says he has been trying to get divorced since 2018