Technology shapes the future of tattoos

The body art industry gets cleaner, easier and "cooler" with the help of tech. 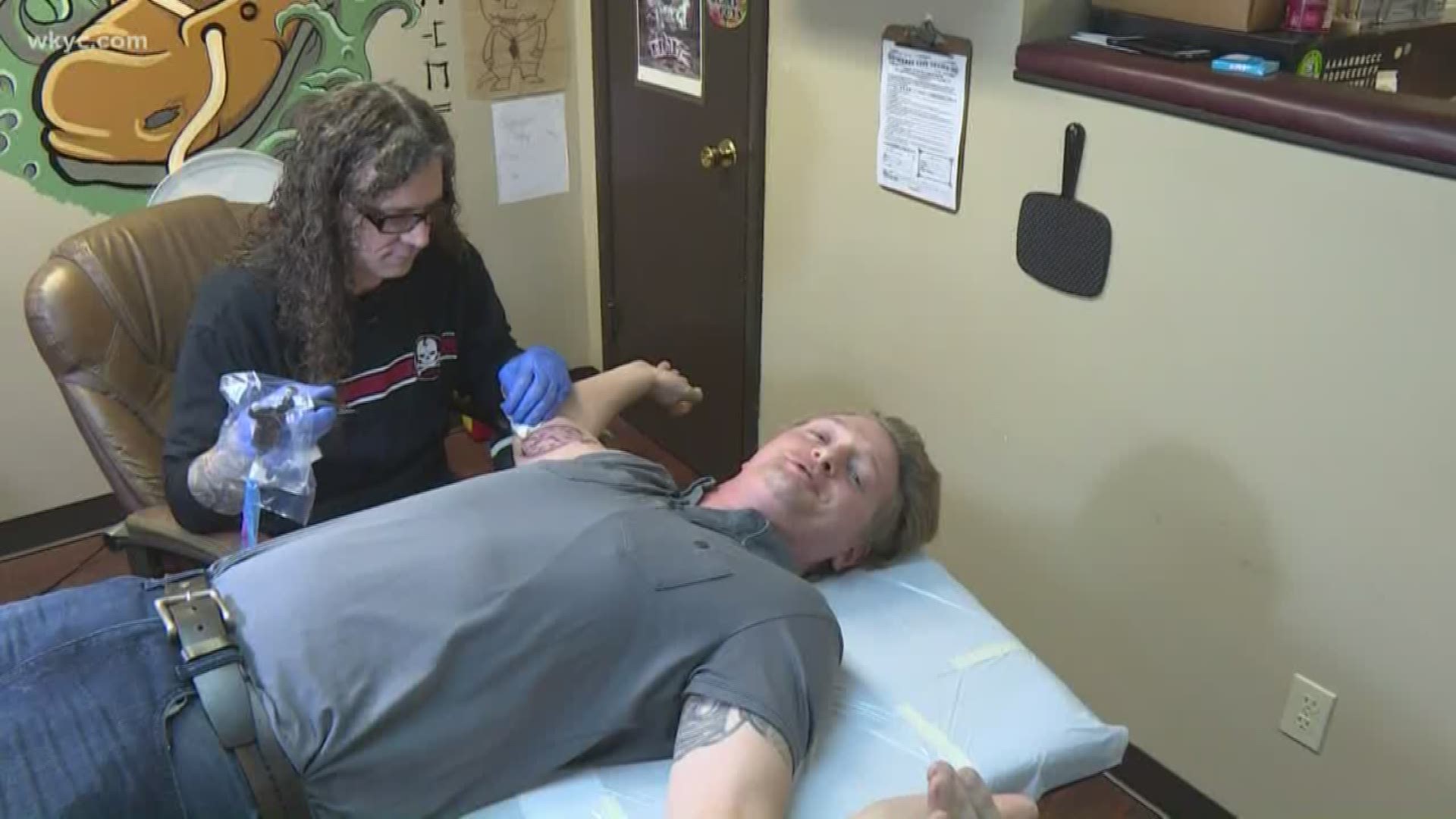 CHARDON, Ohio — Technology has found a way to change or revolutionize almost everything. It makes things quicker, easier and a lot of times, better. Despite being an art form that dates back thousands of years, the body art industry isn’t immune to the tech takeover.

“It’s a tattoo pen. This is the future,” says Kory Sibert, a tattoo artist for 20 years. “When I started tattooing, I mean you basically were tattooing with a doorbell, essentially. The quality of the machines are better, the pigments are better and now they have batteries for tattooing. You can just tattoo completely wireless.”

Mike Martini is a co-owner of Square City Tattoo in Chardon and has been inking the public for more than 22 years. He prides himself on keeping himself and the shop on the cutting edge. Martini says, “We have cartridge-based systems for our needles now and again, this stuff is all one time use, disposable stuff. So overall, it’s a better experience overall nowadays than even 5 years ago for not only the tattooer, but the client as well.”

In addition to more convenient and more sterile tattoos, technology has brought along tattoos that don’t just represent a message but actually speak for themselves.

“The soundwave tattoo is basically a tattoo that you can look at with your phone and it’ll play an audio file,” says Martini.

Skin Motion is the company behind the app and program, that has specific artists designated around the country to give the soundwave tattoos. Martini is one of those artist. He says you download the app and upload your audio file which the company turns into a stencil for the artist to use. Once the tattoo is complete and the audio file registered, the app will play the tattoo. It works similar to a QR code ready. The drawback here is a yearly cost to keep it active in the app.

Just as technology has invaded the business of body art, it’s also made its way into removing body art.

“The removal process has gotten a lot better over the past year, 5 years, decades,” says Dr. Alok Vij, a surgical dermatologist at the Cleveland Clinic. “In the past, tattoo removal was a very complicated and messy process. It created blisters and scaring and it didn’t do much better than just having a bad tattoo.”

What use to take twice the amount of sessions in painful chemical peels or dermabrasions to remove layers of skin, has advanced to laser removal. The process involves a powerful laser that uses quick burst of light to break up the pigment colors into smaller particles that white blood cells come in and clear away. It usually takes about 6-8 sessions to completely remove the ink and is said to be less painful than the tattoo itself.

Dr. Vij says, “The new lasers that are out now, offer treatments that last for just a picosecond. So one tiny, tiny fraction of a second, that vaporizes that tattoo ink and leaves you with a nice clean, healthy looking skin afterwards.”

Moving forward, tattoos and removing them are bound to continue to evolve. Research is already being done on bio wearables that can collect information about heart rate, body temp and more. Some places are also looking into ink that changes color based on glucose levels in your blood. Meanwhile, on the removal side, work is already being done on advancing the laser to remove a tattoo in just one sitting.

“The next frontier is the femtosecond laser, which is coming out, hopefully soon, to remove your tattoo in just one treatment,” says Dr. Vij.

“It’ll always be ever changing,” says Sibert. “Definitely, technology is going to keep coming into this industry,” adds Martini.