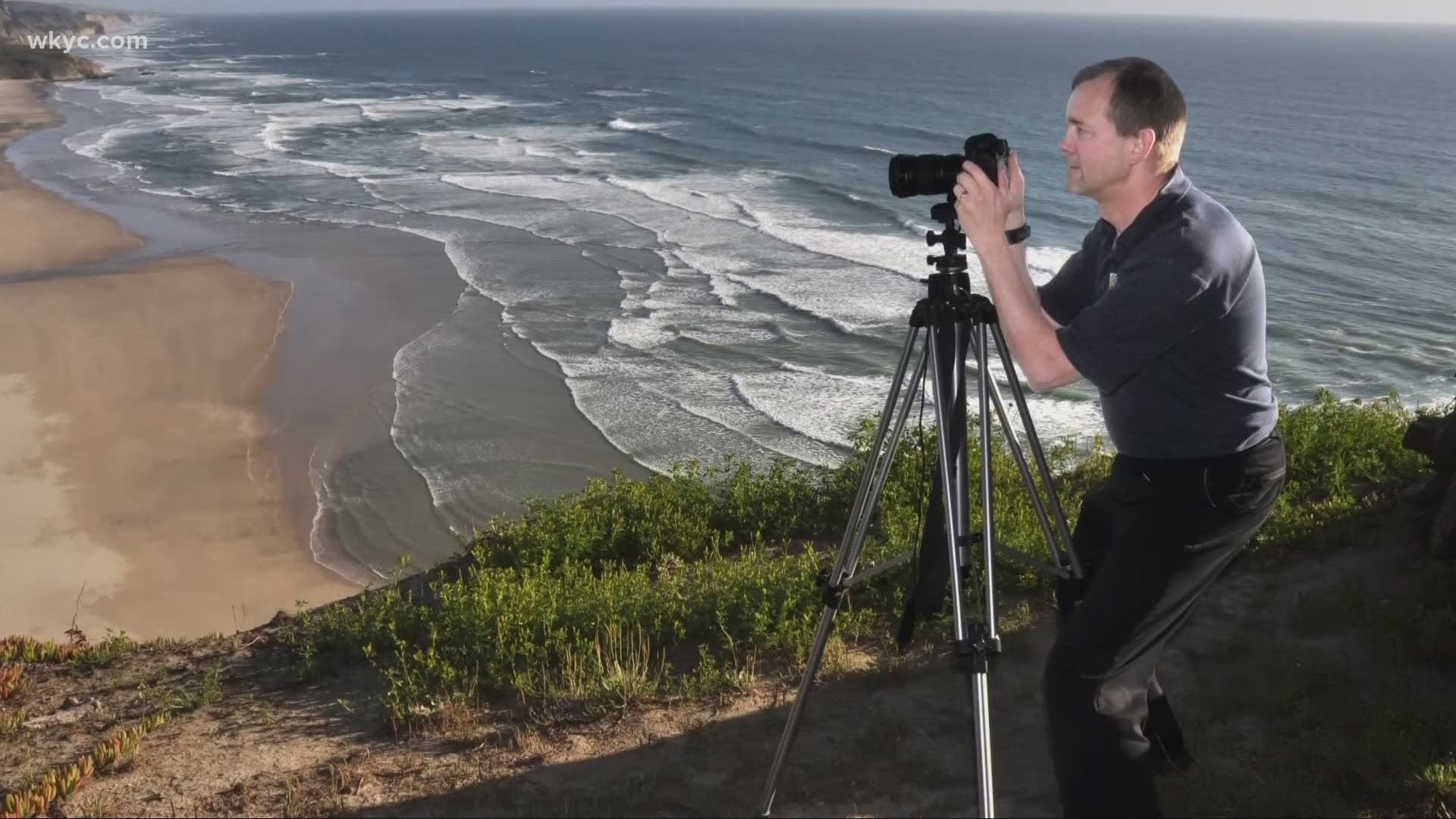 NORTH RIDGEVILLE, Ohio — For 20 years, business was picture perfect for photographer Mark Madere of SpectraLight Photography, who made a living capturing life's biggest moments at weddings and in portraits. That was until cell phone cameras came along.

"When digital photography finally became affordable enough where just about anyone with a digital camera could call themselves a photographer, it became so bad I had to find work elsewhere," Madere said.

And he found work in a job he never dreamed of — as an ophthalmic photographer — taking medical scan photos and images of the eye.

RELATED: What to buy in February: The month's biggest sales to cash in on and avoid

Madere had never heard of such a thing, until a counselor with the state's job search program, Ohio Means Jobs encouraged him to go for it.

Madere originally expressed concern over not fulfilling all of the job's qualifications, but his counselor eventually convinced him, saying that the position hadn't been filled for months. Maybe they would consider training him. Which is exactly what happened.

Job coaches like Kris McGuigan, CEO of Professional Courage say that sometimes that's what it takes to pivot careers and land a new job.

RELATED: How to save money even while living paycheck to paycheck

"Very few of us actually have the exact job and title that we're now going for next," she said. "Because otherwise there would be no progression through the ranks. So you have to be able to connect the dots for the employer as to how your skills in one arena transfer into this new arena."

Madere was still taking photographs on the side while working as an ophthalmic photographer — even selling his images on customizable accessories — but when the coronavirus pandemic struck, that income took a hit as well.

So he needed to pivot, yet again. This time to 360-degree photography.

The idea came to him while he was looking for a nursing home for his mother in law.

"They were not allowing in-person tours because of the pandemic it was kind like, 'well how do we know what your facilities look like,'" Madere said.

The technology makes you feel like you're really there and can show off every nook and cranny, up to the lighting on the ceiling. Madere uses 360-degree photography to showcase tourist attractions like the Mansfield Reformatory.

Now Madere is marketing to funeral homes, museums, and other places where people might not be comfortable visiting because of COVID-19. And the pandemic has led to other business opportunities. With so many people staying at home, probably going through all their old stuff, photo restoration has taken off.

"They have these old photographs that they find in the attic or basement. They're literally falling apart in some cases, and we can digitally scan those images and digitally fix all of the problems that you see that look impossible to fix, but they really can be fixed," Madere said.

RELATED: Your New Job: Who’s hiring and the skills you need for the job

Which is kind of the message Madere has for anyone who feels they're against the wall, job-wise; success can come, if you look for it.

"You can look at the want ads in the newspaper. You can go online," he said. "But you really have to be proactive about it. You can't just post a resume and expect people to come and beat your door down."