Your New Job: How to craft a resume that will get noticed

Tips to help you grab that interview. 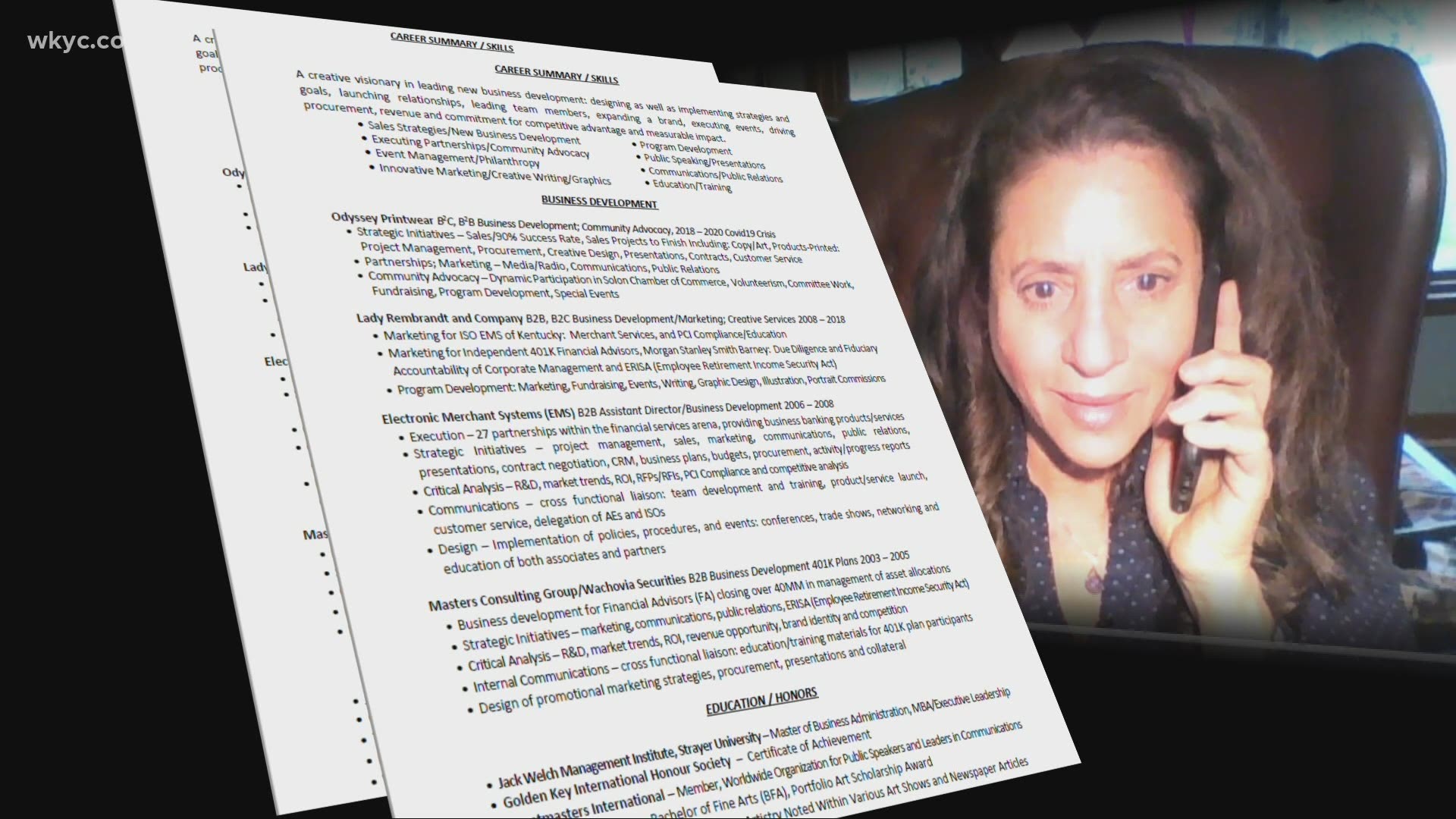 CLEVELAND — It’s a story that’s been repeated for years: We have a lower attention span than Goldfish. Ours is 8 seconds; for Goldfish it’s 9.

The research is questionable. But, if it’s true, that’s pretty scary for job hunters…especially if you have to condense your whole work history into a page or two.

It's why Sheila Dorris hesitated sending hers out after losing her job due to the COVID crisis.

“I have executive experience in Business Development, which I'm very successful at,” she told us. “But on a volunteer basis, I've devoted a lot of time in the non-corporate arena. That's where my passion lies.”

Problem is, Sheila’s resume shows ALL of that experience. So, we sat her down with Kris McGuigan, Founder of Professional Courage, a career consulting company.

Kris told Sheila she needed more focus in her resume, and suggested she only include skills relevant to the field in which she’s applying.

“You're representing a lot of key words that are too broad and speak to too many different areas of your interest, as opposed to only honing in on those that specifically relate to Business Development roles,” Kris told her.

Tip 2
To find the keywords you need, Kris advises checking job postings for your industry.

“Look for the hard skills you see repeated throughout documents, such as ‘new business development’, ‘lead generation’, ‘accountability’, whatever it may be. Those then become the keywords you would want reflected on your resume.”

Tip 3
When talking about your professional experience, Kris suggests that you don't just list your duties, but quantify your achievements.

And Sheila has a lot of successes to share. “They used to call me their Golden Goose because I would be able to establish 25 to 40 appointments a month for them,” she told us.

But that wasn’t on Sheila’s resume.

So, Kris told her, “Imagine what you just said… establishing 25 to 40 appointments in a given timeframe. If that was on your resume instead of ‘made calls”, you're talking about the same thing, but one of those sentences is far more compelling than the other.”

Tip 4
Only include the last ten to fifteen years of work history, starting with the most recent, and listing your exact title and the dates you worked.

Sheila was concerned with that, saying, “Some of the opportunities I have had to shine better in Business Development, have been in those older positions.”

Kris suggested simply having an entry or a single line that says ‘prior experience includes’. That’s important if you want to list a big name, or at least draw attention to a success you’ve had way in the past.

Don't forget an Executive Summary to show why you're perfect for the job. Kris explains, “These are great in order to support you for online applications. And they also help a human being who's looking at your document to get kind of a bite sized feel of what you bring to the table.”

Now to the cover letter. It should explain why you want to work for the company and highlight some of your greatest achievements.

Here is more information on creating a resume and searching for a job: