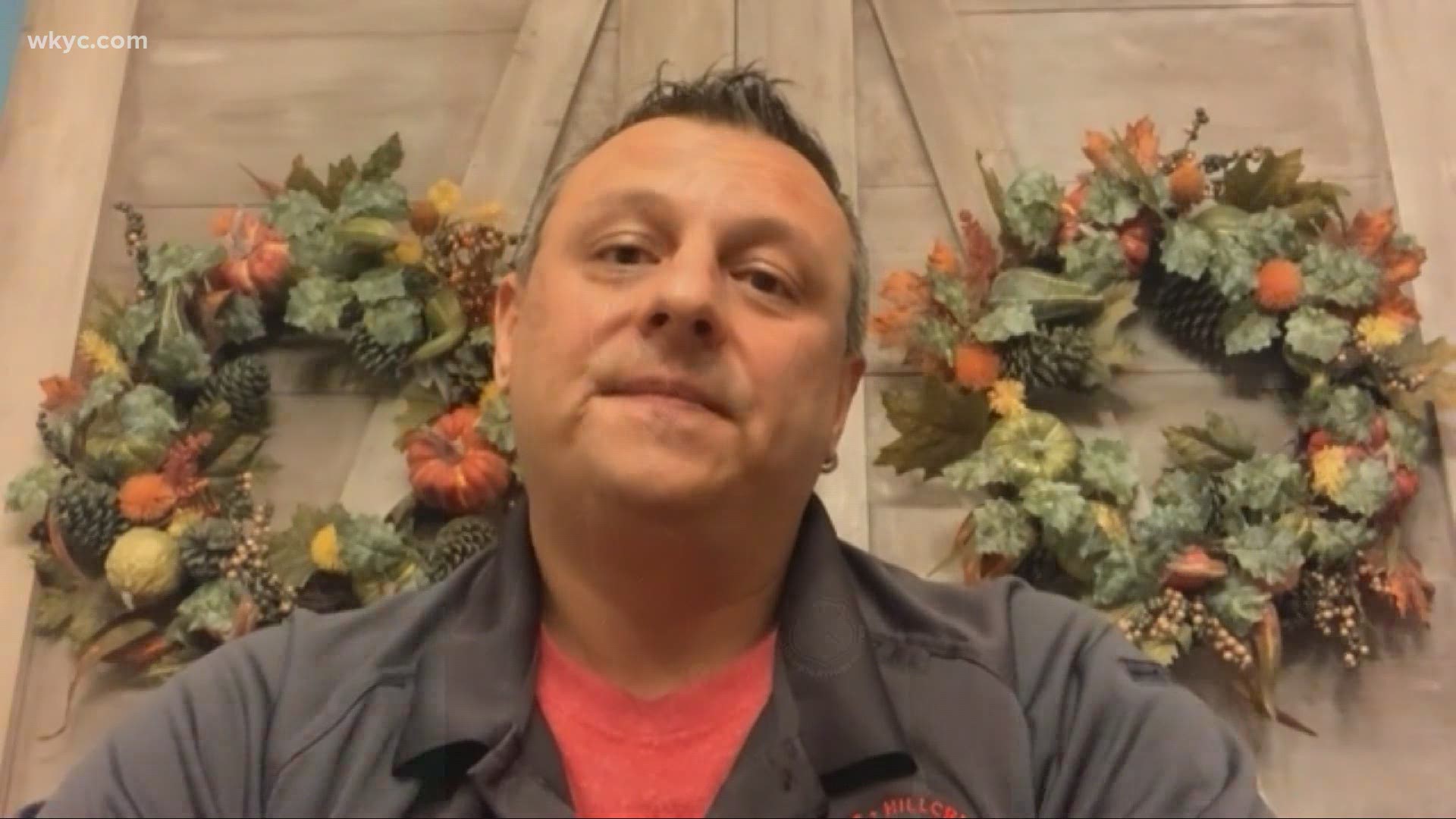 CLEVELAND — October 28 is First Responders Day, and we want to take time to say thank you to all first responders.

The work they do, truly saves lives.

We talked to Ken Kostal, a local dispatcher who helped a father in Richmond Heights save his 1-year-old son on October 16, 2020. The boy was choking and couldn't breathe.

The following is a portion of the 911 call.

Dispatcher: Is that, is that, ok he's crying, ok.
(Child crying in background)

“We immediately went to CPR. I think we did one round and within a minute we heard the baby crying which was a tremendous relief for everybody," says Kostal.

Kostal is a dispatcher for the Heights Hillcrest Communications Center. In his 15 years as a dispatcher, he's never had an emergency quite like this one.

As a father, he can't help but put himself in the caller's shoes.

“Anything can happen to anybody. You do think about your family when you get those kind of calls and then when it's over and done, you can kind of have a little relief. And then you go on to the next to the next thing.”

The dispatch center posted on their Facebook page that this call earned Kostal the life saver pin, which they say is only awarded to dispatchers who help revive a patient.

On Tuesday, he received a senatorial citation from State Senator Kenny Yuko, calling it an ‘exemplary act of heroism.’

That's not Kostal’s only major accomplishment this year.

Back in January he helped a couple deliver a baby girl at their home in University Heights. The delivery helped him earn his very first stork pin!

The dispatch center says having two calls like this within one year is pretty rare.

When asked what he wants the public to know about the job of a dispatcher, Kostal said he wants people to know that the person on the other end of the phone cares very much.

“We're there to help them. That's we do. It's whatever they need us, we're there for them.”

He also says, if someone is having an emergency, don’t wait to call.

“A lot of people wait to call. Don't wait. Don't wait. There's always going to be somebody to answer the phone. Do not wait.

Kostal also says he can't imagine having any other career.

RELATED: Man who had near fatal heart attack reunites with his rescuers