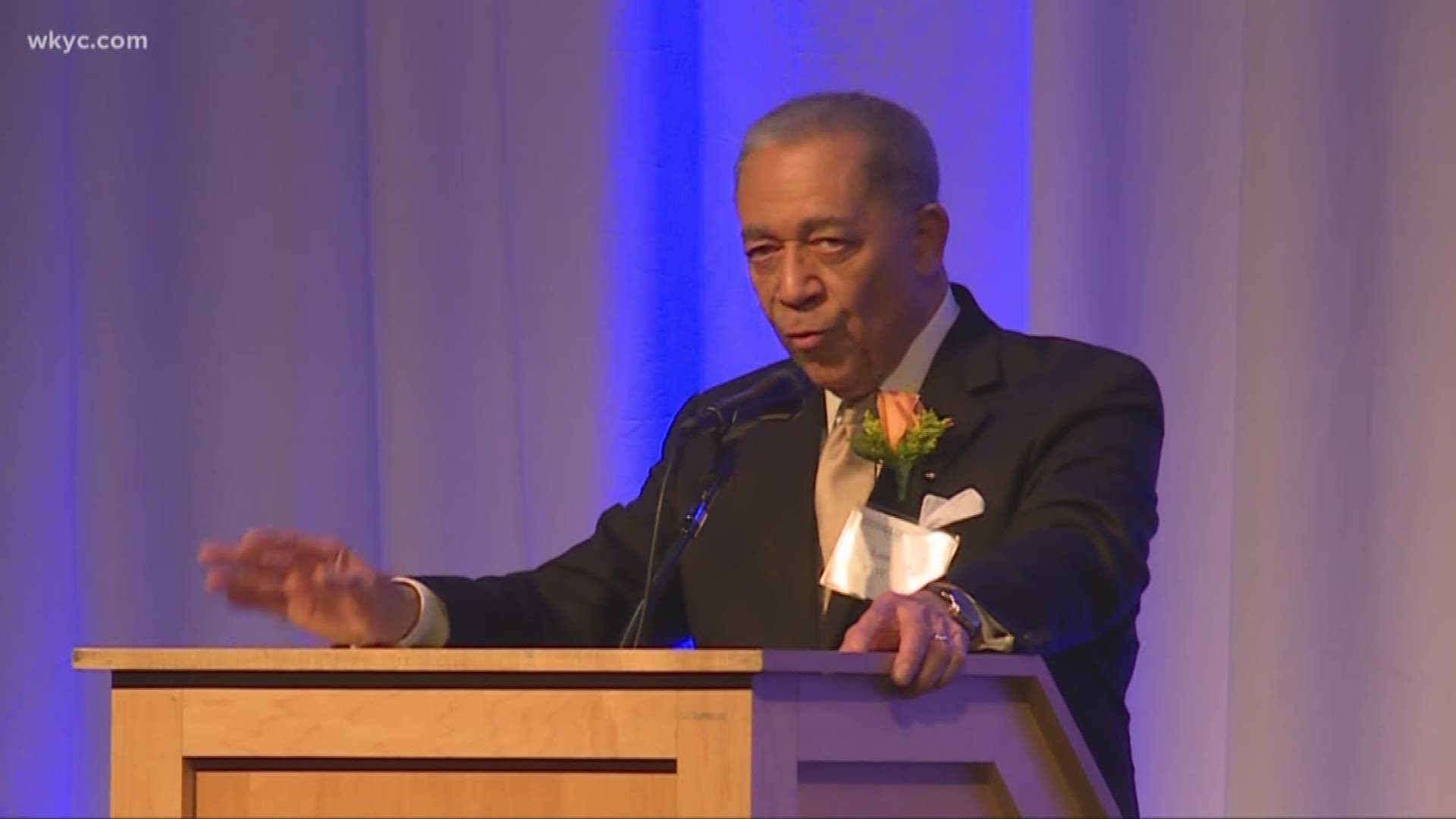 WKYC was well represented when the Press Club of Cleveland held its Journalism Hall of Fame induction ceremony on Thursday.

WKYC's director of digital strategy and content, Denise Polverine was inducted into the Hall of Fame's Class of 2018, while 1999 inductee Leon Bibb received the Chuck Heaton award in recognition of his community involvement as well as his excellence in journalism.

Congrats to our Director of Digital Content Denise Polverine, who was inducted into @PressClubCle Hall of Fame tonight, and contributor Leon Bibb, who received the Chuck Heaton Award. pic.twitter.com/6wNpH65zFV

Polverine is the first digital journalist ever elected to the Press Club of Cleveland Hall of Fame. Before coming to WKYC, Denise worked as director of digital operations for the Northeast Ohio Media Group and editor-in-chief at Cleveland.com.

Bibb began his career at WKYC in 1979 and became Cleveland's first African-American prime time news anchor in 1986. He continued his career as an anchor/reporter at WEWS here in Cleveland before retiring in 2017. Now back at WKYC, Leon is providing commentary and stories on life here in Northeast Ohio.

WKYC co-anchor and managing editor Russ Mitchell was inducted into the Press Club of Cleveland Hall of Fame in 2017.

The award ceremony was held at LaCentre Conference and Banquet Facility in Westlake.