"The Band's Visit, winner of 10 Tony awards in 2018, makes its Cleveland debut at Playhouse Square. 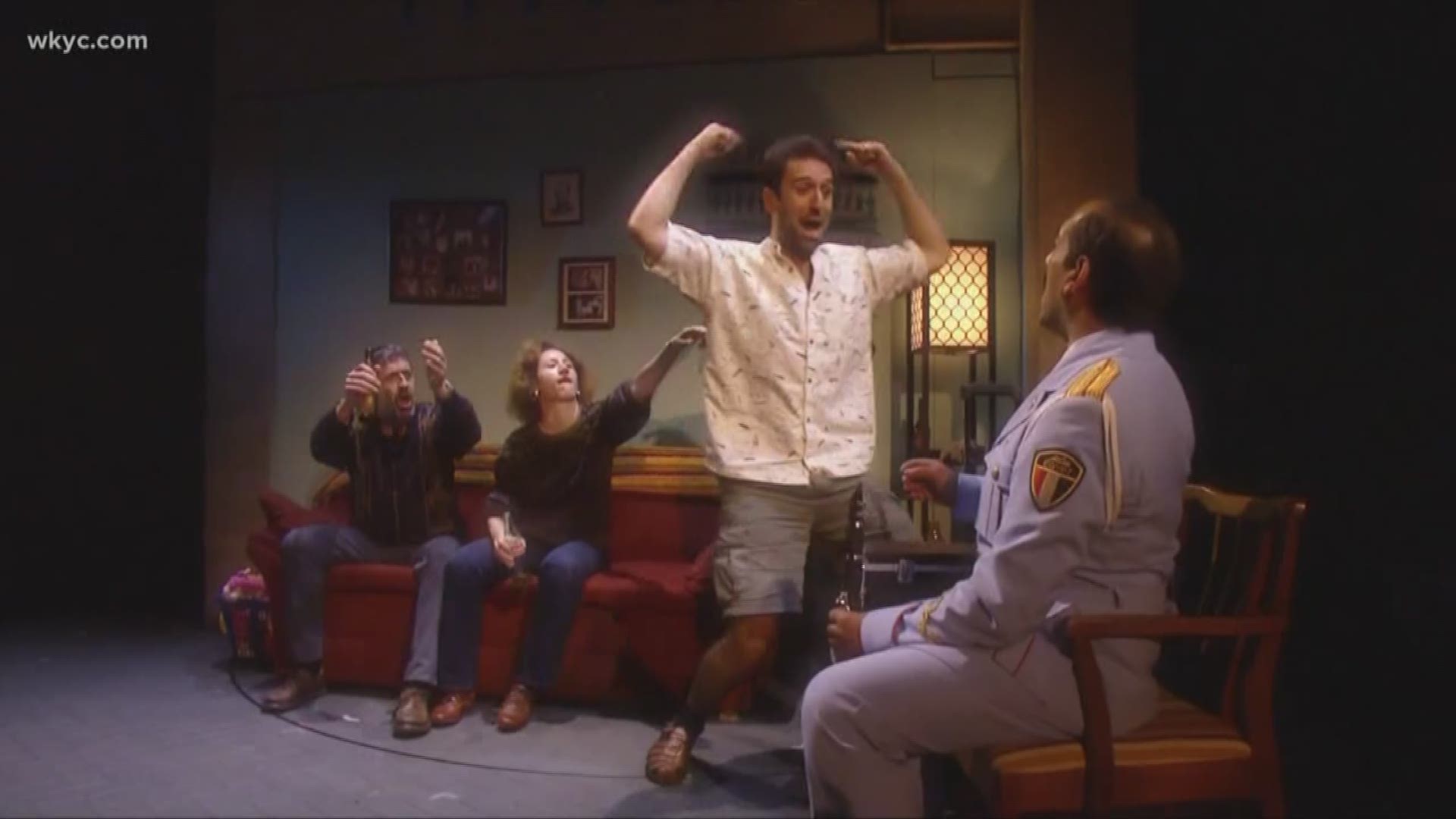 CLEVELAND — The critically acclaimed Broadway musical, “The Band’s Visit” has made its way to Cleveland, bringing with it a local Clevelander and a unique story.

Ronnie Malley, who plays Camal, says, “It’s not the typical American musical. It really reads like a wonderful, just storybook.”

“It’s a rather intimate, delicate show that’s based on an Israeli film that came out in 2007,” adds producer, Orin Wolf. “It’s about strangers that change each other’s lives.”

Musicians mistakenly arriving in small town, that’s the backstory behind the show that won the Tony for best musical, as well as a Grammy for best musical theater album. The musical accolades are really a testament to the cast, who are not just playing on stage but improvising music each and every night.

Malley says, “Improvisation does not mean that it’s a free for all. However, there is a structure and you can improvise a lot within it. So we actually throw an additional melody in there and then we give a bed for the next instrument to play. So every night, folks are getting a different show.”

RELATED: Hamilton is coming back! Cleveland to host 6-week engagement in fall of 2020

After premiering on Broadway in 2017, “The Band’s Visit” went on to win 10 Tony awards the following year. Now, it’s making its Cleveland debut, which is extra special for Wolf, who was born in Cleveland Heights.

“I was born and raised here, watching shows at this very theatre and in this very lobby as a kid,” says Wolf. “I’m experiencing this as a dream, I can tell you that.”

At its core, the show is about human interaction and those behind the show’s production are trusting that patrons leaving each night will do so with a renewed sense of hope.

The show’s director, David Cromer says, “It’s about that point in your life when you have stopped hoping as hard as you used to and started to think that maybe nothing really, really, really wonderful is every going to happen. Hopefully it traffics in the fact that it can always happen.”

“We realize truly at the end of it that we all need each other,” adds Malley.

“The Band's Visit” is at Connor Palace until November 24th. For ticket information, click here.