The dog, Clarence, gives viewers a "ruff" audition for his "dream role" in the Facebook clip 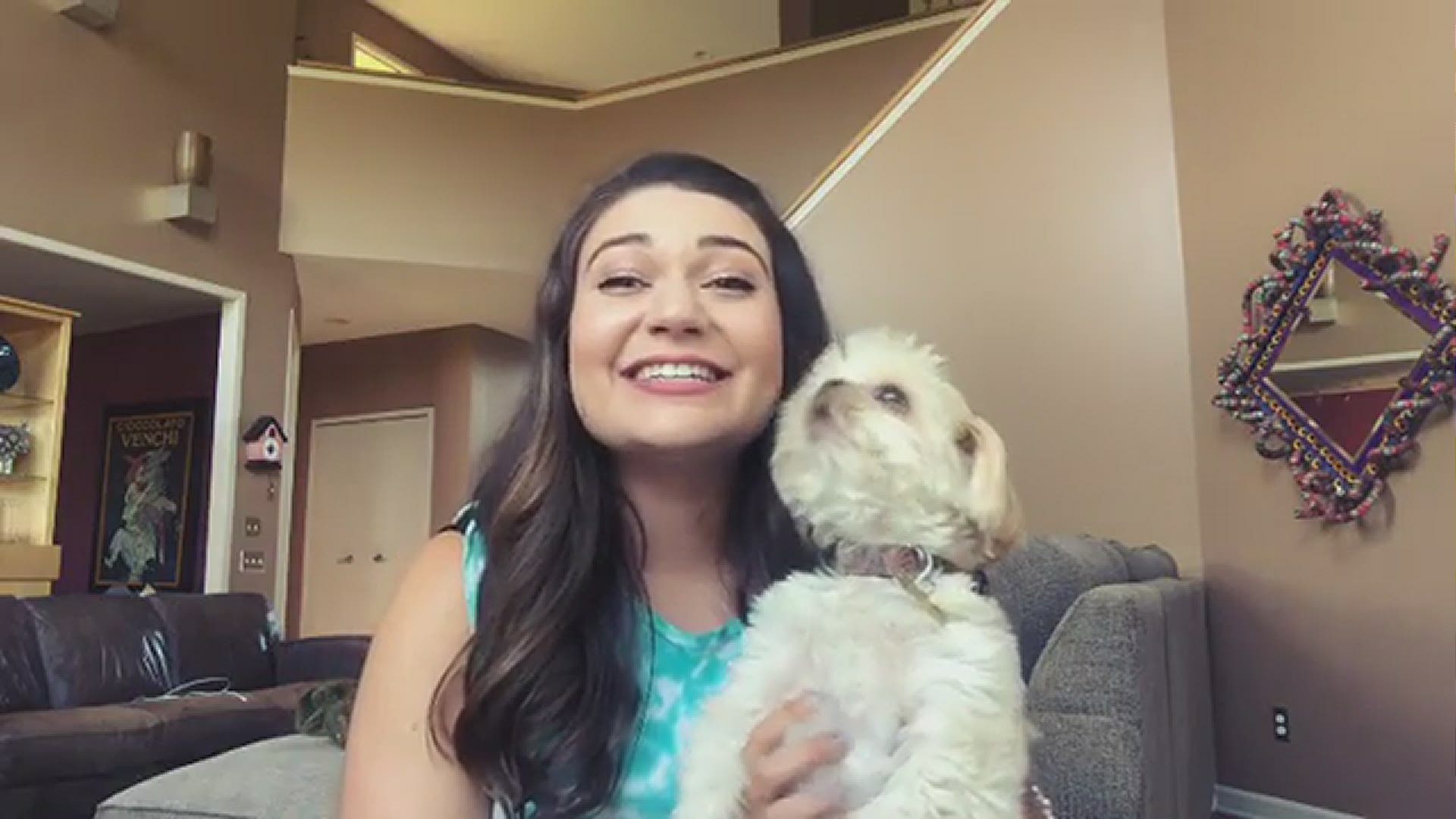 SOLON, Ohio — One dog on social media is on his way to becoming very "paw"-pular.

Dani Apple, an actor and singer from Solon, may be used to hitting the stage, but after posting an adorable video on Facebook last week, many can't help but notice she isn't the only one in her house who has a set of pipes.

Dani's dog, Clarence, can be heard singing along to "Suddenly Seymour" from the Broadway musical "Little Shop of Horrors," all while Dani sings and laughs.

The actor posted a video of her and Clarence's daily quarantine routine back in April, in which the pair can be seen walking, stretching, and of course, singing.

Dani currently resides in New York City, but moved home to Solon to spend time with her family during the COVID-19 pandemic.