The two will face off at Rocket Mortgage FieldHouse on August 29. 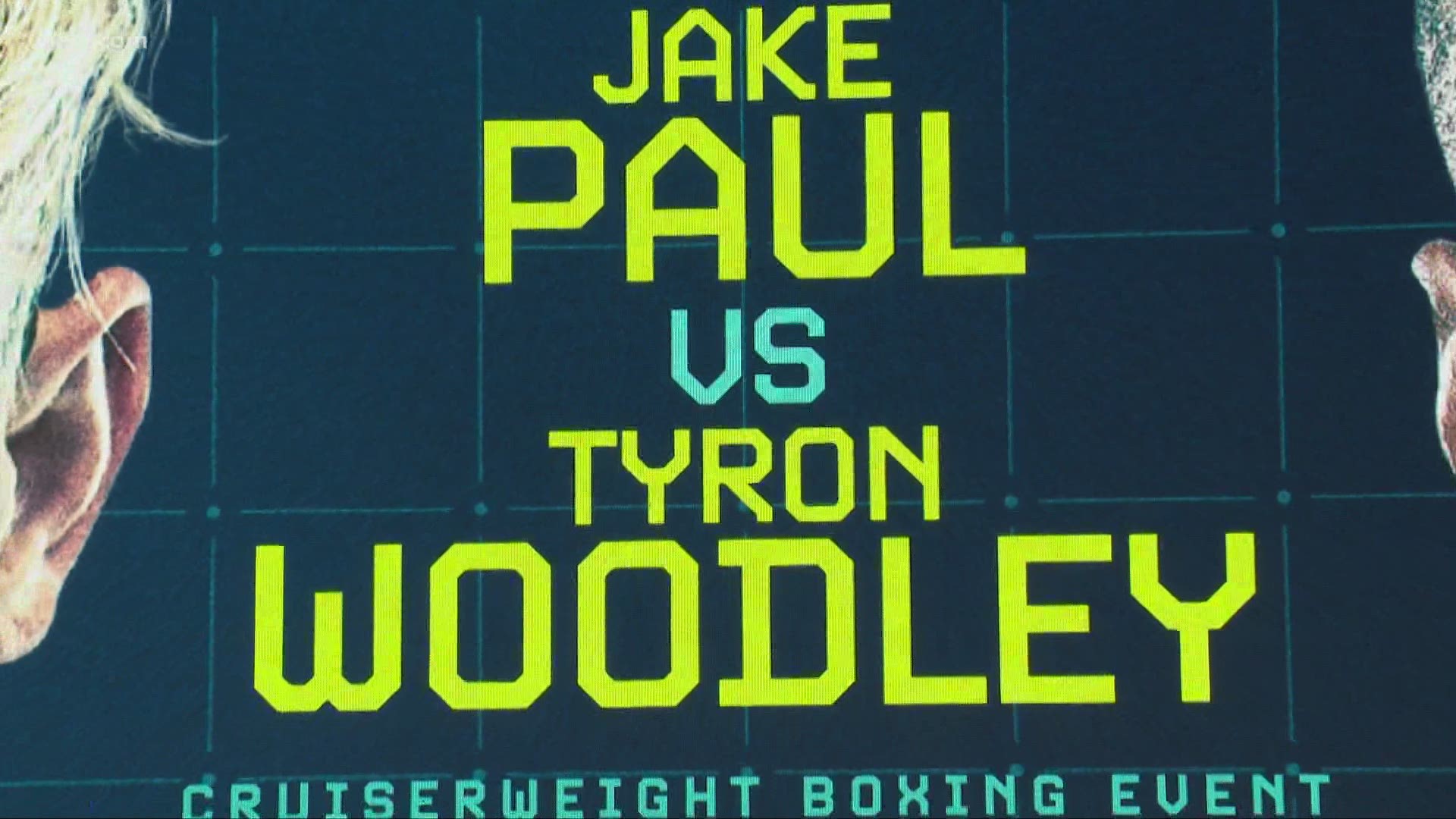 CLEVELAND — YouTube star and Westlake native Jake "The Problem Child" Paul and opponent Tyron "The Chosen One" Woodley faced the media on Thursday ahead of their upcoming boxing match at Rocket Mortgage FieldHouse.

The two will square off in the main event of a Showtime PPV extravaganza in Cleveland on August 29.

Paul and his brother Logan have been dabbling in boxing for the past year and a half. Jake Paul has an undefeated 3-0 record, but the bar of competition is being considerably raised with Woodley, who is also a decorated mixed martial arts champion and striking specialist. Woodley held the UFC welterweight title from 2016 to 2019. Next month's fight will be the first professional boxing match of Woodley's career.

Entering the press conference to the sounds of Diddy and Skyler Gray's "I'm Coming Home," Paul showed no lack of confidence as he talked about the pressure of performing in his hometown.

Entering in to the sounds of "I'm Coming Home," it's @jakepaul pic.twitter.com/wZjo10DNLE

"There's always been pressure on me in my entire career. Millions of people want to see Jake Paul lose, because I'm that polarizing, villainizing figure. The pressure of being here in my hometown with friends and family watching. It adds to the pressure. But pressure creates diamonds and it's pushed me to the best version of myself," Paul said during Thursday's event.

Woodley, on the other hand, is looking forward to spoiling Paul's homecoming.

"The motivation for me is simple: It's domination," he said. "It doesn't matter if it's (the fight) in Cleveland, Ohio or in the back of a White Castle."

One of the special guests during Thursday's event was former two-time UFC Heavyweight Champion Stipe Miocic. The Northeast Ohio resident, who also serves as a firefighter, was asked what makes this area so special. "The people," he said to a chorus of cheers. "It's like its own nation. The people here have your back no matter what."

Also going head-to-head at the event will be Puerto Rican star and WBC/WBO Featherweight World Champion Amanda "The Real Deal" Serrano, who will defend her titles against super bantamweight world champion Yamileth Mercado.

Cleveland natives Charles Conwell and August Love will also be showcased in front of their hometown. Love, an undefeated junior welterweight, will appear against an opponent to be determined. Conwell, who took part in the 2016 Rio Olympics, will face Mark DeLuca of Massachusetts in a junior middleweight fight.

Tickets for the August event go on sale to the public on Thursday, July 22 at RocketMortgageFieldHouse.com.

You can watch the complete news conference in the player below: