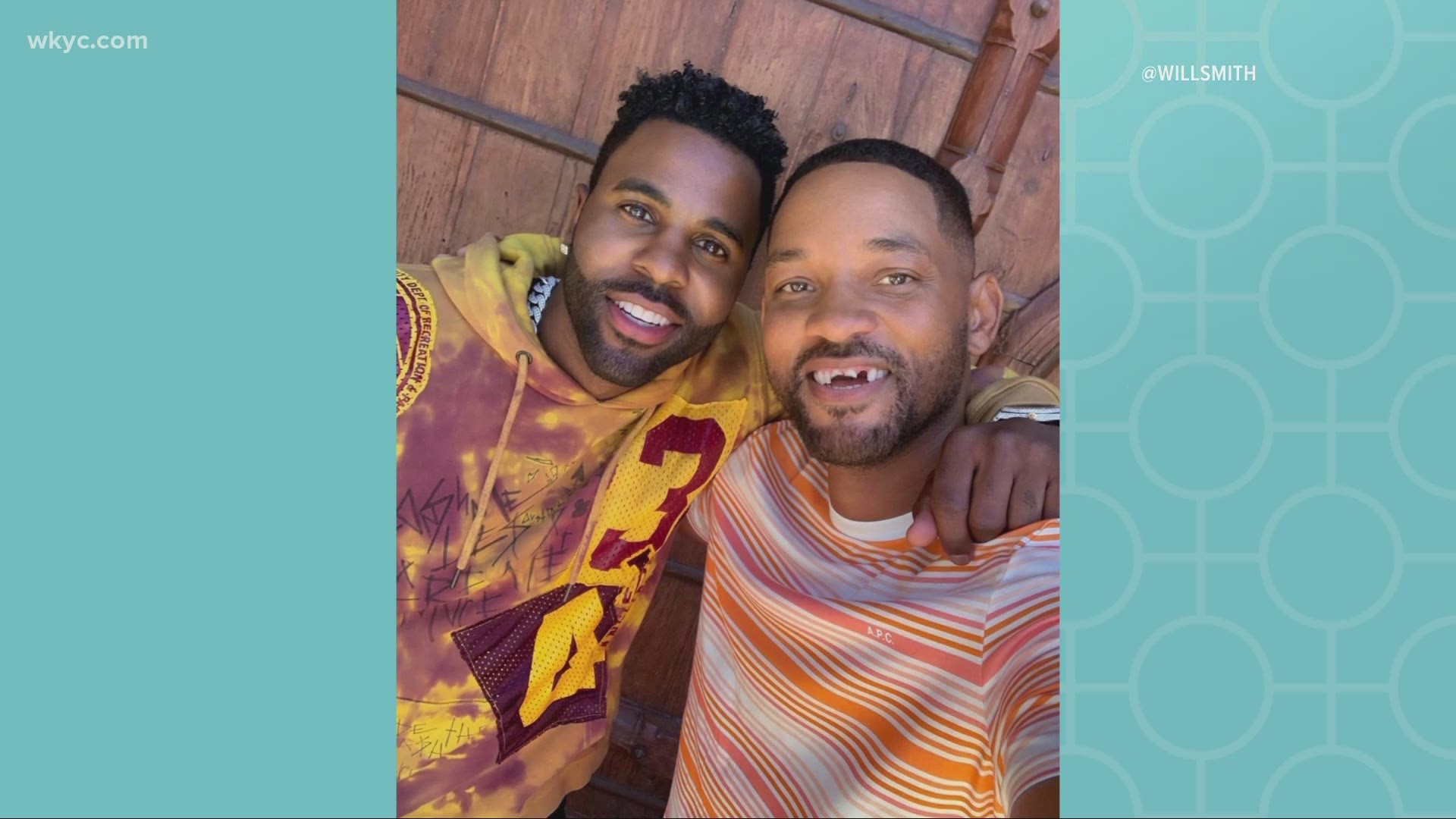 Will Smith (hopefully) pulls an internet prank alongside Jason Derulo, Chris Pratt and Katherine Schwarzenegger add a new member to their family, and fans edit Viola Davis into Cardi B and Megan Thee Stallion's new music video. These are the top headlines around Hollywood.

Will Smith is yanking the internet's chain in a new viral TikTok with singer, Jason Derulo.

The TikTok, which has received more than 2.4 million views on the app, shows Smith supposedly trying to give the "Trumpets" singer a golf lesson.

In the video, Smith attempts to recenter Derulo's form but fails to stop him in time and Derulo appears to knock Smith's teeth out with the golf club.

The two posed for an epic picture shortly after, so many fans are convinced that it's a joke.

Chris Pratt is a dad again.

The "Guardians of the Galaxy" actor welcomed a baby girl over the weekend with wife and author, Katherine Schwarzenegger.

Although this is Schwarzanegger's first child, Pratt has a seven-year-old son, Jack, from his previous marriage to actor Anna Farris.

"We are beyond thrilled to announce the birth of our daughter
Lyla Maria Schwarzenegger Pratt," Schwarzenegger wrote on Instagram, "We couldn’t be happier and we feel extremely blessed!"

This is the first child for the couple who were married in 2019.

And fans did not hesitate to bring out their video editing skills after Cardi B and Megan Thee Stallion dropped the music video for "WAP" on Friday.

Academy Award winner Viola Davis shared a hilarious photoshopped pic of her over the body of Kylie Jenner, who is featured in the actual music video, along with an edited video of her "How to Get Away with Murder" character-Annaliese Keating- dancing to the music.

This isn't the only edit of the music video, which also features singer and dancer Normani. Fans have blown up Twitter with parodies of the video, including one fictional paper company boss.

One devoted fan of "The Office" edited Dunder Mifflin's boss, Michael Scott into the video, including a video of him dancing behind a closed door.

You go Annaliese and Michael.