The 2-time World Heavyweight champion will headline a show at the Cleveland Improv alongside comedian Sarah Tiana on March 20. 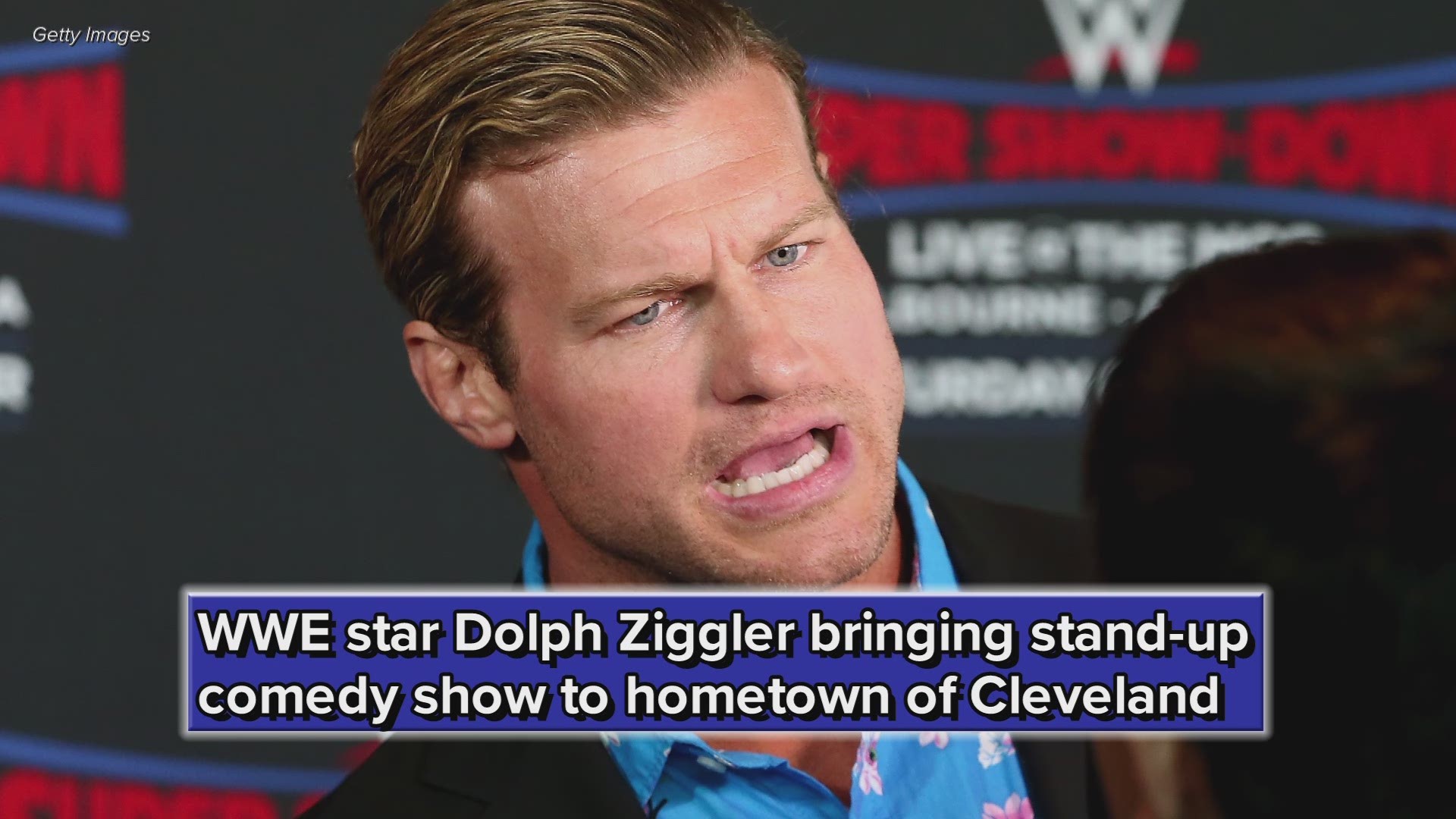 But while he may actually live in Phoenix, Ariz., Cleveland has always been home for the WWE superstar whose real name is Nick Nemeth.

On March 20, 2019, Ziggler will return to the city he grew up -- and the place where he set several amateur wrestling records -- when he brings the "The DZ Comedy Tour" to the Cleveland Improv. Earlier this week, Ziggler -- who has increasingly dabbled in stand-up comedy in recent years -- announced a seven-stop tour alongside comedian Sarah Tiana, with the last two stops bringing him back to the Buckeye State with a March 21 date at the Toledo Funny Bone having also been announced.

Tickets for Ziggler's Cleveland show are already on sale and can be purchased via ClevelandImprov.com. General admission tickets cost $25 apiece, with a special VIP tickets available for $45.

A 1998 graduate of St. Edward's High School in Lakewood, Nemeth enjoyed a storied wrestling career at Kent State, where he set the record for the most wins in the program's history (121) en route to becoming a 3-time Mid-American Conference champion in the 165-pound division.

After signing with WWE in 2004, Ziggler enjoyed a rapid rise to stardom, having won two World Heavyweight championships and six Intercontinental titles, in addition to various tag team championship reigns. Currently a member of the Monday Night Raw roster, Ziggler also serves as a political analyst on Fox News and worked as a correspondent in Cleveland during the 2016 Republican National Convention.

"The DZ Comedy Tour," however, won't be Ziggler's next trip to Cleveland. Nine days prior on March 11, Quicken Loans Arena will host the WWE pay-per-view "Fastlane."