'21 Strong: Medina improv group for people with Down syndrome touches families across the country

The Improvaneers were gaining national attention when the pandemic hit, and new virtual classes are now connecting people with Down syndrome near and far. 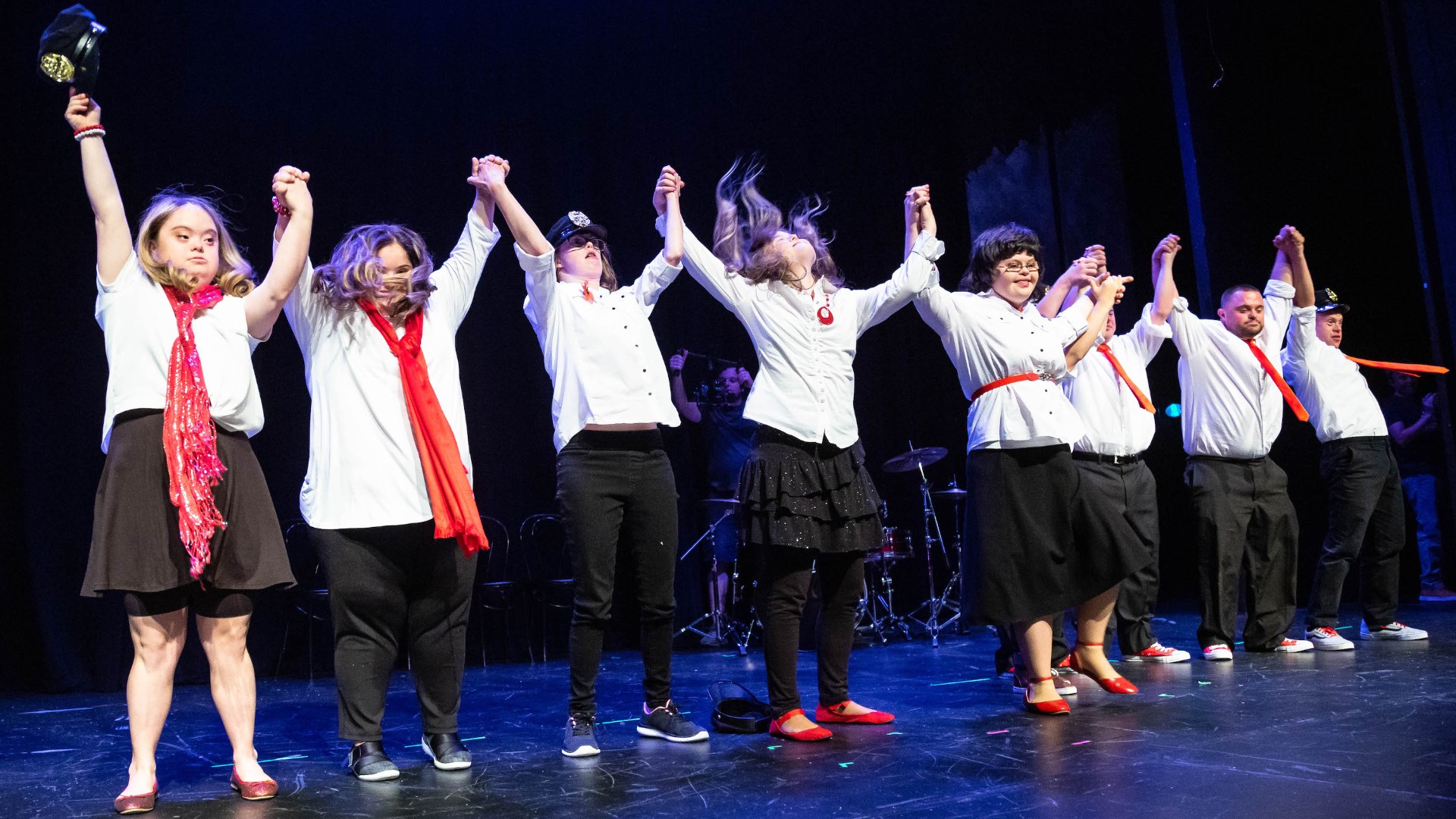 MEDINA, Ohio — Meet The Improvaneers – an improv group made up entirely of people with Down syndrome.

"I like to make people laugh because I'm funny," Costa said with a smile.

"Do you know what they call me? They call me The Improvaneer Method big dog," explained Doyle, who is an original cast member and the group's assistant director and sales associate.

Credit: Rob Snow
The Improvaneers pictured onstage together before the pandemic.

It's all thanks to Canton native and current Medina resident Rob Snow.

"I had a background in stand-up comedy and improvisation, and I have a son with Down syndrome," he explained. "The rest of my life became kind of a merger of those two things."

In 2013, four years after his son Henry was born, Snow began hosting a comedy fundraiser called Stand Up for Downs.

But that wasn't enough. After a conversation with a friend sparked an idea, Snow took it a step further, pulling a page out of his own roots in improv comedy.

"I thought [about] what all these tools that improvisation can can can build and develop in people – problem solving, quicker and creative thinking, teamwork, listening, focus, and even eye contact and voice projection," Snow said. "Things that I thought, as I worked with so many people with developmental disabilities, how much those those skills could help really enhance social workplace [and] even lifetime opportunities."

And so, a new team was born – the first group like this known in the world. What they were doing on stage was life changing.

"I know I get emotional about this because I'm dedicated to this, to my job," Doyle said. "This whole thing is nothing but [an] emotional ride and healing for me."

That ride was building momentum – even gaining national attention.

"We had huge bookings all around, from San Francisco to Boston and all points in between in Florida," Snow said. "Tthen the pandemic hit, and we were like, 'All right, what are we going to do?'"

What so many others were forced to do: Zoom! Their in-person class went virtual. and after initial success, interest grew. The Improvaneer Method team began creating more classes (more than 40 a week) and opened them up to more than 500 individuals all over the country.

Those new attendees include Tyche Costa. Her father Alberto is a Professor of Pediatrics at Case Western Reserve University and a renowned Down syndrome researcher, and he says the program has been a wonderful experience for his 25-year-old daughter.

"It's been amazing," Dr. Costa said. "They offer another level of interaction that all of us take for granted, but an individual with developmental and intellectual disabilities, they don't have those opportunities, and I think that's the kind of door that a program like Rob's has opened."

"Improv is an impressive thing to watch anyway because it's not an easy thing to do," she said. "Not many people can do it, so when you see someone who has disabilities doing it and how well they're doing it, it's it's a very exciting thing for people to discover."

Despite the many challenges posed in 2020, Snow says The Improvaneers are thankful for new opportunities.

"We always look for those rays of sunshine, and those positive things that have come out of this," he said. "This is certainly, certainly one of them for our organization."

And let's be honest: It's great to start the year '21 Strong and with a laugh!

'21 STRONG: After fighting to save her child, Lake County mother now fights for other families, too