She says the gesture made her "happy." 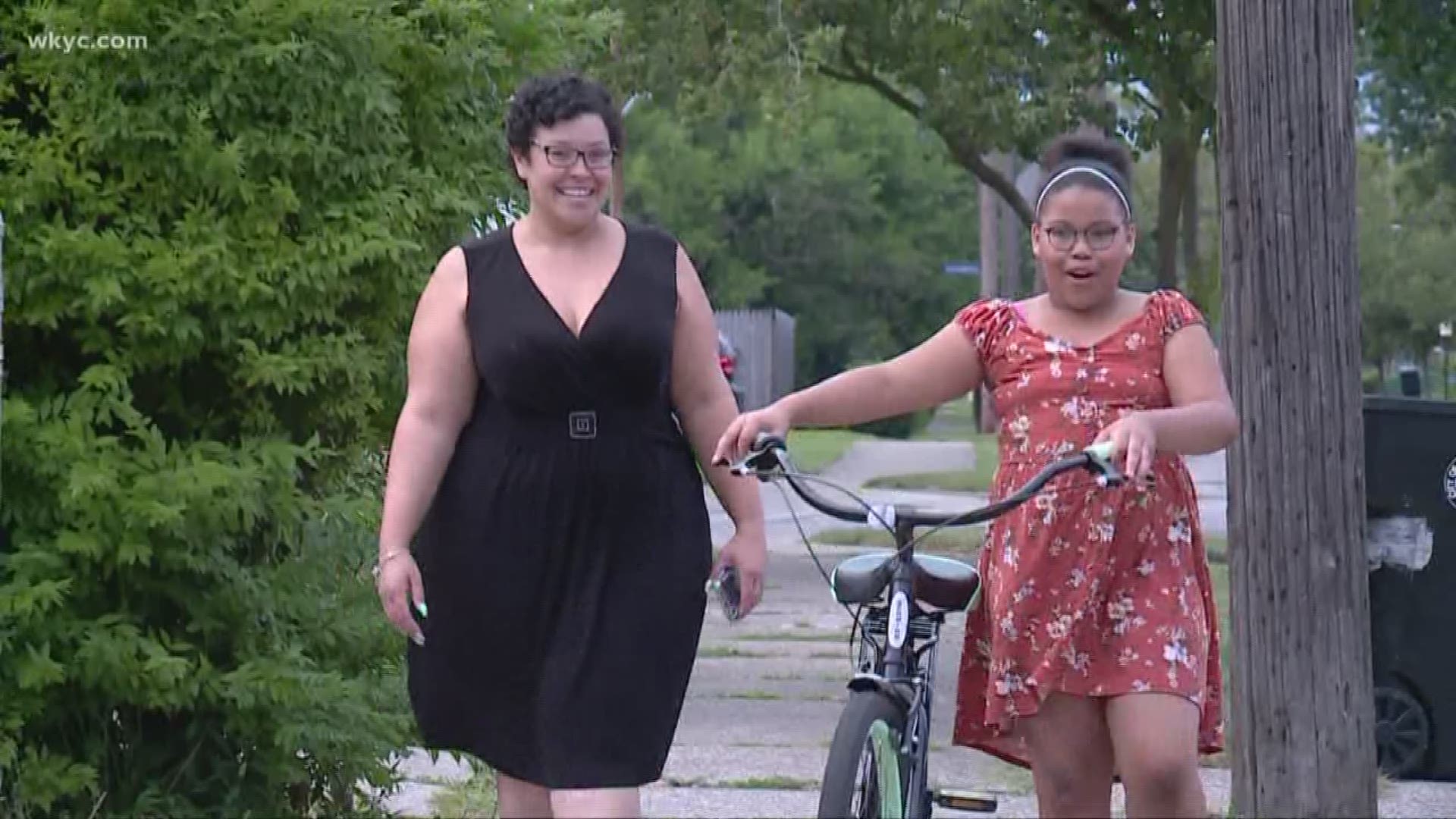 CLEVELAND, Ohio — A 9-year-old girl was devastated after the bike her father bought for her birthday was stolen from her mother's garage on Harvard Avenue.

“I was freaking out, I almost had a panic attack but I didn’t because my grandmother calmed me down,” explains Mikaela Johnson.

She calmly dialed 911 to request help and then called her mother.

“She called and said mommy, my bike’s been stolen, I’m so sad my bike is gone.” says Lauren Patomson.

She proceeded to tell her daughter that they would file a report when she got home from work.  “She said oh no mom, I called 911 already.”

“The fact that they came, they sent a car, they took her statement, they were kind and  patient while they worked with her to get her statement and everything, it meant the world.”

One week later dispatchers raised enough money to buy Mikaela a new bike (similar to the one that was stolen), helmet and lock. They invited her and her mother to the dispatch center for the surprise.

“I was very, very anxious to get on it, at first I actually crashed and someone was on the phone, like right there,” says Johnson.

She says the gesture made her "happy."