Restoring a smile and confidence for local coach 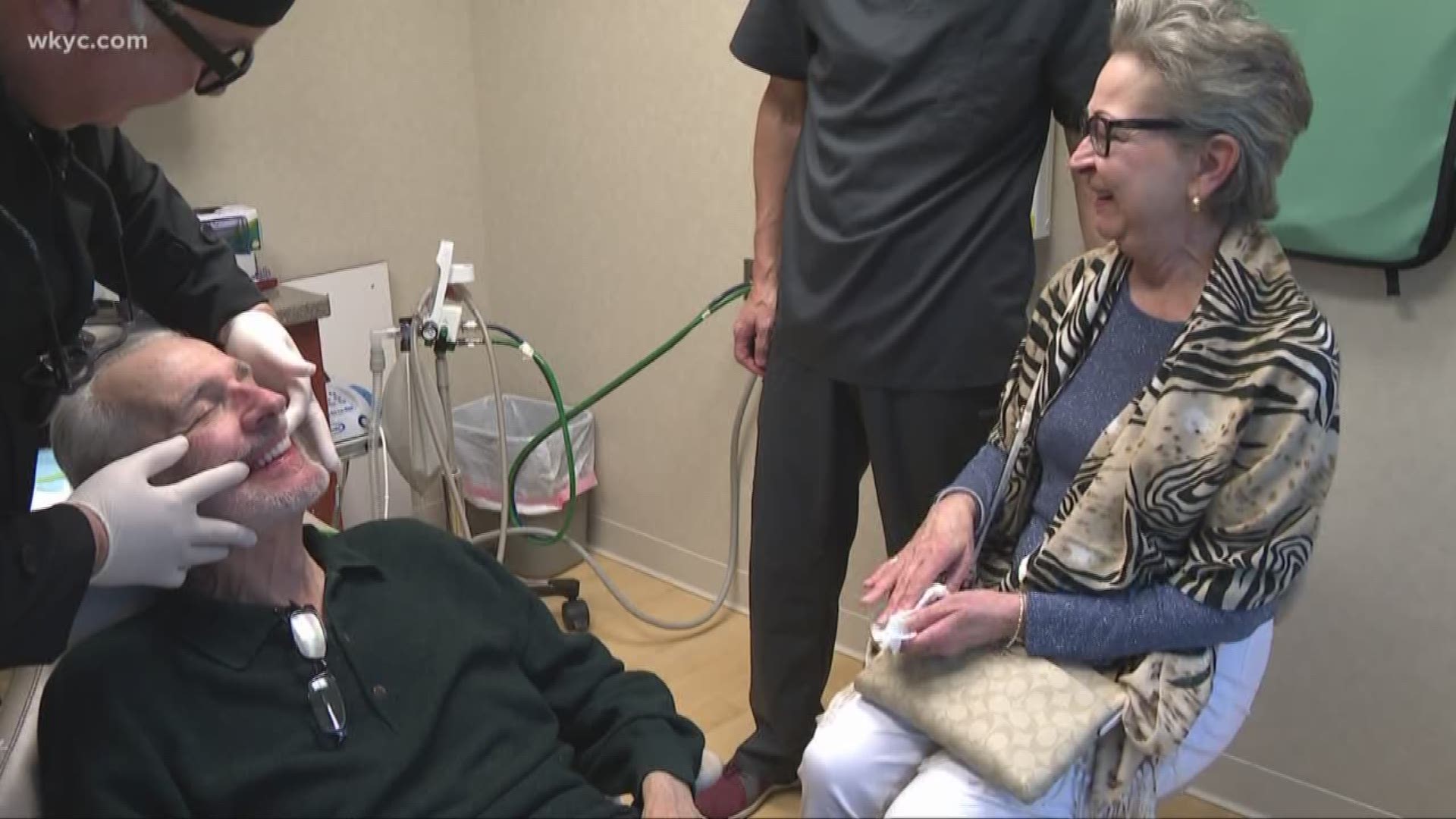 Doug D'Amico is about to get the gift of a lifetime. A new smile.

It's something he's been missing for a long time.

Long-term dental issues resulted in the need to pull all of Doug's teeth last year, and he lost a lot of weight as a result.

Doug has always given back. First, to his country as a veteran of the Vietnam War.

And today, as a dedicated pole vault coach at Rocky River High School. That's where he crossed paths with the person who wanted to give back to him.

Dr. John Heimke is a Cosmetic Implant Dentist and parent of one of Doug's pole vaulters at Rocky River.

"Doug can bring a lot out of the kids and I noticed that this year that he didn't seem to have teeth and he also looked like he had lost weight from last year. So, I was a bit concerned and I asked my daughter Ursula what happened, and she said that he had recently had dentures but they just didn't work out for him," Heimke said.

"I had a problem with my teeth after I returned from Vietnam, basically, and everything. But I fought through it, to try to get them all squared away. But [Dr. Heimke] had given me an opportunity that I could not believe," said Doug.

It was that unbreakable bond between servicemen, that pushed Dr. Heimke to help.

"I knew that he was a Vietnam veteran...I am an army veteran myself, my father's a Special Forces disabled veteran, and so there's a strong U.S. Army connection so to speak here I thought we might be able to help him, so I contacted my implant team of Dr. Michael Morgan, Pinhus Adar in Atlanta and IDS MegaGen Dental Implants, and they said we're all in, we'd love to help him."

With a date set, it was time for the team to restore Doug's smile. The team spent four hours working to implant an entire set of teeth. A surgery that can cost close to sixty thousand dollars.

"The beauty of it is, it used to be a process that took many many months to get through, a lot more procedures, but it’s really been streamlined," Dr. Morgan told WKYC.

And after years of hiding his smile, it was time for Doug to see his new one for the first time. Still a little loopy from surgery, Doug still couldn't believe his eyes. His spouse Laura telling the doctors, "it's beautiful."

With his flawless new teeth, and the gift of confidence, Doug was ready for a new start, but there was still one thing Doug was missing. Being able to eat - and taste the food he hadn't in years.

Just over a week after surgery, WKYC's Lindsay Buckingham visited Doug at home to check in. And she brought along some celery - the one food Doug said he missed most during the time he had no teeth.

Together, they enjoyed that signature crunch.

"How does that taste?" Lindsay asked.

"It's wonderful, I feel like I’ve been given my life back, I feel fabulous," Doug said.

Special thanks to Implant Team Members: