Everyone can be themselves at Camp ALEC. And, everyone is heard. 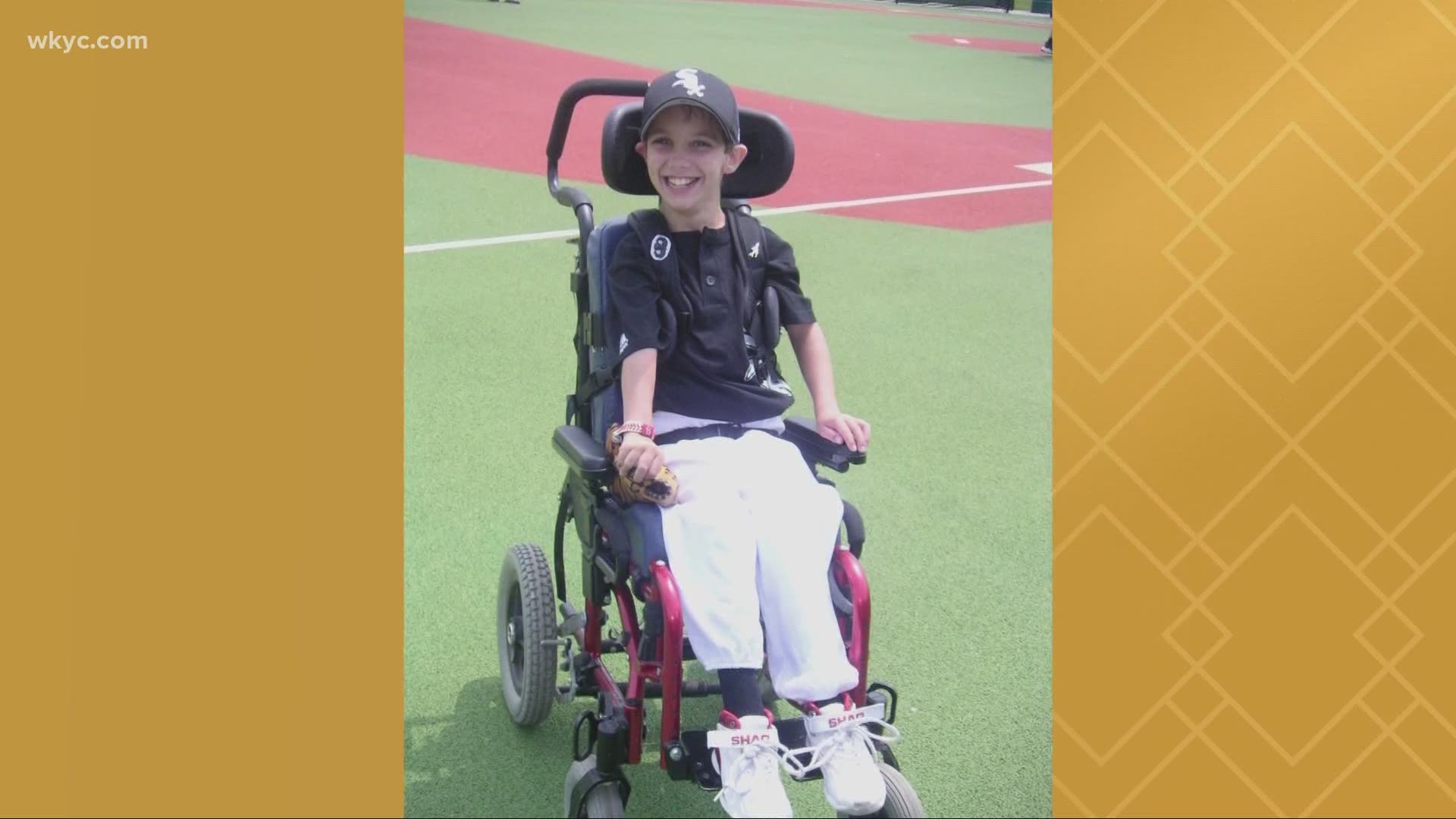 AVON, Ohio — Gina Cunningham knew something was different about her son, Alec, but it wasn't his spirit she couldn't see or hear.

Alec had spastic quad cerebral palsy. School, was challenging for him.

“Our goal as a family was to get him to read, and I struggled with teachers because they didn't know how to reach a kid who was so physically involved like Alec," Gina said.

Then, he found his voice using a cutting-edge AAC device -- Augmentative, Alternative Communication.

Gina and her friend, Tina Moreno, of Avon, decided to work together to help other families whose kids have the same struggles. Tina's son, Mateo, is also non-verbal. That's how the two women bonded.

“We're just really excited for our kids to be heard, to be seen, you know, for other kids who use augmentative and alternative communication devices to see that their kids like them, who talk like them," Tina said.

They tapped doctors Karen Erickson and David Koppenhaver to be a part of the vision, and the planning took off.

But in the interim, an unexpected tragedy happened when Alec was just 15. He had just started at a private school. Gina said, he loved it.

“So he was six weeks into the school year and we went to go and wake him up one morning and he wasn't there. It was a total surprise. It was sudden," Gina remembered.

Alec had died. But his imprint on society was just beginning.

“Well, I always told him he was going to change the world. I just didn't expect it in this way," Gina said.

Heartbroken by her son's death, but determined to carry on, Camp ALEC was born in 2014. Every summer, in Grand Rapids, Michigan, campers go for a week on their own. They learn more AAC language, and bond with their friends, therapists and counselors.

Tina and her 21-year-old son, Mateo, have a special agreement when he's at Camp ALEC.

"He's the only kid whose stuck with his mom all week. And so we kind of make a vow at the beginning of the week to ignore each other as much as possible. I want him to have exactly the same experience as every other kid. It's hard for us to do because we're pretty tight, but, I've really loved watching him grow," Tina said.

“We just want to be their megaphones. We want to give them a platform so that their voices are heard," Tina said.

Someone else heard, too: Hollywood producers. Christopher Stoudt and his film crew were blown away by the joy and progress at Camp ALEC. So, they made a documentary. Since then, it's snagged awards at film festivals across the country.

“Every child is capable of learning to read, write, and communicate, and it is so worth it. All of us need to take the time and wait and slow down and listen to what it is that they have to say," Tina said.

And to the boy, whose smile lit up a room:

“I am just thankful that Alec is being remembered. Because if you had met him, he was the nicest kid. Everyone says that about their kids, but I mean, he just glowed. His eyes just glowed. His smile would just light up a room and he was very approachable. I am just really thankful that his legacy goes on by helping other kids and families who struggle with, 'how do we get our kids to read' and 'how do we get their voice heard?' And so, I'm just very thankful for that ... that he lives on in that way," Gina said.

For more information on the Camp ALEC documentary, click HERE.

RELATED: Resources available to help families with children who have special needs